Potrero Hill Zoning Battle Moves to Board of Supes 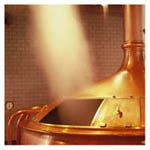 The Land Use Committee voted unanimously yesterday to send Sophie Maxwell’s interim zoning controls in Potrero Hill on to the Board of Supervisors. The vote came after over two hours of often emotional public testimony almost entirely in opposition to the new controls.

Should the Board pass it, Maxwell’s proposal would last one year and would emphasize production, distribution and repair (PDR) development over mixed-use in a 41 block area around Showplace Square. After amendments added yesterday, the proposal calls for an economic study of the affected neighborhoods and the completion of an Environmental Impact Report.

The Commission passed the proposal despite protests that it circumvents the more than two years of community involvement that went in to developing the current controls, rob the city of more than $30 million in tax-based revenue, and will encourage PDR over housing despite no demand for the former and tremendous demand for the latter.

Supervisor Aaron Peskin, speaking in favor of the controls, said they would allow Potrero Hill residents more time to develop a zoning plan, ultimately producing a superior neighborhood. He also referenced the live-work lofts controversy as an example of how rapid development has adversely affected City residents.

However, Peskin did emphasize his reservations about putting what would ultimately be a moratorium on development in the area, as well as his displeasure with how long the planning process has already taken.

“I am ashamed for the city and the planning department that this is still not done after four years,” said Peskin.

Maxwell did not address the public before voting, however, leaving several pointed accusations directed towards her unaddressed. Speakers asked Maxwell to make public apologies for two factual errors she made at last weeks Committee hearing, including when she referred to “scores of e-mails” from Potrero Hill businesses in support of the interim controls. A Sunshine request revealed she only received 16. In addition, Maxwell referenced an Association of Bay Area Governments report that projects 18,000 new PDR jobs in San Francisco between 2000 and 2025 – speakers claimed no such report exists.

Speaking in support of the interim controls, Maxwell stated that there was “overwhelming support for those who live and work in the area.” All three neighborhood organizations in Potrero Hill support the legislation, which hope the controls will stop the land speculation they say is currently driving up nearby real estate prices.

Support for the legislation also came from the Mission Anti-Displacement Coaltion, who argued that a renewed emphasis on PDR development would help keep blue-collar jobs in the City. They connected the current battle to the battle over lofts during the dot-com boom, when they stated rampant development displaced many poor tenants.

The Board of Supervisors will likely hear the proposed controls next Tuesday, December 14.