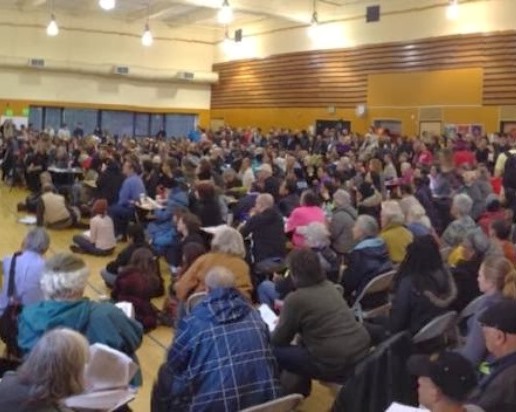 There could be 39 initiatives on San Francisco’s November ballot, and most  are entirely unknown to voters. That’s because city law allows the mayor or four supervisors to place an unlimited number of measures on the ballot. While the initiative process was designed to circumvent legislative opposition, San Francisco does not require that supervisors even try to secure legislative passage before placing  measures on the ballot.

This has to change.

I’m a strong believer in ballot measures. I’ve defended the process against   progressives arguing that a people power strategy has been has been usurped by powerful interests pursuing private gain.

But what is happening in San Francisco raises different issues.

Never before has the city’s elected officials, the political insiders who presumably do not need the initiative process, created so many ballot measures outside the signature-gathering process.

This political takeover of ballot initiatives excludes grassroots activists from a process developed for their benefit. It also mirrors the recent election for seats on the San Francisco Democratic County Central Committee (the DCCC), in which current and former supervisors used their higher name recognition to win seats that were traditionally held by non-politician activists.

Some believe enacting measures through politicians putting them on the ballot is a case of the end justifying the means. But when key constituency groups are not leading this process they are unlikely to see an election win as “their” victory or as having empowered them.

But most of the measures politicians seek to place on San Francisco’s November have never been subject to legislative campaigns. Instead of serving as activists only alternative in the face of political opposition, ballot measures have become politicians’ preferred choice.

San Francisco’s grassroots campaigns for downtown development restrictions and stronger tenant protections have long been driven by activist-led signature drives. Such campaigns empower people to get involved in civic affairs. In contrast, City Hall-driven ballot measures leave all but political insiders on the sidelines.

Politician and insider- spawned initiatives deny activists ownership of, and responsibility for, issues and campaigns. This is true even when a winning measure serves progressive interests.

Contrast these politician driven measures with the anti-speculation tax that lost in November 2014. It empowered grassroots progressives despite its defeat. Emerging from a process of citywide tenant conventions that was pioneered with Prop H in 1992 (SF’s first winning tenant ballot measure), Prop G galvanized tenants and was a product of a democratic process bypassed by most of the current “progressive” measures scheduled for November

Whereas activist driven ballot campaigns address a particular crisis, many of the insider-driven measures set for November are about politics. Specifically, measures are being put on the ballot to impact races for Supervisor or State Senate, or even other initiatives.

I recently described an ill-conceived charter amendment currently backed by five or six supervisors that would place the Mayor’s Office of Housing and Community Development and Office of Economic and Workforce Development (OEWD) under a Housing Development Commission. This measure emerged outside any public, democratic process, and on its face is drafted as a poison bill should an even more mistaken ballot measure backed by the Board of Realtors reach the ballot.

As I also wrote, the city’s “moderates” are just as insider driven. Mark Farrell’s anti-camping measure is all about creating a wedge issue for moderate supervisor candidates and Scott Wiener in his State Senate race; it does nothing to reduce homelessness, its alleged goal.

The Power of Money

Who will fund all these politician and insider driven San Francisco initiative campaigns for November?

There will be far too many progressive measures for grassroots activists to support on top of the supervisor and State Senate campaigns. So that means two things.

First, the insider deals creating or dropping these measures include a money component—i.e. If we agree to x, you must help fund the campaign for or against y.

Second, progressive campaigns search for well- funded measures—in November it could be the developer backed Jobs, Housing and Parks Now campaign that excludes parts of Bayview-Hunters Point from Prop M’s office limitations—that they can exchange an endorsement for money to fund their own slate mailers. This can create public relations problems, as occurred when the Harvey Milk Club took money from the anti-soda tax campaign in 2014 after voting to oppose the initiative, but there are safer moneyed interests needing progressive support in November to avoid this risk.

A critical funding source for these insider-driven progressive ballot measures will be through progressive control of the DCCC slate card. Campaigns pay handily to get prominently featured on the card, which helps explain where  funding will come for such a large number of November ballot measures.

Ultimately, aren’t even insider driven progressive-backed ballot measures justified by the benefits? I wish I could believe that. But when I see so many of these measures having little to do with directly improving the lives of working and low-income people—Jane Kim’s free City College tuition plan being a key exception—that explanation doesn’t fly.

The sheer length of San Francisco’s November ballot (there are also many state ballot measures) will cause many to vote on initiatives they know little about. Paid political ads will be at a premium.

Is a poorly informed electorate a good thing for progressives or the city as a whole? I don’t think so.

It’s time for an initiative to limit the number of initiatives an individual supervisor or mayor can place on a single ballot. Too bad it’s too late for a measure imposing these limits to join the over 30 other measures for November.