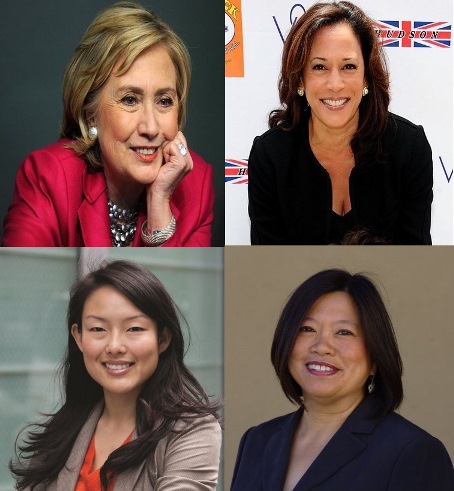 The November 2016 elections will be a plebiscite on the public values of the United States. Will voters openly embrace the racism, misogyny, religious hatred, and climate change denial promoted in the GOP presidential race? Or will they back the values that propelled Barack Obama’s two sweeping presidential wins?

The stakes are high.

While Republicans have long relied on racial subtexts— from Richard Nixon’s 1968 “Southern Strategy” to Ronald Reagan launching his 1980 presidential campaign in Philadelphia, Mississippi where three young civil rights activists were killed—these appeals became overt in 2015.  Donald Trump calling Latino immigrants “rapists” and his push to ban Muslims from entering the country has taken GOP racism out of the closet.

Add the potential elimination this spring of race-based affirmative action by the Republican majority on the Supreme Court and the GOP’s campaign to reverse civil rights gains—including those impacting immigrants and gays and lesbians– is in full swing.

While the media promotes, terrorism, ISIS and fear as driving the 2016 national elections, voters are more concerned with income inequality, economic fairness, student debt, and other issues that heavily favor Democrats. Add in the ongoing demographic shifts that make the electorate younger, less white, and more tolerant on social issues and there is simply no reason to believe that 2016 will produce national election results different from 2012 and 2008.

I have long admired Bernie Sanders. His decision to run for president typifies the strategic savvy that he has long demonstrated. His campaign has engaged millions who otherwise would not have become involved in the Democratic nomination race, and he unquestionably moved Hillary Clinton to take more progressive stands.

But for all of the grassroots excitement over Sanders, the electoral calculus strongly favors Clinton. She is far ahead in post-New Hampshire contests and should dominate Super Tuesday in March. Sanders supporters seeing parallels to Obama’s 2008 campaign overlook the huge margins Obama rolled up in southern primaries among African-American voters; Clinton, not Sanders, will win these voters in 2016.

Despite polls showing that many voters do not trust Clinton or even like her, her greater support among white working class voters means she could do even better in November than Obama in Virginia, Florida, Ohio and other swing states. November is a long way off, but it is hard not to see Hillary Clinton—or Bernie Sanders if he is the nominee– becoming our next President.

As for the Republicans, my October prediction of a Rubio-Kasich ticket is not looking good. Both remain top choices for the VP slot, but Rubio has fallen behind Trump and Cruz despite being seen as more electable.

Trump, Cruz or Rubio are all far weaker nominees than Mitt Romney in 2012. That is not a good sign for a party also facing major demographic obstacles to winning presidential elections.

What might have been a close race changed following Sanchez’s December claim that “between 5 and 20%” of Muslims “are willing to use, and they do use, terrorism.”   Sanchez backtracked following the media firestorm but this Trump-like assertion was both bad policy and destructive politics.

I wrote a year ago that “Harris would defeat any other candidate in either the Senator of Governor’s races.” Harris will be California’s next Senator.

San Francisco faces its most exciting local election year since 2000. In addition to having several open seat supervisor races, the Jane Kim-Scott Wiener State Senate race is the first time the redrawn district covering all of San Francisco is up for grabs in a competitive race.

Since I wrote about this race in October (“Jane Kim Running for State Senate in 2016”), Kim’s campaign has taken off. She won a major endorsement from IBEW 1245, showing her ability to win support beyond the usual progressive base.

Whereas Kim can expand her support I don’t see Scott Wiener doing the same. Progressives strongly dislike Wiener. He will likely get the major share of Republican voters, but otherwise there are not enough moderate, pro-landlord voters to match Kim’s broader base.

Kim will also benefit from the “Year of the Women” messaging filtering down from Hillary Clinton’s historic nomination. Men hold San Francisco’s top city and state positions (Chiu and Ting in the Assembly, Lee as Mayor), and moderate women voters may go with Kim to address this imbalance.

There’s a long way to go but I think Kim is the favorite in this race.

This race to replace termed out Eric Mar is primarily between School Board member Sandra Lee Fewer and Filipino activist and fundraiser extraordinaire, Marjan Philhour. Philhour would be the first Filipino American elected to the Board though there is not a big Filipino electorate in the district.

Fewer has an edge for three reasons: she has greater name recognition due to her running for School Board, her progressive politics better fit a district that twice elected Mar, and San Francisco likes to promote School Board members to the Board of Supervisors. Tom Ammiano and Leland Yee became supervisors after serving on the School Board as did Jane Kim and Norman Yee.

Philhour is raising considerable funds and most voters have yet to pay attention to the race. But for moderates looking to seize a progressive seat, District One does not look promising.

Board President London Breed faces a re-election challenge from Dean Preston, founder of Tenants Together and a longtime contributor to Beyond Chron (Preston also came up with the name “Beyond Chron”).

Breed’s chief advantage is that no elected incumbent has lost re-election since district elections and ranked choice voting applied to supervisor races. Ranked choice voting has become an incumbent protection act, as incumbents’ higher name recognition helps them secure second and third place votes across political lines ( defeating Supervisor incumbents under the runoff system was also difficult). Moderates saw Eric Mar as vulnerable in District 1 in 2012, but he easily won re-election against a well- funded opponent.

Breed’s vulnerability is a voting record too moderate for her progressive district. Breed also publicly campaigned for Julie Christensen against Aaron Peskin in the D3 race, reflecting her position as part of the Board’s moderate bloc. Preston will make the case that a district that elected Matt Gonzalez and Ross Mirkarimi deserves a pro-tenant progressive, and that Breed is out of touch with her constituents.

Preston’s challenge is that Breed is already moving left in response to his candidacy. She joined the Board’s progressives in voting down the 30 Van Ness project, introduced legislation to double the affordability of new housing on Divisadero (after Preston criticized her on the issue), and introduced an amendment to Mayor Lee’s density bonus legislation that would protect rent-controlled housing.

Breed understands the D5 electoral dynamics. If she continues voting with progressives through 2016, Preston faces a tough challenge arguing she is not politically aligned with D5. Expect the Board’s progressives to bring a number of issues up for vote that will force Breed to choose between her moderate base and D5’s progressive electorate—even one wrong step could give Preston the opening he needs.

This race to replace the termed-out David Campos comes down to a simple question: is a district that includes the progressive Mission and Bernal Heights hungering for more moderate representation? I see no such evidence. Last November’s voting shows D9 as progressive as ever. This gives a strong edge to Hillary Ronen, Campos’s legislative aide, in the race to succeed him.

Ronen is backed by both Campos and his predecessor, Tom Ammiano. She will get all the progressive endorsements. Ronen also lives in the more moderate Portola neighborhood, so will get far more support there than if, like Campos and Ammiano, she lived in Bernal.

Joshua Arce was appointed to the DCCC last year and is running for election to that body in June. Arce will have money, some labor support, and will mount a strong campaign. But D9’s politics are closer to Ronen’s.

Edwin Lindo is also a progressive candidate, but I disagree with those concerned that he and Ronen could “split” the progressive vote. Ronen will be the top progressive endorsement and the first choice of most progressive voters in D9. Lindo’s second choice votes will go to her rather than Arce, increasing her chances of victory.

I see the D11 race between SEIU Local 1021 Political Director Kimberly Alvarenga and SEIU Local 87 consultant and neighborhood activist Ahsha Safai as the most competitive and perhaps the most interesting supervisor’s race of all.

Safai narrowly lost to John Avalos in 2008, and has remained involved in the district. Typically perceived as a “moderate,” he has enough progressive support to win this race.

Alvarenga’s politics are closer to Avalos’ and she will likely sweep the progressive endorsements. She would also become the first lesbian elected to the Board in over fifteen years.

D11 politics are less clear than in other districts. On the one hand, progressives have four straight wins, which bodes well for Alvarenga. But Safai’s near victory in 2008, his history in the district, and backing by progressives like Jane Kim (who duo endorsed) makes this race more about specific issues than political labels. I see D11 as the only supervisor’s race that currently is a true tossup.

The high stakes means there will be a huge voter turnout in San Francisco, California and nationally in 2016. And if Republicans nominate Trump or Cruz for president, for Democrats and progressives it will be the best of all possible years.

Randy Shaw is Editor of Beyond Chron. He writes about changing San Francisco in his new book, The Tenderloin: Sex, Crime and Resistance in the Heart of San Francisco.