Political Football: Centers for Disease Control in NFL’s Pocket Too, on Concussion Issue 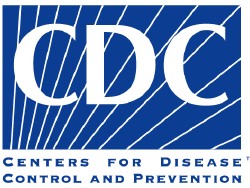 What the sports-reform movement still lacks, but may soon acquire, is its equivalent of MADD – Mothers Against Drunk Driving. We can call it PUNT – Parents Under Neurological Trauma. Though you’d never know it from the mainstream coverage of this season’s crop of sentimental tales of brain-damaged teenagers who were wheeled out weeks later to drink in the roar of the crowd, public high school football is going down.

As this story was being filed, catastrophic injury monitor Matt Chaney was still finalizing the new edition of his list, but it’s clear that across the country in 2011 there are already more than 30 cases of brain and spine injuries to young players.

What fans and others have yet to process is the fact that almost every one of these is a potential seven-figure lawsuit against a school system – and that the emergence of “concussion awareness,” along with the marketing of phony band-aids like National Football League and World Wrestling Entertainment doctor Joseph Maroon’s “ImPACT concussion management,” make such litigation more, not less, viable. In case after case, we’re learning that understaffed, bloodsport-pandering athletic departments are using ImPACT to clear kids for return to play; they then experience not only ongoing cumulative brain damage, but also specific vulnerability to “second concussion syndrome.”

Remember Adrian Padilla, the Oxnard High School player I wrote about in this space on September 21? Last Friday the Ventura County Star reported that young Padilla, “honorary captain” for the game against Ventura High at Larrabee Stadium, was led to midfield for the opening coin flip. The story’s 10th paragraph got around to mentioning that Padilla “had suffered a minor concussion” two weeks before the incident at the game in San Luis Obispo, in which he collapsed from a near-fatal subdural hematoma.

Like the office of the surgeon general in 1962, which issued the famous public-health warning against tobacco products, the Centers for Disease Control would seem positioned to be the last bastion of national sanity. But not in the bread-and-circuses America of 2011, where even the CDC bows to King Football. Last week’s outrageous and unprofessional standing ovation for NFL commissioner Roger Goodell at the convention of the Congress of Neurological Surgeons was a run-up to the announcement that the CDC and the NFL have partnered up to publish an educational toolkit for school trainers and medical personnel for the treatment of concussions.

A CDC spokeswoman admitted to me that the NFL’s $150,000 grant for “Heads Up” marked “the first time the CDC Foundation has received external funding to help support” this initiative, which has a decade-long history encompassing various outreach to health care professionals and patients, school professionals, sports coaches, parents, and kids and teens. (CDC’s own funding for this program has averaged around $200,000 a year.)

It’s enough to call into grave question the independence and credibility of CDC’s announced plans to promulgate national school sports “concussion protocols,” as touted last week by Senator Robert Menendez and Representative Bill Pascrell, both from New Jersey. The CDC spokeswoman, Gail Hayes, told me, “We are very early on in this process, so at this point, we have not made any decisions on the make-up” of the panel of experts envisioned by the Menendez-Pascrell initiative. “However, our hope is that over the next 2-3 years to be able to build a collaborative and uniform guidance on diagnosis and management of [traumatic brain injury] for kids and teens that can be used in health care professionals offices, emergency departments, and training rooms nationwide.”

But the real question is: How many more kids have to die or become disabled by the ill-advised activity of tackle football while the CDC studies the issue up the wazoo with “experts” either hand-picked or influenced by the NFL?

The same day Adrian Padilla enjoyed his moment of Purple Heart glory in Ventura County, Porter Hancock of South Summit High School in Kamas, Utah, was left paralyzed from the chest down by a dislocated neck sustained during a tackle in a game against Emery High. A commenter at the website of the Deseret News wrote:

“Why in the world do the public schools sponsor inter school sports — especially the rough ones where kids get injured for life? This paralysis is not an isolated incident but because of the seriousness of it, it gets a lot of press. What about kids who get concussions where the effects of it don’t show up for several years later? What about the messed up knees, etc. I realize that some athletes get inflated egos from their participation, but is that healthy? Of all the different extra curricular activities, interschool sports is the poorest predictor of long terms success. When was the last time someone got injured in a debate meet? Or in a theater production? Or writing for the school paper? Or as part of the school orchestra or choral group? These students don’t get as much ‘press’ but participation in these activities is a much better predictor of long term success than participation in athletics. And, a school’s athletic budget is much greater than the other extra curricular activities. The state ought to drop athletics and focus education dollars where they can do the most good.”

Sound ideas, all – but they won’t be implemented in a vacuum, without the work of a MADD-style lobby spearheaded by families whose children have paid the ultimate and penultimate price for youth football with their future lives or quality of lives. Slowly but surely, this population will refuse to be bought off with Red Badge of Courage b.s., and will work to improve the prospects of others by issuing more than just platitudes about safety and the character-building benefits of football.

In the early seventies, the comedy album National Lampoon’s Lemmings featured the platform statements of a politician beholden to the auto industry. Every time he was asked a question, this public servant’s only answer was to replicate the honking sound of a car. Today, football follies are as hard for our political system to confront as the environmental damage caused by economic and cultural addiction to our vehicles.

Now it’s the CDC’s turn. If the agency’s “concussion protocol” project doesn’t tackle the broader public health tab of football jihadism, then I suggest it change its name to something more reflective of its subservience to the power and money of the NFL.