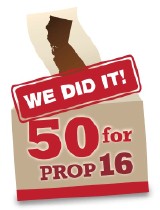 Several weeks ago, I noticed that one of my friends on Facebook was a “fan” of Proposition 16 – PG&E’s Monopoly Protection Act that is easily the worst measure on the June ballot. After I chewed him out for it, he expressed shock to even be on that page. Apparently, PG&E had added him on as a supporter without his consent. Today, just as the Prop 16 campaign boasted that it now has 50,000 “fans” on Facebook, I received a press release from the Sunrise Center in Marin County – who complained that some of their own staffers (who are working hard to defeat Prop 16) have also been added as “fans.” Besides exposing a serious loophole in Facebook’s privacy features, it also proves that PG&E’s $40 million campaign to pass Prop 16 includes committing identity theft.

Women’s Energy Matters (WEM) is reporting these incidents to the Secretary of State, Attorney General, California Public Utilities Commission and State Senator Mark Leno, asking for immediate investigations and injunctions against PG&E and Facebook. WEM, Christy, and Kiki are advocates for Marin Clean Energy, the community-run alternative to PG&E that launched May 7th and provides local residents and businesses twice the renewable energy as PG&E at the same cost. If Prop 16 passes, local communities would require a two-thirds vote to create a similar “public option” to PG&E – which scares the giant utility company because they would have to face competition.

Barbara George, Executive Director of WEM commented, “The whole point of Facebook is to be in touch with people you know and trust, so for PG&E’s campaign to misappropriate Facebook identities and friends lists in order to falsely claim that people ‘like’ Prop 16 is an intolerable invasion of privacy and subversion of democracy. The June 8 election on this measure has been tainted by massive false advertising and dirty tricks, and Facebook identity theft is a new low. PG&E is already spending $46 million on TV and print ads promoting Proposition 16 which, if it passes, would make it virtually impossible for communities to follow Marin’s lead to provide cleaner cheaper power for their residents and businesses.”