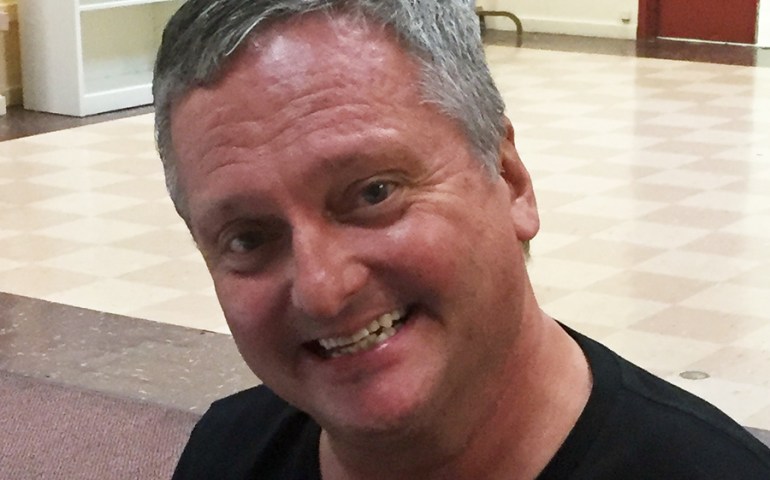 Peter Neuendorff, longtime leader of Caritas Management and a pioneer in the field of nonprofit property management, died tragically on June 28. Neuendorff choked while eating lunch and died from the resulting cardiac arrest.

I met Peter on virtually his first day working in property management. It was either in 1983 or 1984, and I was leading a campaign against Guenter Kaussen, described by Der Spiegel (the German equivalent of TIME) as the world’s biggest slumlord. Kaussen had vast holdings in West Germany, Atlanta and Canada, and almost overnight became the largest apartment owner in San Francisco’s Tenderloin.

Our pressure had led to the resignation/firing of the head of Kaussen’s San Francisco operations. Neuendorff became the replacement. From the very start Peter and I hit it off. He really tried his best under very difficult circumstances. And working for Guenter Kaussen was as difficult as it gets.

Our campaign, which I discuss in my book, The Activist’s Handbook, eventually brought down Kaussen’s entire empire. But Peter hit the ground running. In 1986 he joined Caritas Management Corporation, which was created in 1982 as an subsidiary of Mission Housing. He became President of Caritas in 1992.

When my organization decided in 1999 to begin managing SROs for formerly homeless persons, the first person I called for advice was Peter. He was always gracious with feedback and open to new approaches.

Caritas now runs nearly all of Mission Housing’s properties, the Cadillac Hotel, and many other nonprofit projects. Peter laid down procedures for property management in supportive housing that became the template for other organizations.

Given Peter’s historic role and Caritas’ reach, one might wonder why he remained little known to the public. I could find no obituaries or newspaper articles following his death.

I think the reason is twofold.

Second, property management in supportive housing is a thankless job. If anything bad happens to a tenant under your management, your failure becomes a major news story. But your daily success at avoiding problems while managing a challenging tenant population gets little credit, being akin to the lack of stories on planes landing safely.

Thousands of San Francisco tenants have lived in better housing conditions because Peter Neuendorff devoted his immense skills to their betterment. His legacy will live on through Caritas, and his contributions will not be forgotten.