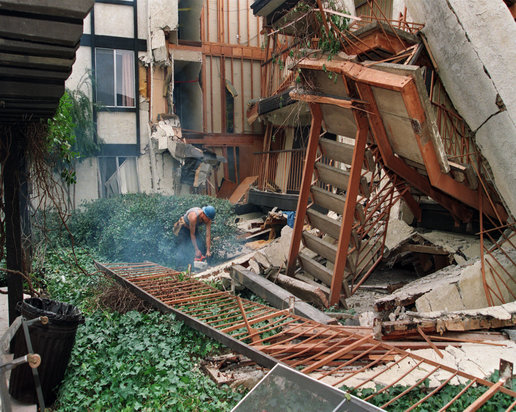 The plan, released Monday, calls for mandatory upgrades to potentially thousands of seismically vulnerable wood framed and concrete buildings throughout the city, many of them apartments.

Building owners would have either five years to upgrade a so called “soft-story” wood-framed structure or up to 30 years to retrofit a non-ductile concrete one.

It is estimated that shoring up these structures will cost anywhere from several thousand dollars to more than $1 million.

Gross said building owners are allowed to pass on 100 percent of the cost of a retrofit to tenants by increasing rent. However, he added that landlords can only raise monthly rents by $75 under the city’s Rent Stabilization Ordinance.

Still, L.A. has a famously high cost of living, and a recent UCLA study found that the city has the least affordable rental market in the U.S., based on the portion of a renter’s income that goes toward rent.

“Tenants have no more room to cut back to pay additional costs,” Gross told KPCC.

He also worries that some landlords will simply wait until current tenants leave and then raise rents, driving up prices around the city.

Developer Carl Lambert is also worried about the cost of retrofits. He’s been an apartment owner for 39 years and is on the board of the Los Angeles division of the California Apartment Association.

Lambert said he’s retrofitted buildings in the past and will likely have to update another if the mayor’s plan is approved.

“I know how expensive it is, and I know the kind of red tape I had to go through to get the permits,” he said.

In the past, it took him nearly three years to complete a retrofitting project, added Lambert.

During construction some landlords may be forced to relocate tenants, which would add even more costs.

Lambert noted many landlords simply don’t have the capital to pay for this sort of work.

“Those owners can’t finance the improvements to their buildings without getting an increase in rent,” he said in an interview with KPCC.

But securing such an increase can be difficult, according to Lambert, because of L.A.’s rent control law. He says the city doesn’t approve every request for a rent increase.

Without securing that extra money, many banks won’t pony up loans, he argued.

James Clarke, Executive Vice President of the Apartment Association of Greater Los Angeles, told KPCC’s AirTalk that his organization hopes to work with the city to find ways of mitigating these costs for both building owners and renters.

“We feel cautiously optimistic that we will be able to work something out,” he said.

“It’s not going to be completely easy on everybody,” Garcetti said in a press conference to announce the plan, dubbed “Resilience by Design.”

So far, the mayor has mentioned a variety of ways to lessen the financial blow, including tax breaks, exemptions on business licenses fees and floating a state bond to help offset costs.

The mayor urged the city council to approve his plan, saying that it could save lives and allow Los Angeles to recover quickly from a major earthquake.

This piece was first published by KPCC Radio