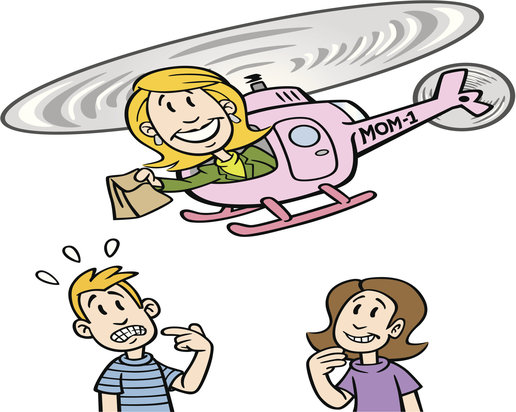 Some parents in Mill Valley are disrupting school lunch, and not in a good way.

It is common for parents to send food to school to celebrate their child’s birthday, and some of that food (okay, most of it) is of the sugary/junky variety – think cupcakes, bags of chips, and giant bottles of soda to be shared with the whole classroom. But, as Leah Garchik recently reported in the SF Chronicle, some Bay Area parents have taken the celebration of their child’s birthday at school to a whole new level.

Garchik writes, “Spies report that at Mill Valley Middle School, some kids get lunch delivered, either by their parents or straight from restaurants. ‘We are starting to see an increase in parents delivering special lunches on a daily/regular basis to their children,’ said a note sent to parents by the school administration.”

Parents wanting a special birthday lunch for their own child is understandable, even if a restaurant-delivered meal is a step up from the favorite sandwich and birthday snack cake, packed into a lunchbox, that was commonplace even in the mid-1950’s.

But Garchik explains that now parents are having meals delivered to their child’s friends as well.

The note sent home to Mill Valley parents continues, “We have also seen an uptick in parents delivering lunch for many students to celebrate their child’s birthday, or bringing dozens of donuts or cupcakes, or even having lunch for their child and friends directly delivered to the school by the eatery. While everyone enjoys birthday celebrations, it is not appropriate for students to hold exclusive student lunches. This causes a frenzy for the kids who were not included and who want some of the burger and fries, pizza, donuts or cupcakes, etc.”

What are these parents thinking, exactly? That middle school doesn’t present enough challenges for kids who are at a point in their lives where fear of social exclusion haunts them daily? Is it really necessary for 12 year olds to have to witness every day who gets included in the special birthday lunch, and who gets treated like an outcast?

Birthday celebrations have evolved from that1950’s child’s Twinkie in the lunchbox, with the real party held at home on the weekend. For decades now, boxes of cupcakes or cookies have been brought to school by students (or their parent), to share their birthday with the whole class.

There are plenty of good arguments to be made against birthday cupcakes shared by everyone in a classroom, but the idea of treating birthday students and a select group of friends to a special catered lunch at school, in full view of all those who were excluded from the party, is over the top and just plain rude. In what world is this acceptable?

Given the almost overpowering desire of most 11-14 year olds to “fit in” at school, no matter what, I would bet that more and more students will ask, or even demand, that their families participate in this fad too, even if their parents aren’t similarly inclined. Really, who can blame kids, who just don’t want to be the one who gets left out?

But parents need to remember that celebrating their own child, with a special school lunch for just a few kids, can emotionally harm the many excluded kids. Remember middle school, when adolescents define themselves primarily by their social status, and revert to that daily kindergarten worry “Will I have a friend today”? Do they really need any more stress?

Also of concern, when these private lunches draw customers (if not the birthday student, then certainly some of their friends) away from the school meal program, it hurts the viability of that meal program, which also serves the free lunch population. And yes, there are free lunch kids even at tony Mill Valley Middle School (twice as many in 2015 as in 2011).

Mill Valley currently contracts with the high-end company Choicelunch, which in 2011was chosen to replace another healthy school meal vendor, Revolution Foods (despite the fact that one of Rev Foods’ founders lived in Mill Valley).

True to its name, Choicelunch offers more choices for students than other school meal companies, including 2 vegetarian and 2 gluten-free choices daily, and occasional vegan meals, with more under development. Students eligible for government-funded meals get the same choices as paying students.

Choicelunch co-founder Justin Gagnon told me, “The goal of Choicelunch is not to create ‘a frenzy’ in our schools in the same way a few dozen cupcakes or the In N Out truck would. As a company, our goal is to provide our families with a daily choice of wholesome lunches that give our students sustained energy for their day.”

A parent of four, Gagnon has concerns, shared by many parents, about both the quality and frequency with which today’s kids are given “treats”, often behind parents’ backs.

He explains, “The proliferation of the trend of birthday treats in schools is actually very frustrating. There’s ALWAYS ‘something special’ going on, and the frequency of ‘treats’ in school and extracurricular sports and events is beyond reasonable. We have a ‘no more than one treat per day’ rule in our house, and our ability to celebrate and enjoy a treat with our kids is often subverted by some school or birthday celebration that we weren’t even aware of.”

I’d like to think it is just a small number of entitled Mill Valley parents who are hosting these exclusive lunches, and that now that they have been notified by the school that their private on-campus birthday parties are causing “a frenzy” among excluded students, they will discontinue this selfish and disruptive practice.

But then again, this is in a school district that recently felt compelled to develop a Protocol to address bad behavior at school – behavior not by students, but by their parents.

If some parents won’t stop glorifying their own special snowflake long enough to see what is best for the whole school community, then the school must be willing to take further action.

There’s another administrative regulation on the books at Mill Valley Middle School that could be used to prevent the “frenzy” caused by allowing outside food to be delivered to school. Regulations say all visitors to campus must register.

Further: “The principal or designee or school security officer may revoke a visitor’s registration if he/she has a reasonable basis for concluding that the visitor’s presence on school grounds would interfere or is interfering with the peaceful conduct of school activities or would disrupt or is disrupting the school, students or staff. Penal Code (627.4)”

In other words, if the result of parents bringing or sending special birthday lunches to school for select students is causing a frenzy among those deliberately excluded from the fun, then the school can and should keep such deliveries off the campus.

But it’s a sad day when a few entitled parents are so focused on pampering their own student at the expense of others, that anyone might need to invoke the Penal Code to get them to stop.