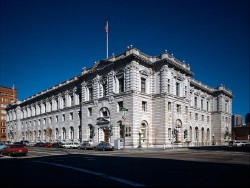 Torture memo author Jay S. Bybee, now a federal judge on the Ninth Circuit Court of Appeals, authored a controversial decision in September 2009 to invalidate a local rent control law in the city of Goleta, California. The Goleta law provides a strong form of rent control (known as “vacancy control”) for residents in mobile home parks. Last week, the Chief Judge of the Ninth Circuit ordered review of Judge Bybee’s anti-rent control ruling. Chances are the decision will be reversed, sparing mobile home residents in Goleta (and elsewhere in California) from higher rents and loss of equity in their mobile homes.

It is hard to think about Judge Bybee without thinking of his involvement in the infamous torture memos. After news of the torture memos came out last year, the New York Times called for Bybee’s impeachment. The Times wrote: “these memos make it clear that Mr. Bybee is unfit for a job that requires legal judgment and a respect for the Constitution.” Nonetheless, to this day, Judge Bybee sits on the Ninth Circuit Court of Appeals in San Francisco.

It appears that a majority of the sitting judges on the Ninth Circuit may agree that Judge Bybee’s decision was lawless, much like his torture memos. On March 12, 2010, Chief Judge Alex Kozinski ordered that the controversial Guggenheim v. City of Goleta case will be reviewed en banc by the Court of Appeals for the Ninth Circuit: “Upon the vote of a majority of nonrecused active judges, it is ordered that this case be reheard en banc … The three-judge panel opinion shall not be cited as precedent by or to any court of the Ninth Circuit.” En banc review means that a panel of 11 judges will now review and decide the case.

The Ninth Circuit now has an opportunity to get this right. In the meantime, park owners cannot rely on the Guggenheim case to collect higher rents from mobile home residents across the state, most of whom are low- or middle-income and struggling in the current economy.

The big park owners share a common goal with other landlord zealots in California: eliminate rent control wherever it exists. They failed to accomplish this goal at the ballot box when their measure, Prop. 98, was defeated by a large margin in June 2008. So they have turned to the courts, trusting that unelected judges will serve their interests and accomplish what they have been unable to accomplish through the democratic process. Judge Bybee was willing to oblige. However, expect the Ninth Circuit to follow the law and reverse the erroneous Guggenheim decision.