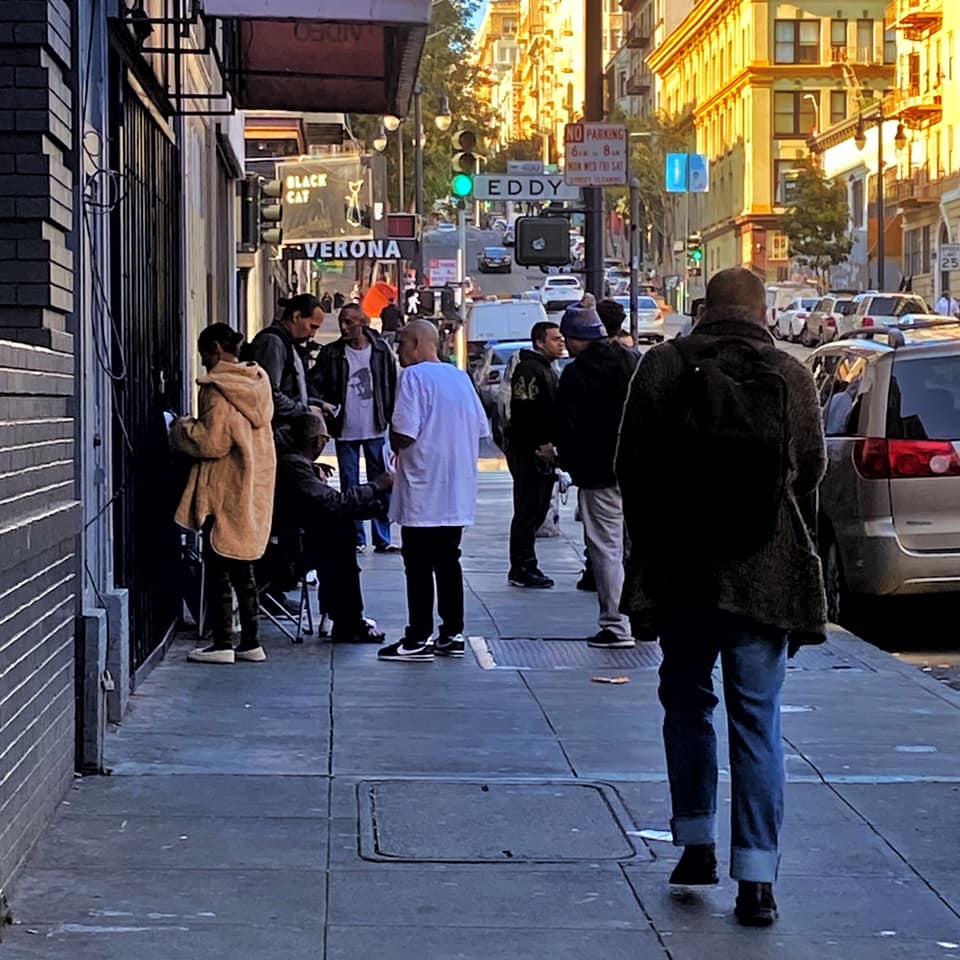 I recently wrote about my forty years working to improve San Francisco’s Tenderloin neighborhood (“After 40 years the Tenderloin at Another Crossroads,” SF Chronicle, February 23).  I particularly highlighted how the city has long allowed activities in the Tenderloin it prevents in gentrified neighborhoods. I feared that the Tenderloin’s recent progress was confronting another pattern of the city providing a lower level of safety and security to the neighborhood.

Sad to say, but the Tenderloin’s street life has changed little since the pandemic began. Drug dealers still do business, there were 180 tents one day last week (not always one to a tent or six feet apart), and the 300 block of Golden Gate has become the city’s felony capital.

Last week saw a major effort by the SFPD to clear out crowds at UN Plaza. That’s great. But nobody lives in UN Plaza. In contrast, thousands of children live in the Tenderloin. Why did clearing UN Plaza become a higher priority than safety in the residential Tenderloin?

This is a good time to read a 2004 San Francisco Chronicle story, “Newsom takes his turn at trying to clean up Tenderloin.” The former mayor now California governor set in motion a strategy that sounds remarkably similar to what we are seeing now. It included a “Tenderloin Scrubdown” plan, increased police targeting of drug dealers, homeless outreach by social workers, and a kids parade to “take back” a local park.

Longtime Tenderloin advocates cheered Mayor Newsom’s plans for the neighborhood. And I know from my experience with Newsom that he truly wanted the Tenderloin’s problems to be solved (he is the only mayor with the political courage to demand improvements at SEIU Local 87’s illegal parking lot/drug dealer hub at Turk and Hyde).

But as I point out in my article and in my book, The Tenderloin: Sex, Crime and Resistance in the Heart of San Francisco, City Hall’s commitment of resources to the Tenderloin never continued long enough to bring meaningful change. And now the pandemic again shows how enforcing social distancing is a priority in San Francisco neighborhoods—but not in the Tenderloin.

If further proof is needed of how the coronavirus expands inequality, ride your bike or drive your car through the Tenderloin (many sidewalks are not safe to walk). It is a case study of how San Francisco’s double standard when it comes to Tenderloin safety continues.