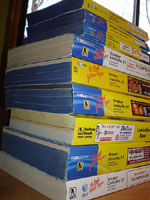 San Franciscans who get their November voter guide and complain that it looks like a phonebook may want to blame PG&E. The power company paid for most of the 30 ballot arguments against Prop H (the Clean Energy Act) in what appears to be a blatant Astroturf campaign. But the handbook also has 36 paid ballot arguments for Prop A (SF General Hospital Bond) – which has a more diverse coalition. Prop B (Housing Charter Amendment) will be another Battle Royale – with housing and environmental groups on one side, and landlords on the other. The same can be said about Prop M – which deals with tenant harassment. Two of the tax measures have few opponents, but downtown real estate interests are opposing Prop N (Transfer Tax) – as all three taxes enjoy broad support. Three other propositions (L, S and I) have support from the Mayor’s allies, but progressives didn’t pay for ballot arguments against them. Prop K (the prostitution) generated lots of paid ballot arguments with unusual alliances – but opponents are a more diverse coalition. And Prop V (Support JROTC) likewise will be fiercely contested, while the remaining ten local measures should be rather quiet.

Beyond the Official Ballot Arguments in the Voter Handbook (which I covered on Monday), advocates on local propositions can submit paid ballot arguments. While the official arguments are good to assess what “talking points” will dominate a campaign, paid arguments suggest: (a) which measures will be hotly contested (i.e., how much money will be spent), and (b) what types of coalition have come together to pass or a defeat a proposition. And with 22 local propositions, sifting through these arguments can feel like reading the phonebook.

There are 36 paid arguments just to support Proposition A, the bond measure to revamp SF General Hospital – with support from across the political spectrum. Beyond health care advocates and professionals, we have faith leaders, labor leaders, the Chamber of Commerce, LGBT advocates, neighborhood groups, seniors, and every elected official in the City. In a true Kumbaya moment, Aaron Peskin (who chairs the SF Democratic Party), Ross Mirkarimi (who’s a Green) and GOP Chair Howard Epstein co-signed an argument that said: “with such a crowded ballot, there’s plenty of room for disagreement and conflict. But Prop A is one thing we can all agree on.” Only two people paid to oppose Prop A – both of whom cited government oversight issues.

The Sierra Club, SF Tomorrow and League of Conservation Voters have paid arguments for Proposition H – the Clean Energy Act – along with SEIU Local 1021, Senior Action Network, Harvey Milk Club and School Board and College Board members (who say “switching to clean energy will set an example for our children.”)

But PG&E has waged a full assault against Prop H – with a whopping 30 paid arguments that advocate its defeat. While the Chamber of Commerce, pro-landlord groups, Plan C and BART Director James Fang also paid to chime in against Prop H, the private utility company paid for many others to submit ballot arguments. All of them focus on the fact that Prop H allows the Supervisors or the SF PUC to issue “revenue bonds” – which they say will cost the City $4 billion. PG&E beneficiaries who chimed in against Prop H include a self-proclaimed “environmentalist,” a few residents of Potrero Hill, and a board member of the LGBT Center. Looks like a typical Astroturf campaign.

Proposition B, which sets aside money for affordable housing, features the old “landlord vs. tenant” fight that we see on every San Francisco ballot. Homeless rights groups say it will help the City meet the goals of the Mayor’s 10-Year Plan to End Homelessness – while tenant groups, Coleman Advocates, the Sierra Club, SF Tomorrow and neighborhood groups in SOMA and Bernal Heights all join in to support. “No on B” paid arguments include: the Chamber of Commerce, landlord groups, the SF Republican Party, Association of Realtors and Plan C – who all say it will “hamstring the budget.”

We also see this dynamic with Proposition M – which gives tenants a remedy for landlord harassment – as many of the same groups chime in to support. But we also have a “Yes on M” paid ballot argument from CitiSTOP, a group that organizes against landlord abuses by CitiApartments, which says: “as tenants, we are faced with repeated invasions of privacy, constant buyouts offers – and baseless and bogus evictions notices.” The same landlords and realtors have paid ballot arguments against it – calling it another “lawyer windfall.” The Small Property Owners of San Francisco say it will make them all sell their properties and result in more Ellis Act evictions.

Only the SF Republican Party paid to oppose Prop Q. But paid ballot arguments against Prop N come from landlord groups like the SF Apartment Association, the Coalition for Better Housing, BOMA, the realtors and the Small Property Owners – who say “you will get hosed because your property has appreciated to over $5 million.” Nobody paid for a ballot argument against Proposition O, which keeps the City’s 911 tax.

Three propositions identified with the Mayor have paid supporting arguments from the usual suspects – but progressive groups did not submit opposing paid arguments. The Community Justice Center (Proposition L) has support from US Senator Dianne Feinstein, Chamber of Commerce, BOMA, GGRA, landlord groups and retired judges. BOMA also paid to support Proposition S – Gavin Newsom’s initiative to prevent future budget set-asides without a funding source. Proposition I – which creates a ratepayer advocate – has support from the Coalition of SF Neighborhoods on the right, and SF Tomorrow on the left.

The prostitution measure has created strange alliances on both sides. Paid arguments for Proposition K come from sex workers, health professionals, progressives like the National Lawyers Guild and Harvey Milk Club – and Libertarian candidates. But the “no” side doesn’t just have conservatives like Supervisor Michela Alioto-Pier or the Republican Party. Progressives like the Rev. Norman Fong and Barry Hermanson paid to oppose Prop K because it cuts funds for certain non-profits. Even feminist leader Gloria Steinem paid to oppose Prop K, because it’s a “trafficker’s dream” – and “would declare open season on women and children.”

Proposition V – a measure to endorse JROTC – has support by Senator Dianne Feinstein, the Republican Party, Firefighters and the Police Officers Association. One paid ballot argument is signed by a JROTC alum – who said he “had no direction” in his life until joining the program (the Realtors and Chamber of Commerce financed his submission.) “No on V” ballot arguments come from groups that oppose the War. A long list of LGBT advocates paid for a ballot argument that calls JROTC “a program of a homophobic military” – while the American Friends Service Committee says the School District already has a pilot program to teach kids leadership skills.

While it appeared like a low-profile measure, Proposition J – which beefs up the Landmarks Board has a lot of paid ballot arguments in favor from historians and preservationists. Only the Small Property Owners chimed in to oppose it. The two ballot measures that oppose George Bush – Proposition R to rename the Sewage Treatment Plant and Proposition U to defund the War – each have one paid argument in support, and none against.

Everyone from the Sierra Club to the Chamber of Commerce have a paid argument for Proposition D, which deals with Pier 70 – while nobody opposed it. Police Chief Heather Fong and Fire Chief Joanna Hayes-White have a paid argument for Proposition G that deals with retirement credits – while nobody opposed it.

Finally, while nobody paid for a ballot argument to support Proposition F – a Charter Amendment to eliminate City elections in odd-numbered years, it’s interesting how many paid arguments were against it. Moreover, they all came from the same end of the political spectrum. The Chamber of Commerce, the Realtors and a group called “Citizens for a Better San Francisco” (which includes local Republican activist Michael Antonini) all paid to oppose Prop F – saying that most cities have mayoral races in odd-numbered years, and that voters will lose focus if consolidated with presidential years.