Our Ten Favorite Books of 2012 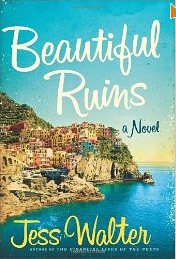 I read some great books in 2012. I reviewed many nonfiction works, but since Beyond Chron rarely covers fiction I rely on this end of year list to promote worthy novels. My favorites include books I read in 2012 that may have been published earlier. I also limit my list to books whose attraction goes beyond a specialized audience. My favorite novel in 2012—hands down—was Jess Walter’s Beautiful Ruins. I never wanted the book to end and think Walters could have expanded its length and still kept reader interest. It is a jewel that deserves all the accolades it has received. Here are my other nine favorites.

Trying to provide a brief plot synopsis of this book is difficult because Walter connects seemingly unrelated characters and stories spanning from the present to the early 1960’s. That he succeeds explains why so many reviews of the book describe it as a “marvel” “brilliant,” and a “masterpiece.” Walter makes us care about so many individual characters that each could have supported their own book. It comes as close to a perfect novel that one can find, combining a stimulating plot with beautiful writing.

Triburbia is comprised of separate chapters whose interrelated characters leads the book to be described as a “novel.” Greenfeld accomplishes something that many books and films try to achieve: he perfectly captures the milieu of upper-middle residents in cities like New York, San Francisco, Boston, Chicago and Los Angeles. The book is set in Tribeca, and nobody has ever captured that area better than Greenfeld (who lives there). The book may be hard to appreciate for those who know nothing about Tribeca’s transformation, but it is not that different from what occurs in other rapidly gentrifying neighborhoods. Strongly recommended.

3. The Night Circus by Erin Morgenstern

Published in 2011 and released in paperback in 2012, The Night Circus is one of only two best-sellers on my list. What impressed me so much about this book is that I while I am not a fan of either fantasy or historical novels, Morgenstern’s book combines both and I loved it. The book’s downside? It’s very hard to put down. Readers are tempted to read it too fast and in only a few sittings rather than savoring the deliciousness of the writing. Every person I have recommended this book to has loved it.

4. Thieves of Manhattan, by Adam Langer

Published in 2010, I did not discover it until 2012. I do not read many mystery novels and this book may not qualify as a “mystery” but whatever genre it fits it will have you marveling at its twists and turns. I usually dislike books that insert a dramatic plot shift that inexplicably throws everything that has previously occurred into doubt; when this occurs in Thieves of Manhattan, it helps make sense of all that preceded it (fans of The Usual Suspects will like this book). This book is also a must read for anyone working on a novel, or who has had a book published.

I reviewed this book in February. It is one of my favorites as much for its photos of faded advertisements on New York City buildings as for its raising questions about preserving such historical and cultural signposts in all cities.

6. The Scrapbook of Frankie Platt: a novel in pictures by Caroline Preston

I loved this book! Imagine a book filled with reproductions of 1920’s memorabilia, and that connects these old photographs, advertisements, and newspaper stories to a fictional plot. Caroline Preston has brought this vision to reality. The book is a must read for Vassar grads, Jazz Age aficionados’, and fans of collage. I’m not sure how well this book would work on a Kindle or other non-hard copy, but it is a work of tremendous creativity that, while not offering deep insights about life, is a joy to read.

I reviewed this book in November and urge those interested to read my glowing assessment This book is for everyone who wants to recall the days of the historic circus and of popular culture in the United States from the 19th century through WWII.

I hesitated before putting this on my favorite’s list because I heard from others I who did not share my enthusiasm. Published in 2011 but not released in paper until August 2012, this is Adiga’s follow-up to his Booker winning The White Tiger. I thought the book did a great job expanding upon the prior work’s class driven themes, and was a more fully realized effort. Since the main plot concerns a developers’ plan to demolish a residential tower and the tenants’ divergent responses, it may be that those interested in such issues will really enjoy the book while those uninterested will not. But if you liked The White Tiger, you should try this book.

9. Don’t Shoot: One Man, A Street Fellowship, and the End of Violence in Inner-City America by David Kennedy

I reviewed this book in June. What makes this book so special is that Kennedy is an on the ground strategist in communities and does not hesitate to name names and call out those who are obstacles to reducing violence. It is also very readable and engaging, not always the case in such books. As I stated in my review, it is like reading “a nonfiction account of The Wire, with Kennedy as the Freeman character who knows what works but has to struggle to get the best strategies implemented.”

I know this huge bestseller does not need me promoting it, but it was among my ten favorite books of 2012 and I find myself routinely recommending it. I paid little attention to Steve Jobs during his life, and was not captivated by Apple’s battle with Microsoft or its latest new product. But this book offers remarkable insight into the business world, and Isaacson’s skill as a biographer makes it worth reading

And before we leave, let me plug two books of my own: The Activist’s Handbook and Beyond the Fields: Cesar Chavez, the UFW and the Struggle for Justice in the 21st Century. The former offers case histories of activist successes and failures in San Francisco and across the nation, while the latter tracks how farmworker activists from the 1960’s and 1970’s used strategies from the UFW to build the immigrant rights movement, Latino political empowerment, and a range of current social justice struggles.