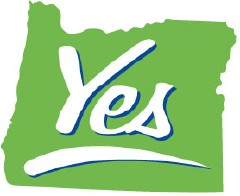 Pundits like to claim California voters are anti-tax. Of course, we’ve raised various kinds of taxes at the state level — including the Prop 10 cigarette taxes in 1998, and the Prop 63 millionaire’s tax for mental health programs passed in 2004. Still, even though our reputation remains, we’ve got nothing on Oregon, where no tax has been approved by statewide voters since 1930. Until now.

On Tuesday, Oregon voters delivered a huge victory for progressives by approving Measures 66 and 67 — raising taxes on incomes over $250,000 and large corporations to generate $733 million to close the state’s budget deficit. The Oregon legislature had approved the taxes last summer, but a corporate / teabagger alliance organized to put it to voters in a referendum.

One wonders if the national media will cover this victory at all – much less at the levels of the Massachusetts Senate race. Although they’ll almost certainly ignore it, the lessons for California are enormous and extremely important.

The opposition ran a well-funded campaign, led by Nike, Columbia Sportswear, and other big businesses. They were joined by Ari Fleischer’s FreedomWorks and the libertarian publisher of the Oregonian, who used to be at the Orange County Register before it went belly-up. Together they ran a campaign arguing that the tax increases would worsen unemployment. But 55% of voters have rejected that, and instead showed that when a truly progressive campaign is waged, the right-wingers can be beaten. Even on taxes.

What it also shows is that progressive policies, supported by smart progressive organizing led by folks such as former US Senate candidate Steve Novick and the Oregon Bus Project, which reached out to younger voters and had a strong ground game, can beat well-funded, well-organized corporate/teabagger alliances.

Their message was deeply progressive: These reforms protect nearly $1 billion in vital services like education, health care and public safety. These funds preserve class sizes, save jobs for teachers, provide seniors with in-home care, and provide health care for thousands of Oregonians through the Oregon Health Plan. In this time of economic crisis, we must protect those who have been hit the hardest – seniors, children and the unemployed – without putting more of a burden on the middle class.

It’s a message that works nationally. And it’s a message that’ll work here in California. Voters don’t like seeing their neighborhood schools close, or mass layoffs of teachers, or ending care for the disabled, or kicking kids off of health care. They don’t want it, and are willing to raise taxes to prevent it.

All eyes now turn to Sacramento. Oregon proved, beyond any doubt, that anti-tax sentiment can be beaten by progressive taxes on the wealthy and corporations in order to save programs people like. The message could not possibly be any clearer. Voters want their programs saved, and are willing to tax the elite to do it.

Oregon netroots activist Carla Axtman may have had the best take on the victory: Dear OR Legislators: When you take bold, progressive action–we have your back. Remember this night.

There is no reason now for California Democrats to not propose doing the same. We know that the 2/3rds rule is a huge obstacle that Oregon did not have. But if Democrats are to avoid making horrific choices like ending Healthy Families, it’s time they took the fight to the Republicans, and made them defend these policies to the public by making them oppose progressive taxes.

We know a progressive message, selling progressive policy, backed by progressive organizing, can win. All California waits to see whether Sacramento Democrats know it too.

Robert Cruickshank is Public Policy Director of the Courage Campaign. This piece was first published at Calitics.