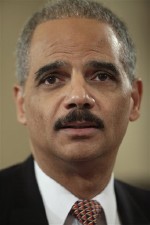 Beyond Chron contributor Irvin Muchnick is named respondent of the U.S. Supreme Court case Reed Elsevier v. Muchnick – growing out of his role as lead objector to a proposed class-action settlement between freelance writers and the magazine and newspaper industries. The Supreme Court last year ordered the case reinstated and returned to the Second Circuit Court of Appeals.

Legal scholar James Grimmelmann, a leading observer of the Google Books copyright class-action settlement, reports on his blog that the parties are in discussions to change it from an “opt out” to an “opt in” mechanism in an effort to address the reservations of Judge Denny Chin. As you know, Judge Chin – who last year was elevated to the Second Circuit Court of Appeals but is trying to bring “Google” to resolution from his old district court seat – already has rejected two incarnations of the settlement.

Elimination of Google’s opt-out basis would be a welcome development. It would also be another feature distinguishing it, in a positive way, from the somewhat similarly stalled settlement of a global copyright class action on behalf of freelance journalists, which was engineered by three authors’ organizations led by the Authors Guild. In interviewing me last year about the two cases’ likenesses and differences, Publishers Weekly called “my” case, referred to by the shorthand “Freelance,” “the central rights dispute of the digital age.” (See the article by PW’s Andrew Albanese.)

In Google, your Department intervened constructively with “Statements of Interest,” and most observers agree that these weighed heavily in Judge Chin’s findings that that settlement to date is fatally flawed. At the time I took the procedurally unorthodox activist step of writing to you to praise DOJ’s intervention and to petition you to find another creative avenue for coordinating the Google and Freelance settlements. The argument for doing so includes the fact both settlements are being spearheaded by lawyer Michael Boni on behalf of the self-appointed class representative Authors Guild. (See “Dear Attorney General Holder: Please Coordinate the Pending ‘Google Books’ and ‘Freelance’ Cases,” March 18, 2011, http://freelancerights.blogspot.com.)

As in all class actions, Boni and the Guild are seeking judicial approval for a privately negotiated solution with significant public implications. In Freelance, I and other objectors presented evidence and legal arguments that Boni and his partner firms have executed their role poorly, even mendaciously. I recognize that these assertions currently stand as my own views, not as judicial findings. However, given the general controversy, both inside and outside the legal world, over what many believe to be the excessively broad reach of class actions, I do not feel these views warrant dismissal. No less than Google, Freelance augurs fundamental changes in the copyright landscape, which has had no comprehensive Congressional overhaul since 1976.

In the public conversation about Google, it is repeatedly stated by our leading legal and copyright minds that “compulsory licenses” must be codified by the legislative, not the judicial, branch of government. The aforementioned Mr.Grimmelman has remarked to this effect; so have, among others, the distinguished MacArthur fellow Pam Samuelson (an objector in Google) and the Library of Congress’s recently retired Register of Copyrights, Marybeth Peters.

If the next revision of Google’s terms puts to bed fears of a “license by default,” then that is a very good thing. But absent coordination of Google and Freelance, such an unfortunate provision would remain in the latter (pending a ruling on its merits by the Second Circuit after its remand last year by the Supreme Court under the name Reed Elsevier v. Muchnick).

To reiterate, it is in the interests of both judicial efficiency and public policy to regard Google and Freelance as a package. As I said to Publishers Weekly, the former has a royalty system but not comprehensiveness, and the latter has comprehensiveness but not a royalty system. With new technology, whatever separates books from journal articles is outweighed by what joins them, at the pragmatic level of access. Without both, the goals of easy digital and online retrieval of the historical record simply cannot reach their full potential.

There are also issues of justice and process. If the Authors Guild and its attorneys are placed in the position of profiting from their involvement in two separate and complex cases with seven-figure legal fees – even though they have not truly solved the root problem or foreclosed viable future litigation – then I will be among the first to bring these shortcomings to the attention of the courts. Indeed, it was the objections of my team in 2005, along with our persistence in taking those objections to appellate courts, that prevented Freelance from being summarily approved and closed some six years ago.

Thank you for your consideration of these points as the legal processes of Google and Freelance continue to unfold.