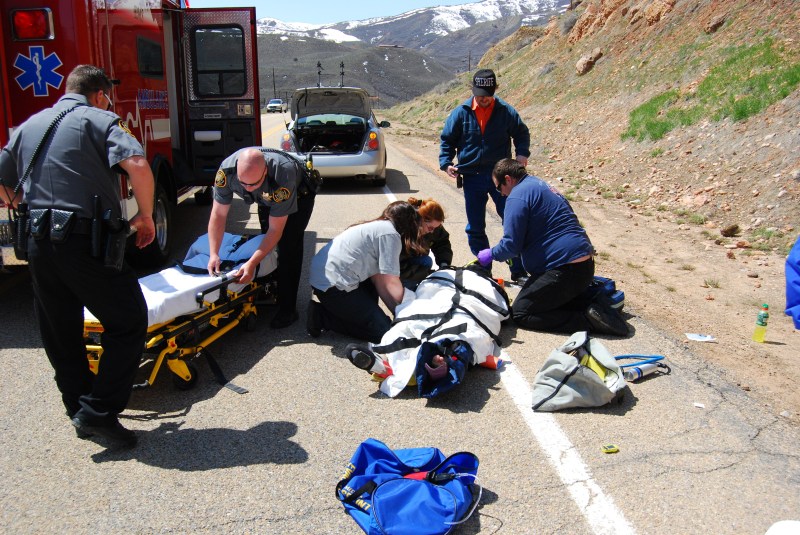 A new academic paper says that if reporters could shift away from victim-blaming news coverage, politicians would be forced to truly address the problem of vehicle violence. A team of researchers found that even subtle differences in how an article is framed greatly affects readers’ interpretation of crashes and their attitudes toward policy. The paper (excerpted below) recommends that journalists provide context for crashes as they cover the mounting carnage in our streets. And reporters should never remove the agency from crashes by suggesting, say, that a “car” did something bad when, in fact, it was a driver — a human being — who erred.

Traffic crashes are one of the leading causes of preventable death in the United States. Roughly 18 percent of these roadway fatalities are people who were hit and killed while walking or bicycling. Worse still, pedestrian deaths increased by 46 percent  between 2009 and 2016. Despite these troubling figures, there has not been a sustained and widespread public call to action to improve road safety.

One plausible reason for the lack of widespread public concern may be how these traffic crashes are reported in the media. The field of media studies has consistently demonstrated that news coverage meaningfully shapes public perceptions. Seemingly trivial editorial differences have been shown to influence how readers make sense of a story.

Critically, these changes also influence how readers would like policymakers to respond, in turn influencing which policies are implemented. …

[W]e found that minor changes in crash coverage can shift a reader’s perceptions of what happened and what to do about it. Sentence-level editorial patterns shape perceptions about blame, punishment, and preferred solutions. Shifting from a pedestrian-focused to a driver-focused text increased perceived blame for the driver. In turn, shifting to a thematically framed text slightly reduced blame on the driver and increased blame on “other” factors. …

At the moment, the default setting is for crash coverage to blame the pedestrian. In most cases, it is premature to assign blame because an investigation is inconclusive, still underway, or was never even started. Despite the lack of evidence, writers rarely break from the practice of blaming the victim.

In fact, the default is so powerful that writers often use it even when the driver was either charged with or convicted of a crime related to the crash. Moreover, writers rarely make corrections to shift the blame away from the pedestrian when exculpatory evidence comes to light. And, as this study shows, how an article is written affects how readers perceive crashes. Given all of this, as a general rule, it is a good idea to shift away from pedestrian-focused texts.

Driver-focused texts represent an improvement over pedestrian-focused reporting. Some drivers are clearly responsible for crashes, such as when they drive distracted, at excessive speeds, or in a reckless manner. In these cases, using driver-focused text instead of standard practice of focusing on the pedestrian, is associated with an increased assessment of blame and greater willingness to justly punish drivers.

Even when fault is not clear, focusing on the actor with the ability to cause harm may help shift focus to potential solutions instead of victim-blaming. Journalists may be understandably wary of assigning blame to drivers; however, an article can focus on the driver without making any assignment of fault.

In some cases neither the pedestrian nor the driver were acting illegally in the moments leading up to the crash. Drivers traveling within the posted speed limit routinely crash and pedestrians crossing legally are routinely hit by drivers. In these cases, it is often the system, not individuals, that is primarily responsible.

In these cases, thematically framed articles are the best option, and writing in this manner also aligns with the Vision Zero traffic-safety movement. These articles do not unduly blame the driver, and they provide context that serves as a call to action. In short, if the goal is to call public attention to external circumstances that cause road deaths, thematic framing helps to accomplish this goal….

Of course, changing editorial patterns is difficult. In addition to plain old inertia, there are many structural pressures in the news industry. There is considerable pressure for overstretched journalists on tight deadlines to simply parrot police reports. To the extent that it is feasible, journalists should take a few steps to move toward best practices (listed below in ascending order of the effort required to implement them).