One Year After SB1070: Why Immigration Will Not Go Away 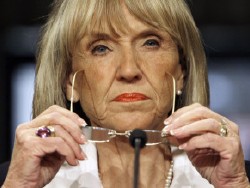 Ed. Note: This piece was first published at Latino Decisions.

One year after Arizona SB1070 was signed into law, immigration policy remains foremost on the minds of Latino voters. Results from the April 2011 impreMedia-Latino Decisions poll show Latino voters rank immigration the most important issue Congress and President Obama should address. Immigration has been rated a top issue by Latinos in February 2011, November 2010, May 2010, May 2009, and November 2008. It is important to note the many different subsets of the Latino electorate that view immigration as the most salient issue: U.S. and foreign born, low or high income, Republican, Democrat, and Independent, college educated or not. It would be a mistake to dismiss the extent to which the Latino electorate is vested in this issue.

Some may wonder why Latino priorities remain fixed, especially in light of the fact that the Ninth Circuit Court of Appeals recently struck down nearly all enforceable provisions in SB1070. Why won’t immigration go away? There are several reasons.

First and foremost, immigration enforcement and state laws have escalated in the last year and Latinos absorb the brunt of these aggressive policies. Immigrant laws, particularly those dealing with enforcement, disproportionately impact Latinos, shaping experiences and perspectives in a very direct and personal manner . Online comment forums following news articles on any of these issues negate any doubt the public perceives these policies are first and foremost about Latinos. Mean-spirited political media (online, radio, television etc) can be turned off or ignored; detrimental and/or unfairly enforced policies cannot be ignored or easily dismissed.

Despite the fact that a federal court ruled against SB1070, legislatures in Georgia, Florida, Oklahoma and Utah passed legislation modeled after the unconstitutional Arizona law. In the last year 400,000 undocumented immigrants were deported and the DREAM Act famously failed when it went before Congress at the last moment. In less than three years time, the current administration has deported a record high 800,000 immigrants. Time and again Latino voters have expressed their firm support for the DREAM Act, opposition to SB1070 and strong opposition to mass deportation as a policy solution. Still, elected officials delivered the exact opposite on all of the above. Sometimes they deport college students that are DREAM advocates.

For millions of Latinos, immigration politics is a reality, not an abstraction observed in news stories. As President Obama found during his Univision Town Hall on Hispanic Education event, it is difficult to engage Latinos on other issues when immigration, and all that it implies, lingers in the political context. This is a sharp shift from prior generations with little demonstrable interest in the issue. Candidates and strategists relying on such out-dated trends, feeling confident they can win over the Latino electorate without addressing immigration because “Latino voters don’t care about immigration”, ignore the reality upon us today. In prior blog posts Latino Decisions has presented evidence showing the GOP has lost traction among Latinos because of immigration politics and diminished Latino enthusiasm for Democrats is also attributable to the issue.

In recent weeks the Obama Administration publicized a series of meetings they held with policymakers, celebrities and business leaders in an attempt to build a broad coalition supporting immigration reform. As the figure below illustrates, there is evidence that the majority of non-Latinos believe immigrants have a positive economic impact and support immigration reforms, including a pathway to citizenship and in-state tuition programs. Capitalizing on these sentiments, the official narrative around immigration reform policy seems to be shifting to emphasize non-Latino topics like education, high-tech labor, and economic contributions along with more non-Latino referents like Facebook and Microsoft. We do not know yet if a de-Latinized immigration public relations campaign will resonate with Latino voters (to the extent they are the target audience) or whether their enthusiasm will hinge on actual policy changes that the President has been clear to say are not coming any time soon.

Parties may have to get out the policy before they can get out the vote with measurable results. It could be the case that no amount of money spent on clever campaign ads and co-ethnic phone banking will compensate for the deportation of a family member(s), close friend(s) or prized student(s). Thus, 2012 GOTV efforts are already well underway. When Election Day arrives, we should expect Latinos will continue to respond to the reality of the political environment and flex their political muscle accordingly.
*Collaborative Multi-racial Political Study, 2008 (N=4,563)

Sylvia Manzano is an Assistant Professor of Political Science at Texas A&M University and recently published the article, A New Measure of Group Influence in Presidential Elections: Assessing Latino Influence in 2008, in Political Research Quarterly.