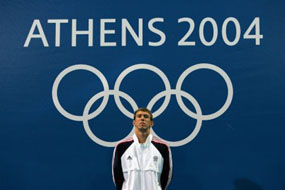 The number of empty seats for this Olympic Games is unprecedented. Low crowds for badminton and trap shooting is one thing; but when television coverage spans empty seats for women’s gymnastics, something is seriously wrong. The main reason for the weak attendance is obvious: Athens residents cannot afford tickets. The tragedy is that the Greek government spent millions building stadiums when the nation had far greater needs, a twisted sense of priorities all too familiar to Americans.

The return of the Olympics to its original home was a great idea. But like many such ideas, it ran smack up against the reality of modern Olympics.

This reality requires modern, “state of the art” arenas for swimming, track, gymnastics, boxing, and volleyball. Few European cities have such facilities, and must build them to attract the Games.

Greece is a poor country. It had few existing buildings that could cheaply be transformed into Olympic venues. This required new, expensive stadiums to be constructed.

The overriding question that the media focused upon in the past year was whether Greece would get its facilities together in time. There were scant articles on the ability of Greeks to afford to attend the Games, or on the likelihood that tourists would flock to Athens and fill up all the seats.

In less than two weeks, Athens will be home to stadium and arenas that will almost immediately become white elephants. If houses had been built for the same money and handed out via lottery, the long term benefits of the investment would be greater.

Montreal took more than a decade to financially recover from its hosting on the 1976 Games. Once the Expos leave Olympic Stadium after this season, the facility could well be torn down.

This past week the political leadership of Arlington, Texas set in motion a plan to invest $375 million as partial funding for a new stadium for the Dallas Cowboys.

Football is king in Texas, and we know who are the serfs—the millions of predominately Latino residents suffering from rundown schools, inadequate housing, and living without health insurance.

An tiny elite among the Arlington population attends Cowboy games, and the new stadium will make available even more luxury boxes so that they can enjoy the game in privacy. It seems hard to believe that Arlington taxpayers would sign off on this deal, but, it is, after all, Texas.

No matter how many studies conclusively prove that a) downtown stadiums contribute less to the prosperity of surrounding areas than other types of investments and b) stadiums do not create many well-paying jobs once constructed, the elite, heavily Republican attendees of professional sporting events continue to get Mary and Joe taxpayer to foot their entertainment bill.

Professional sports is the true opiate of the masses. The descendants of Socrates are to be congratulated for focusing on their own lives rather than spending their scarce funds and August vacations as spectators to the dreams of strangers.