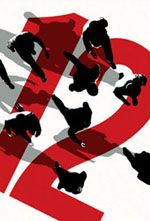 If one felt compelled to walk away from Ocean’s 12 with a political lesson, they could rest easy in knowing that, at the very least, the United States is still better than France.

However, if one feels no such need, and I imagine there are quite a few filmgoers who fall into this latter category, then Steven Soderbergh’s sequel to Ocean’s 11, in theatres this weekend, might be just right for a carefree night at the movies.

Because there are so few politically correct villains left in the world, and perhaps because North Korea has already been used this season, Ocean’s 12 revolves around the rivalry between the old gang from the last movie and a lone French thief, bent on proving his superiority. The competition is, for the most part, tongue-in-cheek. That’s not to say that the movie doesn’t drip with French jokes, but, rather, that the jokes themselves seem to acknowledge what a poor excuse for a villain the Frenchman makes. The Frenchman himself, Francois Toulour (played deliciously by Vincent Cassel) womanizes, break-dances, and insists, relentlessly, on being called the best. It his need for superiority, and it is both a moral and physical desire, that motivates him to violate the first rule of thievery: he reveals the whereabouts of Ocean’s 11 to their last mark, the Bellagio honcho Terry Benedict (a return performance from Andy Garcia).

Once Benedict has found the boys, he gives them two weeks to pay back the money they stole from him-with interest. And from there the movie begins. Everyone’s back this time, Brad Pitt, George Clooney, Matt Damon, Julia Roberts, and Don Cheadle just to name a few-and Bruce Willis and Peter Fonda even pop in for quick cameos. With that many actors, and that many stars, it’s hard for the movie to escape its very own star quality; there are only so many lines, and so many actors, and the balancing act is a difficult one.

The movie becomes, in large part, about the relationships between the actors themselves. As a devoted reader of US Weekly might know, the filming of the movie took part, largely, near Lake Como, conveniently located near George Clooney’s summer palace. The result is a tight-knit group of actors who have fun together on the screen, and when they share the camera’s attention the fun is contagious. Julia Roberts and George Clooney have the awkward kind of chemistry that reminds you of an elderly couple who are still caught with their hands all over each other. You can’t help but watch them, even if it makes you blush. And that’s not the only relationship worth watching: Scott Caan, replaying his oafish Turk Malloy (alongside Casey Affleck’s Virgil Malloy), is absolutely endearing, alternately making eyes at Matt Damon, Don Cheadle, or whomever else makes themselves available.

And though the movie thrives on these relationships, and on the easy and loose banter between the entire ensemble, it occasionally loses itself in them as well. Bernie Mac, a large ingredient in the original movie’s success, finds himself, literally, locked out of most of the movie. There’s only enough screen-time for so many people, and the cutting-room floor must look like a gold mine for DVD buffs, but the audience bears the losses heavily. There are some exceptions-Catherine Zeta-Jones gets plenty of screen-time in her Ocean’s debut, and she makes good on the opportunities offered. She is the consummate ice queen, gorgeous yet unabashedly untouchable. For all of his looks, and he has plenty of them in this movie, even Brad Pitt can’t make her smile.

When it comes down to the plot, Ocean’s 12 offers very little in terms of surprise. There are the usual twists and turns, though none so surprising as to warrant a significant amount of attention. There are, of course, cute moments-the movie remains expertly crafted. One such moment, one that plays tenderly on the movie-within-a-movie concept, threatens to fall flat, but redeems itself when the actors are allowed to take something of a cheap idea and mine it for potential gold. Of course what sets Ocean’s 12 apart from its predecessor is the new ground that it must cover.

In this sequel, Soderbergh has been faced with creating a new story, something he barely needed to do when he covered the Rat Pack’s original movie. He comes up with something fun, although if you’re the kind of person who likes to poke holes in stories and then hold them up to the light, you might find yourself wincing from the pain of it.

Like any good Hollywood movie, Soderbergh ties up all the strings in his package a little too neatly, though it may be appropriate for the Christmas crowds. It is towards the climactic end of the movie when Danny Ocean and his wife Tess find themselves face-to-face with Francois the Frenchie. He insists that they admit that he is better, and it occasions a conference between the married cons. Ultimately, they devise a plan. They will, Tess whispers, first hear what he has to say, and then they will tell him that he’s the best (but they won’t really mean it, she adds, she thinks that Danny’s the best). It’s a cute moment, and one that defines the sequel. There is a feeling of detachment to this sequel that allows the characters to move outside of themselves.

The sequel is neither better nor worse than Ocean’s 11, and one gets the feeling that it never tries to be. Instead, we know exactly what it is that we are going to get from the movie, whether we say that aloud or under our breaths. And, no matter what, in the end we are still better than the French.