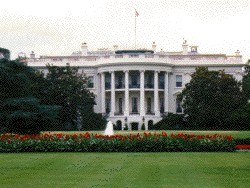 What does the President believe in – and when did he stop believing it? Is he a conservative liberal – or, increasingly, a liberal conservative? If everything is negotiable, what restrains this “devout non-ideologue,” as an aide aptly depicted President Obama, from taking non-ideology to empty extremes? What happens when an Administration packed with process pragmatists (where any bill will do) forsakes its ardent, prescient base? If there’s no policy hill to die on, anything goes – and the wobbly public option is what’s going away.

That progressives have been correct – nailing unjustified, pre-emptive invasions, torture, secret prisons, rogue mercenaries, or endless Bush crimes – still doesn’t shield them from Democratic, bigwig slap downs. Senior White House staff expressed shock its left-leaning base cares deeply about shredded health reform proposals, even actual cost-containment. “Well, I’m shocked and surprised at their shock and surprise,” says Paul Krugman, speaking for millions. The problem goes beyond Administration waffling, but waffling on waffling: once a line in the sand, the public option appears an unsteady mirage – now you see it, now you don’t.

The real problem: can anyone predict what this President or key Democrats won’t negotiate away? Item: the secret, pre-emptive, bad drug deal with big pharma reminiscent of Bush-Cheney. Recall Obama’s commitment in July, “any plan I sign must include an insurance exchange: a one-stop shopping marketplace where you can compare the benefits, cost and track records of a variety of plans – including a public option to increase competition and keep insurance companies honest.” If not official options, what restrains costs from doubling every decade? Gutless co-ops? Please.

Adding injury to insult – fundraising hot off the presses from the Democratic National Committee – my own unofficial appointment as “Honorary Member of President Obama’s Kitchen Cabinet” with smiling fridge magnet. Do we now have to cook, too? “No Sale” rang up on my register as party tone deafness strikes again. Apparently, DNC missed my scribblings that skewer the President for timidity – except when he’s a stealth neo-con in Afghanistan. Here’s another President willing to lose another sham war overseas instead of fighting to win real battles at home.

Yes, I am appalled when Obama channels Dubya doubletalk, last week defending his war in Afghanistan as “a war of necessity, not choice.” But note a major disparity: GOP leaders passionately engage their base, repeatedly setting the fringe afire. In contrast, as if fearful of their base, the president and staff, Blue Dogs and noxious Democrats belittle loyalists, scolding us to stop criticizing anti-reformers one congresswoman calls “Neanderthals.” Think Bush was ever surprised by intensity from his base?

First and foremost, I attribute party tone-deafness to the President’s power broker, Rahm Emanuel, the worst of Obama’s establishment picks, the insider who crushes progressive reform. Putting aside his muscular loyalty to Hillary, the right-of-center Emanuel organized today’s growling, obstructive Blue Dogs, displacing conservative Republicans in Congress with conservative Democrats. Recently, his crude invective castigated the Left for holding to principles, buying ads that pressure dinosaur Democrats. With Emanuel in charge, don’t expect open party debate, respect for the base, or memory of campaign commitments.

Beyond reinforcing the protean Obama, the fiasco that is the health debate raises big questions about administration wherewithal to pass any significant reform. In this must-read essay, “The PolicySpeak Disaster for Health Care,” UC Berkeley’s George Lakoff defines an open political wound: “Barack Obama ran the best-organized and best-framed presidential campaign in history. How is it possible that the same people who did so well in the campaign have done so badly on health care?”

Lakoff brilliantly “frames” glaring White House blunders, especially failure to appeal to emotion and reason, to self, group and national interests. When a President asks the majority with health insurance to help a minority without, he must establish urgency of “must-have,” not “nice-to-have” change. Yet, hasn’t this presidency typically abandoned ideals for risk-adverse calculation, full of right-leaning centrism favoring the status quo? In six months Obama’s “Yes, we can” has morphed into a series of “No, I can’t.”

Only with savvy, positive sales pitches can Obama regain control of the debate and defeat screaming, gun-toting shills, even idiotic Sarah Palins truly “full of sound and fury, signifying nothing.” So many are distracted by fantasy “death panels” that obscure actual insurance panels that daily “ration” care to patients on the “way to dusty death.” This rightwing frenzy was 100% predictable, even its knee-jerk cries of “socialized medicine” and “government takeover.” However controversial, this first big domestic push was unsullied by hysteria over national security, troops under fire, or terrorism – and the president was still ambushed by rightwing poseurs.

Who is accountable, if not the White House and its Chief of Staff – notable by his absence from all brilliant campaign successes. Why is the president not arguing untreated sick people are a national disgrace, bad for everyone, bad for the economy, bad for national prestige? Why not dramatize the huge costs squandered from NOT treating treatable conditions, like diabetes, and massive savings from low-cost prevention? Why not link good health with the famed “right to life” worshiped by zealous anti-abortionists? Why hasn’t the White House turned bad health care into a core rights issue: those dying prematurely in the world’s richest country are discrimination victims. When does the president declare a “war on disease,” like on drugs or poverty, arguing good health is healthy for everyone, even rightwing families and corporations?

Remember those scary “gaps” we once had with Russia? The satellite-gap (after Sputnik), the “bomber-gap,” and eventually the “missile gap” JFK rode to victory? Today, we have a “Cajones Gap,” not only between Obama campaign pledges and presidential betrayals, but between a savvy liberal-progressive base vs. a risk-adverse president forgetful who put him over the top. If it’s so hard for a still popular president, whose party controls Congress, to pass the most modest of true health reforms favored by a huge majority, it’s time to wrap up the big tent and rethink ways to a “more perfect union.” It won’t be easier after 2010.