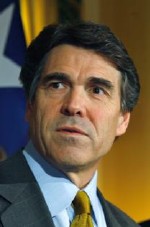 When you try to understand how Rick Perry defeated Barack Obama in the 2012 election, look to the summer of 2011. That’s when Obama did almost everything possible to alienate the voters he needs for re-election. Obama began with a humiliating surrender to Republicans on the debt-ceiling deal, leaving even longtime supporters questioning his leadership. He then attacked long-loyal Latino voters by reaffirming his vicious, anti-immigrant “Secure Communities” program, triggering grassroots protests across the nation. Obama then went after environmentalists. He approved the restarting of the environmentally destructive Keystone XL Pipeline, and then hit his green supporters upside the head with a two by four by reversing new smog regulations approved by his own EPA. Obama even promoted the false and longstanding Republican view that environmental health regulations kill jobs. Add a stagnant economy to Obama’s problems and its clear that activists could work day and night against Perry without convincing voters to give Obama another four years.

President Obama is now consistently taking actions that will help deliver the 2012 presidential election to Republicans. Despite plunging approval numbers, he continues to undermine his support among the voters he needs to win next year.

And before you identify me as one of those long-time Obama bashers of the “professional left,” I wrote a piece on November 20, 2006 titled “Barack Obama’s Moment is 2008” in which I urged him to run for President. I’d love to have titled this “Why Obama is Certain to Defeat Perry,” but, for reasons discussed below, that would conflict with political reality.

It has been axiomatic since the Reagan Era that despite all of the similarities between the two major parties, there is a major difference on the environment. Obama’s EPA has been one of the few administration bright spots, and until this month green activists were primed to go all out for Obama’s re-election.

But after his extraordinary EPA betrayal, environmentalists feel deflated. It is hard to believe that Barack Obama is the same person who won the strong backing of Al Gore, when he faced Hilary Clinton in 2008. Few could have anticipated that three years later Gore would have to send the President a public letter urging him to reject the environmentally catastrophic Keystone permit.

Obama can no longer be trusted on environmental issues. Period. And as green activists debate how much electioneering they should do to help Obama defeat Rick Perry, the important fact to remember is this: activists can work day and night for Obama but if the product they are selling is not trustworthy, voters will not be buying.

I wrote during the 2008 Democratic Convention that Latino voters were key to Obama winning the November election. He ended up winning four heavily Latino-impacted states that George W. Bush won in 2004 (Nevada, Florida, New Mexico and Colorado), as well as Virginia, which also had a meaningful number of Latino voters.

Many of us thought that Obama supported Latino interests and understood the political importance of addressing the needs of this powerful constituency. But in a pattern that runs through his entire presidency, Obama has repeatedly turned his back on long-loyal Latino voters.

His failure to move on comprehensive immigration reform and record deportations caused him political problems that pundits assumed he would spend the next year repairing; instead, Obama has generated his highest level of outrages among Latinos by his moving forward on the wrongly-named “Secure Communities” program, allows federal authorities to screen fingerprints of those arrested by local police in order to detect undocumented immigrants. Activists attack the program for creating “insecure” communities, as it deters undocumented immigrants from working with police.

The week of August 15 marked a National Week of Action to End “Secure Communities,” and protests have continued throughout the nation against Obama’s program. Good luck to SEIU and Latino voter outreach groups next fall who will be seeking to convince Latinos to mobilize for a President who has proven so contemptuous of their concerns.

(Yes, after the initial round of protests against Secure Communities Obama had an administrative ruling issued restricting deportations of non-criminal undocumented immigrants. But this has not reduced anger over the Secure Communities program).

I can already hear those who have read this far saying, “There is no way environmentalists and Latinos – or white progressives, African-Americans, union members for that matter – will either vote for Perry or not vote regardless of their anger toward Obama. They understand the stakes are too high.” Obama may share this view, which is why he has oriented his entire presidency toward securing “independent” voters despite his own falling approval numbers among this group.

If you believe that Democrats can take their electoral base for granted, I suggest you start studying history.

Let’s start with the November 2010 elections, when fear of a Tea Party takeover of the House failed to generate much Democratic voter turnout. Or if Obama’s calculation is that only presidential elections count, where was the traditional Democratic turnout when President Jimmy Carter faced Ronald Reagan in 1980?

While in retrospect Reagan was far to the left of Rick Perry, at the time he was viewed by the Democratic base just as Perry is today. And yet Carter had so disillusioned core Democratic constituencies that they could not even be roused to vote to prevent Reagan’s election.

What those who argue that Democrats have nowhere else to go do not understand is that Obama needs to win core constituencies by the huge margins he did in 2008. And absent an immediate and dramatic policy turnaround, no amount of door knocking by Obama for America volunteers is going to equalize these groups 2008 vote.

As we saw in November 2010, even as little as a 10-15% turnout drop off can defeat Democratic candidates. As the most recent poll by Latino Decisions found, “the number of Latinos who are certain to vote for Obama in 2012 does not reach the level needed to, at this point, obtain the supermajority of votes the president needs to win certain difficult states, such as New Mexico, Colorado and other western states.”

And its not just Latinos whose support for Obama will decline from 2008. You can fill in the name of every constituency, as well as the potentially millions of voters whose vote for Obama in 2008 was based entirely on the economy – these latter voters will be going with Perry in 2012.

And for those who blame Republicans for preventing Obama from imposing the job creating policies we need, the public is not ignorant. Voters know that Obama put budget deficits ahead of unemployment, and that he allowed Wall Street rather than Main Street to control his Administration.

The debate has already started about how hard activists should work for a president who has disappointed them. The answer is that it will not matter.

Even if activists replicate their day-and-night 2008 campaigning for Obama in 2012, they will get a much different response at the doors and on the telephone. Even the most persuasive and enthusiastic of organizers can only do so much, and Obama has handed them a losing hand.

Can this political dynamic change between now and November 2012? Sure. But it is hard to see this happening with a President who makes his re-election struggle steeper by the day.