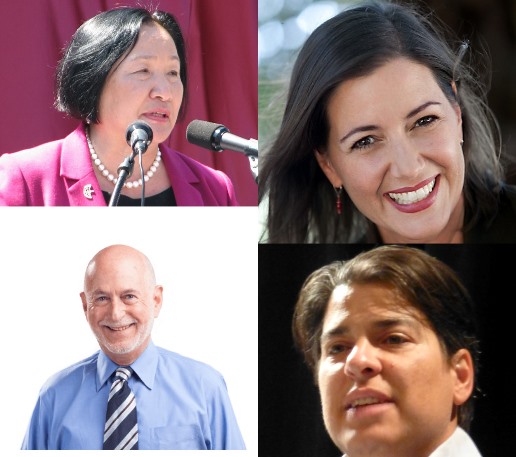 Oakland’s  competitive mayor’s race has strong candidates  and comes at a pivotal time for the city’s  future. So why aren’t Oakland voters more excited?

I’ve talked to many Oakland residents and found that I’m more interested in the mayoral election than they are. Many know little about any of the candidates except incumbent Mayor Jean Quan, despite Rebecca Kaplan and Libby Schaff both serving on the City Council (and Kaplan previously serving on the AC Transit Board).

It’s not too early to expect excitement. While many voters don’t  focus on November elections until after Labor Day, this has not been true for San Francisco’s contested mayoral races.. In every seriously contested San Francisco’s mayor’s race since 1975, the leading campaigns had already energized large numbers of people by mid-August.

There is far more enthusiasm about Lift Up Oakland’s minimum wage ballot measure than there is about the mayor’s race.

I think three factors explain why voters have yet to engage with the Oakland race.

Oakland is far stronger economically than when Quan took office. In fact, housing costs are now soaring, causing  more voters to be concerned about gentrification than in any prior Oakland mayor’s race. Young people priced out of San Francisco are flocking to Oakland in droves, and rents are no bargain.

Under normal circumstances, Quan would get credit for the robust economic growth.  Instead, she faces multiple strong candidates who see her as vulnerable.

Quan’s problem is that many believe Oakland is prospering in spite of her. They credit the region’s tech boom for the growing economy, and feel that she has done a poor job addressing crime (statistics appear to show crime declining in Oakland but what these numbers actually mean is a top election issue).

Strong local economies almost always re-elect mayors. When an incumbent mayor is defeated, as occurred in San Francisco to Art Agnos in 1991 and Frank Jordan in 1995, it has coincided with a down economy.

So I think Oakland voters are taking a wait and see attitude toward the mayor’s race as they decide whether to stick with Quan. Quan’s deficiencies have left her far weaker than the standard incumbent, and she faces an uphill fight for re-election.

Another reason the Oakland mayor’s race has not heated up is that many voters moved to Oakland since the 2010 election and don’t pay close attention to local politics. Not that it’s easy to do so: The media does a poor job covering Oakland, disproportionately covering crime stories over politics.

I was struck by the East Bay Express story this week about Oakland activist Elmano Gonsalves’ attempt to “set the record straight” on media coverage of Oakland crime. Gonsalves notes: “When there is a shooting in Oakland, it’s framed as a citywide issue, whereas in San Francisco the headline typically focuses on a specific neighborhood. Crime in traditionally low-income neighborhoods in San Francisco, such as Hunter’s Point, the Tenderloin, and the Bayview, are often treated as localized events or problems, not ones that are endemic to the entire city.”

He’s right. When Jerry Brown was Oakland mayor he pointed out that the vast majority of homicides occurred in a small geographic area, yet they were negatively associated with “Oakland.”

In contrast to shootings, getting news from Oakland City Council meetings is difficult. This helps explain why out of a dozen people I asked about Libby Schaaf—a Council member and the leading fundraiser in the race—-not one said they knew enough about her to form an opinion.

I’ve been told of polls showing  low name recognition for some top-tier candidates. This reflects either the large number of recent Oakland arrivals or the broader electorate’s disconnection from the race. One question that won’t be answered until after Election Day is what percentage of newly arrived young voters in Oakland and San Francisco will even vote; in the absence of a presidential election or contested Governor’s race, they may not.

Ranked choice voting (RCV) may also be dampening interest  in the mayor’s race. RCV makes for a far more compelling and exciting contest once absentee voting begins, but at this stage it requires voters to already think about three choices rather than one. That’s hard to do if you don’t really know Oakland politics, and are just getting to know candidates through their campaigns.

In the big picture, the Oakland mayoral election will be the most interesting Bay Area test of ranked choice voting to date. The 2014 field is stronger than the 2010 race, when Quan’s victory over Don Perata showed how a candidate can win without getting the most first place votes.

Political junkies are fascinated by the possibilities RCV provides for this race, since a candidate could readily win by being voters’ consistent second choice. But most Oakland voters are still enjoying summer, and the success of the Oakland A’s.

It appear that this hotly contested election will come down to a post-Labor Day sprint. And if the A’s reach the World Series, getting the attention of Oakland voters will be that much harder.