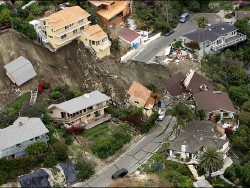 In a stunning rebuke to SEIU, nurses and health care professionals at Kaiser Hospital voted overwhelmingly yesterday to leave SEIU and join NUHW. Nurses favored NUHW over SEIU 746-36 (95%), one health professional unit went for NUHW 189-26 (86%), and the other went for NUHW 717-192 (78%). The landslide victories likely foreshadow the complete shift of SEIU’s Kaiser workforce to NUHW when the rest of the bargaining units vote in June. Leila Valdivia, a Kaiser nurse who strongly backed NUHW, described the victory as being “like a big weight came off our shoulders. We gave SEIU a real spanking, and people were crying and hugging after the votes were announced.” NUHW’s Barbara Lewis, who coordinated the union’s Kaiser campaign, described the win as “a tribute to rank and file leadership that was heavily invested in a member-driven union. The workers organized around this vision, and sought a union that the workers would control, which was NUHW.”

Those looking for inspiration in these trying times need search no further than the rank and file workers at Kaiser Hospital in Los Angeles. Despite a well-funded campaign from SEIU that even threatened each of them with losing $15,000 if they joined NUHW, these workers voted in record high numbers (84% for an election by mail is extraordinary) to join a new union committed to restoring the union-member relationship that preceded SEIU’s takeover of its UHW local one year ago today.

This may finally be the vote that forces those back in SEIU’s Washington DC headquarters to realize just how little credibility its UHW local has among hospital workers in California. For all of SEIU’s heavy spending on attack mailers charging such key NUHW leaders as Sal Rosselli, John Borsos and Barbara Lewis with “corruption” and wrongdoing, the workers are voting resoundingly to trust these NUHW leaders over SEIU.

After losing to NUHW in Santa Rosa by 283-13, and now getting humiliated by three separate bargaining units at Kaiser in Los Angeles, SEIU needs a new strategy. And since its efforts to win by attacking the integrity of NUHW leaders has clearly failed, SEIU-UHW now faces over 100 elections in the coming months, it better come up with something soon if it wants to avoid further electoral embarrassments.

SEIU responded to Kaiser even before the third bargaining unit’s votes were counted. Its press release said that while the “election results are disappointing … The bulk of SEIU-UHW’s 50,000 Kaiser members are now launching the largest and most active contract campaign in history.” But in light of yesterday’s results, SEIU is unlikely to be representing these Kaiser workers after June’s election.

The Kaiser setback is only part of SEIU’s California problems. Its State Council is in disarray, with no firm leadership after the departure of Tracy Zeluff. Its Los Angeles locals remain mired in the Tyrone Freeman scandal, and SEIU has alienated other unions by raids against UNITE HERE Local 11 and threats to withdraw funding from the Los Angeles County Federation of Labor.

The Trusteeship: One Year Later

SEIU leaders would never admit it, but they privately have to be wishing they could revisit their decision one year ago to oust Sal Rosselli’s leadership team and alienate the rank and file leadership that gave SEIU-UHW’s California hospital workers the best contracts in the industry.

This decision removed the heart of SEIU’s California organizing infrastructure in the health care sector, and has forced SEIU to already spend well over $10 million to date battling with its former leadership. The Kaiser elections mean that SEIU’s plan to destroy NUHW before it became viable has failed, and SEIU now faces the loss of over 75,000 members by the end of 2010.

SEIU has become like an occupying army in California’s health care industry, with no strong locally based leadership to be found anywhere.

One can only imagine how SEIU will have to impress organizers into duty to come to California to fight more one-sided losing battles.

It was only last November that SEIU was insisting that NUHW was down for the count. But as NUHW’s Barbara Lewis noted, “the workers never gave up, and built a volunteer army that was not intimidated by SEIU’s tactics of fear and intimidation.”

All activists can learn from their example, and from their “Si Se Puede” spirit.