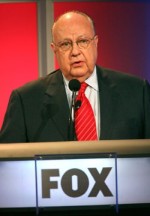 As Republicans step up attacks on National Public Radio (NPR), there may be only one solution for its federal funding to survive: hiring FOX News President Roget Ailes as its new CEO. NPR’s CEO Vivian Schiller resigned after a subordinate was shown on a video saying “that he’s proud of NPR’s firing of Juan Williams for expressing fear of flying with people in ‘Muslim garb,’ because it showed that ‘NPR stood for is a non-racist, non-bigoted, straightforward telling of the news.’” The subordinate also claimed that the Republican Party has been “hijacked” by “xenophobic” elements, and that the Tea Party included some “seriously racist, racist people.” While NPR calls these statements “appalling, ” what about them is untrue? That they have aroused such massive controversy shows that Republicans will not be satisfied until they get Ailes to ensure that NPR provides truly “fair and balanced” coverage: for example, stories that confirm Mississipi’s Republican Governor Haley Barbour’s self-depiction as a longtime civil rights activist, that debunk the anti-Latino racism of many immigration opponents, and that give superstition, religious fundamentalism, and wishful thinking equal weight with science, facts, and the reality world.

The United States is at a place where National Public Radio, sponsored by major corporations and which relies on walking conflict of interests like Cokie Roberts for political commentary, is now viewed by a major political party as a voice of the socialist left. This makes as much sense as Mike Huckabee’s claim that Barack Obama’s world-view is defined by the Mao-Mao rebellion in Kenya – and is par for the course for a party whose members believe that our President has lied about his birth certificate.

NPR cannot win its fight with Congressional Republicans without completely sacrificing its journalistic integrity. This gives it two choices: rally the public in the defense of the values that outgoing executive Ron Schiller was forced to resign for promoting – anti-racism and the straightforward telling of the news – or give up federal funding altogether.

This is a media organization accustomed to mobilizing listeners around pledge drives, not federal funding. It has bent over backwards for decades to keep Republicans happy, and it appears that nothing short of echoing FOX News will prevent further attacks.

So either the news division of NPR is given over to a Roger Ailes-type leader – who allows Terry Gross, Ira Glass, Car Talk and other popular hosts and shows to operate without interference – or NPR gives up federal funds.

There is a third, perhaps most likely alternative: NPR can do whatever it takes to keep some federal money coming in the hopes that the current controversies will blow over and money can be added in future budgets. But while contretemps around comments by NPR executives can be avoided, the network cannot stay out of trouble so long as it offers what the departed Ron Schiller described as “a non-racist, non-bigoted, straightforward telling of the news.”

And for those who see the end of federal funding as freeing NPR from these pressures, this would mean even more large corporations funding a “public” news network.

There are no good choices.

After a tidal wave of election victories in 2008, progressives increasingly find themselves on the defensive. Whether the attacks on NPR, the killing of collective bargaining for Wisconsin public employees, and the slashing of domestic programs by House Republicans during the past week galvanizes those who have remained on the sidelines the past two years remains to be seen.