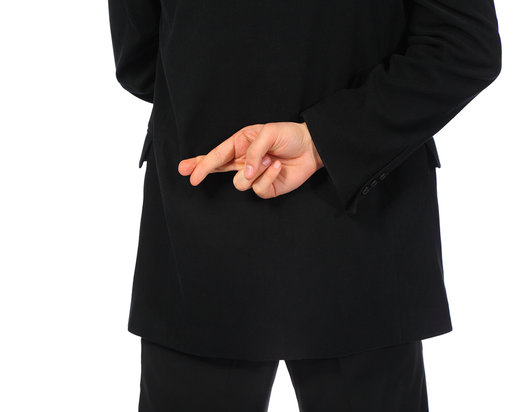 Once upon a time, Big Soda would commission studies to support their claims. Now, they just make stuff up. As soda taxes on the ballot in SF and Berkeley gain momentum, the opposition has been reduced to bluffing to try to salvage their case.

Beverage industry spokesman Roger Salazar pitched SF Chronicle reporter Heather Knight a couple of whoppers recently, insisting that an SF soda tax would cause grocery stores to raise prices on everything they sell, not just sugary beverages.“It will make groceries more expensive across the board,” he told Knight.

Salazar offered no evidence to support his fictitious claim, because no such evidence exists. It’s just his opinion, and as a paid spokesman, his opinions are up for sale to the highest bidder.

As Matier & Ross pointed out recently in the Chronicle, just two years ago Salazar was working for the “Soda Sucks” campaign, that solicited young people to create media messages that soda damages kids’ health. Now he is paid to express the opposite opinion, but a bought and paid for opinion is certainly not the same as a fact.

He also told Knight that the results of Mexico’s sugar tax, first implemented in January, could not be used to project what might happen in SF. That’s because, according to Salazar, the Mexican tax is a sales tax added at the end of the purchase, while the SF tax is an excise tax levied on the distributor. But he is wrong about that.

Mr. Salazar should have done his homework before opening his mouth to a reporter – the Mexican tax is indeed an excise tax levied on the distributor, exactly like the SF tax.

In fact, as Reuters reported a year ago:

“Mexico’s tax could be a ‘game changer’ as ‘the first of the large soft-drink consumer markets to impose a significant excise tax on full-calorie soft drinks,’ wrote analysts at Credit Suisse in a report [in September 2013].”

A game changer is exactly what the Mexican sugary drink tax has turned out to be. As Knight’s article pointed out, in the first quarter of its new tax, sales of sweetened beverages in Mexico declined 10%, while sales of untaxed beverages increased 7%, with plain water sales increasing the most, by 13%.

In fact, the results in Mexico closely mirror what was predicted by a study published in April 2014 in the American Journal of Public Health. Researchers at the University of Illinois, Chicago, assessed the impact of sugar sweetened beverage (SSB) taxes on employment and found that “SSB taxes do not have a negative impact on state-level employment, and industry claims of regional job losses are overstated and may mislead lawmakers and constituents.”

“Overstate” and “mislead” are two words that sound a whole lot like “lying.”

With 3 weeks left to go before the election, Big Soda has already dumped close to $10 million into their campaigns to defeat the SF and Berkeley soda taxes. With all that money at their disposal, it’s hard to believe the best strategy soda tax opponents can come up with is just making stuff up.

Talking Back to Big Soda