Notes from My Purple State: “A Coal-Fired War” 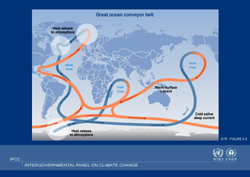 The game is up. Actually, it’s been up for a while. But now, there must be no doubt, says the Intergovernmental Panel on Climate Change (IPCC)—an organization of several thousand scientists from all over the world—that the human consumption of fossil fuels is radically altering the global environment. Temperatures and sea levels are rising at higher-than-predicted rates. Stronger storms can be definitively linked to global warming, warns the organization. And yet, for some reason, a hodgepodge of blind or fearful or bullheaded Americans still want to invest in a fossil fuel future. Sunflower Electric Company, a Kansas-based utility, has asked the state for permission to expand its already existing coal-fired power plant in Holcomb, Kansas into three new 700 Megawatt guzzlers. And in this purple state, that request has made coal the most divisive issue since Darwin.

But purple or no, the divisions fall on familiar lines. Sunflower Electric is based in the far, wind-blown western regions of the state. Read: the red part of the Kansas. That’s where its base of support lies, and that’s the economy it promises to stimulate with its new coal plants and the jobs they’d bring.

Which is why, when Sunflower went from city to city last fall, all of Western Kansas fell into line behind the expansion proposal. The meetings were mere formalities—until the company got to Lawrence. Lawrence, the most liberal representative of the more urban, progressive-minded eastern portion of the state, hosted a meeting that drew 300 locals to voice their opposition to the new coal-fired plants. In anticipation of this hostility, Sunflower even bussed 50 Holcomb residents 400 miles to participate in the Lawrence meeting.

Putting general environmental principles aside for the moment, why would Lawrencians care so much about a power plant that’s closer to Colorado than Lawrence?

First, it’s a bad investment—for the whole state. Rather than putting dollars and infrastructure into wind or solar power—of which there is a lot to go around out here—building new coal-fired power plants means, essentially, the throwing of money into something that’s soon to be a thing of the past. A relic. Or at least, for the sake of the global environment, we ought to hope so.

Lawrence resident Deborah Altus likens it to riding jolly on the Titantic. “The difference between us and the captain of the Titanic,” she wrote, “is that we know we are headed straight toward the iceberg.” Kansas University Environmental Studies Professor Johannes Feddema agrees. “Here’s an opportunity to build a new industry,” he says, something that could put the state at the forefront of cleaner renewable energy industries as the world’s coal supply both runs out and ruins the environment.

As Altus wrote, “My question is this: Do you want to be remembered for revving the engines or turning the boat around?”

What’s more, Bill Griffith of the Kansas Sierra Club estimates that the production of new coal-fired plants will not only delay the development of a strong Kansas wind industry, but it will also set it back by decades. “The new coal plants at Holcomb will kill more than token amounts of wind farm development in western Kansas for the next 50-75 years,” Griffith said in a press release dated September 26, 2006. “Kansas will continue to fall behind other states with less wind energy potential. Kansas farmers and ranchers will continue to be deprived of needed income from leasing their land for wind turbines.”

If that isn’t enough to make one think twice about these expansion plans, try this: according to Griffith, as well as KU’s Feddema, Kansas’ westerly winds will carry much of the Holcomb plants’ pollution into Eastern Kansas (Lawrence, Topeka, Kansas City), as well as neighboring states like Missouri. These plants, explains Griffith, “will potentially lead to a 60% increase in the amount of mercury emitted from all coal burning power plants currently operating in Kansas.”

Already, streams and rivers in Northeast Kansas and Missouri are under severe mercury advisories. Translation: pregnant women, for instance, aren’t supposed to eat fish caught around here because it threatens the lives and development of unborn fetuses. “Since the elemental mercury emitted by these coal burning plants at Holcomb comes down in rain as methyl mercury, one of the most toxic substances known to man,” continues the Griffith, “it is reasonable to expect that much of the mercury emitted from the new coal plants at Holcomb will further exacerbate mercury pollution in northeast Kansas and Missouri waters.”

And that’s not even mentioning the spew of CO2 these plants will release, and CO2 is the compound the IPCC—and thousands of others—have linked most directly to global warming.

All of which is why the Lawrence City Commission passed a resolution on a 3-2 vote calling for the expansion plans to be rejected. Lawrence is the first city in the state to take such action, but it joins eight—count ‘em, eight—other neighboring states that have passed resolutions opposing the construction of these particular power plants.

That fact alone speaks to the broad opposition bubbling up. It’s not, in other words, just the looney lefties in Lawrence. Last fall, a legislator from nearby Topeka proposed a bill that would put a two-year moratorium on the construction of new coal-fired plants in the Kansas.

Still, the future looks grim for friends of the earth in Kansas. Though the Kansas Department of Health and Environment is mulling over the comments it received from around the state before granting Sunflower a permit to build, Governor Kathleen Sebelius has given her tacit approval to the construction of these plants, saying “It’s a question of does it get built in Kansas or Oklahoma.” A decision is expected any day, though KDHE secretary Rod Bremby says there is no timeline.

The Governor’s short-sightedness is particularly unfortunate coming from an otherwise progressive-minded politician. Nonetheless it’s emblematic—like this fight over the Holcomb expansion plans—of the inertia that environmentalists are up against. For even now, with the IPCC banging on the doors of humanity, government officials and corporate CEOs are responding as sluggishly as dinosaurs.

Let’s hope humankind doesn’t end up in a museum for it.