Not Experimental: The State of Transgender Health Care in the Bay Area 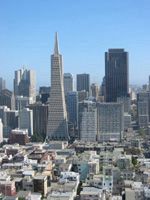 It’s tempting to describe Dr. Nick Gorton’s story as “touchy-feely.” He was an ER physician in Louisiana when he chose to follow months of hormone therapy with female-to-male–or FtM–sex-reassignment surgery. Now, every Wednesday, Dr. Gorton makes an early-morning drive from his home in Davis to the Lyon-Martin women’s clinic on Market Street, where his transgender patients find something few other places provide: respect.

Gorton seems like an obvious figure for their needs. Effusive, warm, and quick to smile, his personal experience seems to make him the perfect doctor for a population that is used to ostracism, discrimination and misunderstanding. But when asked directly about his motivations, Gorton shrugs.

“I may not be the most touchy-feely person,” he admits. “That’s me being a doctor, a scientist, someone who thinks logically.”

It is this thinking that has taken Gorton to the forefront of transgender health care, a field charged with political, economic and medical controversies. The basic problem of sorting out one’s own gender identity is difficult enough without the bevy of obstacles transgender patients face: disrespectful medical staff, high costs for care, and reluctant insurance providers.

“The medical system has a very binary system of understanding bodies,” says Willy Wilkinson, Manager of the Health Care Access Project at the Transgender Law Center in San Francisco. Wilkinson says that this system makes it harder for transgender patients to pay for their care with insurance.

For instance, although Medi-Cal is legally bound to provide some coverage for parts of the gender reassignment procedure–like hormone and mental health therapy–the state-run provider will sometimes argue that transition-related care is not medically necessary. “This is medically necessary care, yet they consider it ‘cosmetic’ or ‘experimental,’ ” Wilkinson says.

Private insurance providers sometimes use similar tactics, Wilkinson says, sometimes even denying non-transition-related care like dentistry on the grounds that these health problems are because of the sex transition.

Although he sees improvements from some insurance providers, such as Medi-Cal, Wilkinson says the insurance industry, as a whole, still has “difficulty seeing transgender people as human beings.” Not only has it failed to recognize the medical necessity of transition-related care, he says, but it has also overestimated the cost of this care.

‘A WILLINGNESS TO BE SENSITIVE’

For Robin Dea, a psychiatrist at Kaiser Permanente in Redwood City, it’s not a question of necessity. She focuses instead on a premier complaint from transgender patients: that medical culture disrespects them.

“This is the one condition that shows up in the DSM-IV,” she says, referring to a well-known directory of mental disorders, “that doctors have tried to talk patients out of getting medical treatment for.” Dea says she first saw transgender patients 26 years ago, when doctors joined religious leaders and families in condemning gender questioning altogether.

Since then, she says, many physicians have become more knowledgeable and accepting. Her own approach, refined over the years, sees transgender feelings as “a basic, innate condition of who the person is, not a lifestyle choice.” That means listening carefully to patients’ thoughts about their gender identities–and using the right pronouns for those who are at an in-between stage of their transition.

“To be mistaken for the other gender is considered almost insulting,” she says. But “the real issue here is, are you willing to intentionally be sensitive.”

THINKING THROUGH THE FUTURE OF CARE

Gorton’s favored approach is the ‘harm-reduction’ model, which assumes that since people will engage in risky behavior, any effective remedy must make this behavior safer. He cites the Tom Waddell Clinic on Ivy Street as a classic practitioner of this method for transgender patients. Such clinics rely on care guidelines published by the the Harry Benjamin International Gender Dysphoria Association (HBIGDA), which include requirements for ‘real-life experience’ as the target gender or several months of psychotherapy before receiving hormones.

The guidelines have also developed an intelligent method of allowing exceptions on a case-by-case basis, Gorton says. For instance, a male-to-female patient may be poor, relying on survival sex, or prone to attract violence. Gorton says that the HBIGDA guidelines allow a doctor to hasten the transition process to protect such patients.

But such ‘liberal’ views on providing hormones and surgery aren’t responsible for his controversial status in the transgender community at large. Rather, he has heard the label ‘traitor’ because he approaches transgenderism as a disease. Some decry the ‘disease’ label, claiming that it passes judgment on those who are gender-questioning.

Gorton counters them with questions central to his practice: “How do we define a disease? How do we define mental illness?” He also mentions a staggering suicide rate: 20-30% for pre-operation transsexuals.

With that kind of threat, Dr. Gorton says, transgenderism shows classic qualities of a disease–and withholding treatment cannot be an option.

The key, he says, is to separate the concept of ‘disease’ from its connotation.

“It’s not about your soul or your character,” he says. “It’s about chemicals in your brain.”