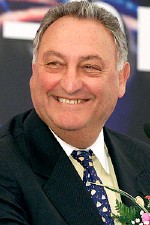 Nonprofit organizations across the nation are expressing opposition to one of the most progressive parts of the Obama budget: reducing the tax break for itemized deductions, including charitable contributions, that are taken by individuals making over $200,000 a year or married couples earning over $250,000. Under the plan, a taxpayer in the highest bracket who gives $100,000 a year to charity can deduct only $28,000 a year, not $35,000. Obama’s plan directs the tax savings toward universal health care. Charities are concerned that reduced deductions will translate into reduced donations, hurting nonprofits just as foundation and government support declines. But nonprofits opposing this progressive reform miss the big picture. Government, not private donors, should decide how tax dollars are allocated. For too long, wealthy people have been allowed to redirect their taxpayer dollars away from serving education, health care and other pressing public needs to boosting symphonies, operas and elite institutions like Harvard, whose endowment alone exceeded $36 billion in 2008.

Having spent my entire career heading a nonprofit, I always find it sad when my fellow nonprofit leaders become fronts for campaigns by the wealthy to perpetuate social injustice. We saw this in San Francisco when groups like Project Open Hand opposed (unsuccessfully) the city’s living wage law, and we are now hearing that many nonprofits are opposing President Obama’s plan to raise revenue for universal health care by limiting tax deductions by the wealthy.

According to the Wall Street Journal, “from the Ivy League to the United Jewish Appeal, petitions and manifestos are in the works” to oppose Obama’s charitable deduction reform. Many of the charities opposing the reform are based in New York City, whose Congressmember Charles Rangel heads the House Ways and Means Committee and whose Senator Chuck Schumer is influential on tax issues.

But as White House budget chief Peter Orszag explained on his blog, “If you’re a teacher making $50,000 a year and decide to donate $1,000 to the Red Cross or United Way, you enjoy a tax break of $150. If you are Warren Buffet or Bill Gates and you make that same donation, you get a $350 deduction — more than twice the break as the teacher.”

So proponents of the Obama reform see it as a progressive strategy for funding universal health care. Opponents accuse the Obama Administration of “turning even philanthropy into a class issue”.

Not surprisingly, business interests have been shouting the loudest about the potential harm to nonprofits from Obama’s plan.

In the March 12 Business Week, Sandy Weill has a piece titled, “Obama’s Tax Plan Will Hurt Nonprofits.” Is Weill someone who has spent his career fighting in the trenches for the public good? Not quite.

Weill is chairman emeritus of an entity called CitiGroup. That’s the group that has helped plunge the U.S. economy downward, has taken billions in TARP funds, and whose 20-year, $400 million sponsorship of the New York Mets new stadium has done nearly as much as the AIG bonuses to increase public skepticism over government bailouts.

Weill has given tens of millions of dollars to favored hospitals and other charities, and he speaks reverently of the importance of philanthropy. But what people like Weill most love about charitable deductions it that it gives them, rather than society as a whole through its democratically elected public officials, the power to decide how their tax dollars should be spent.

Weill has devoted his life first and foremost to private profit. He and his wealthy colleagues clearly do not like the idea that their taxpayer dollars will go to health care, rather than to the causes they personally prefer.

Weill and other opponents of the Obama plan cite a study by the Center on Philanthropy at Indiana University that found that, if in effect in 2006, the proposal would have reduced charitable giving by $3.87 billion. But in 1996, a poll taken by the nonprofit coalition Independent Sector found “keeping taxes down” was the last among seven reasons for giving, casting doubt on opponent’s underlying assumption.

It’s the Target of Spending, not Total Dollars Spent

Even if we accept that charitable giving would decline by nearly $4 billion under Obama’s plan, this critique addresses the wrong issue. The key question is whether the United States is better off having wealthy taxpayers pay more toward funding universal health care, or rather are free to give more billions to Harvard and Yale, more billions to elite art museums, and to otherwise spend tax dollars in a way that does not address a pressing public priority.

The nonprofit tax loophole has become one of the biggest scams in the entire internal revenue code, and the Obama Administration deserves enormous credit for having the courage to revise it.

There is something very wrong with a system that allows tax deductions for donations to a school like Harvard that already has a $36 billion endowment (it has declined in the past year but still is massive) while 47 million Americans lack health care.

Or that allows wealthy donors to put their name on new museums or hospital wings while the government barely funds the arts and working people cannot afford hospital stays.

So before your nonprofit goes public against the Obama plan, think about the broader implications. And think about whether you really want to align yourself with the Sandy Weill’s of the world, who have helped cause the economic problems that have put many charities in financial trouble.