No Person Shall Be Deprived of Life, Liberty or Property … Unless the Oil and Gas Industry Says So 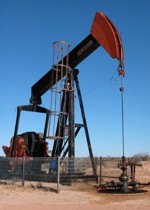 Eminent domain, the government’s right to condemn (or take) private land for “public use,” has at times been a highly contentious topic because it can displace people from their homes to make way for construction of different projects, like highways or roads, civic buildings and other types of public infrastructure. However, what some may not realize is that several states have granted eminent domain authority to certain private entities, including oil and gas companies. These companies are using it as a tool to seize private land, which increases profits and benefits their wallets.

According to the U.S. Constitution’s Fifth Amendment, in order to pursue eminent domain, the land must be taken for “public use” and the private property owners must receive “just compensation.”

No person shall be . . . deprived of life, liberty, or property, without due process of law; nor shall private property be taken for public use, without just compensation.

Traditionally, the “public use” provision referred to projects like roads, schools, parks and other public facilities that could be directly used by all. However, the meaning of “public use” has been loosely interpreted in recent years.

The controversial Kelo v. City of New London (2005) is credited with broadening the interpretation of “public use.” In this case, the Supreme Court ruled in favor of New London, deciding that the city could take private property and give it to another private entity for “economic development.” The Court decided that this met the “public use” provision of the Fifth Amendment. But despite taking the land and spending millions of taxpayer dollars on the proposed project, the plan never came to fruition and nothing was constructed.

Now it seems that the oil and gas industry is capitalizing on this this precedent-setting case.

The state legislature of North Carolina recently legalized fracking. Yet, what some residents may not know is that North Carolina’s eminent domain law allows some private entities to take private property for certain uses. This includes oil and gas companies who have been given the right to condemn land and construct pipelines for natural gas transportation. As a supervising attorney at the Duke Environmental Law and Policy Clinic points out, there could be even bigger implications. “If private companies engaged in these activities are designated as ‘public enterprises,’ then they may be able to take private property for purposes far beyond that of laying pipelines.”

In July, the Pennsylvania Commonwealth Court ruled that provisions in Act 13, (which revised the Oil and Gas Act of 1984), aiming to prevent local zoning rules for gas drilling and fracking were unconstitutional. However the Court didn’t rule on the topic of eminent domain. This leaves open the possibility that oil and gas companies could pursue this as a method to take people’s land.

Meanwhile in Texas, TransCanada, the company that wants to build the Keystone XL Pipeline, is trying to grab private property from a small town, claiming they have eminent domain rights—and some residents are outraged.

The Kelo case broadened the interpretation of the “public use.” The city of New London took land from a private property owner so that they could give it to a private entity in the name of “economic development.” Unfortunately, oil and gas companies will now have this card to play when justifying land grabs.

This piece was first published at Common Dreams.