“No Ordinary Man” And “Pray Away”—Reviews 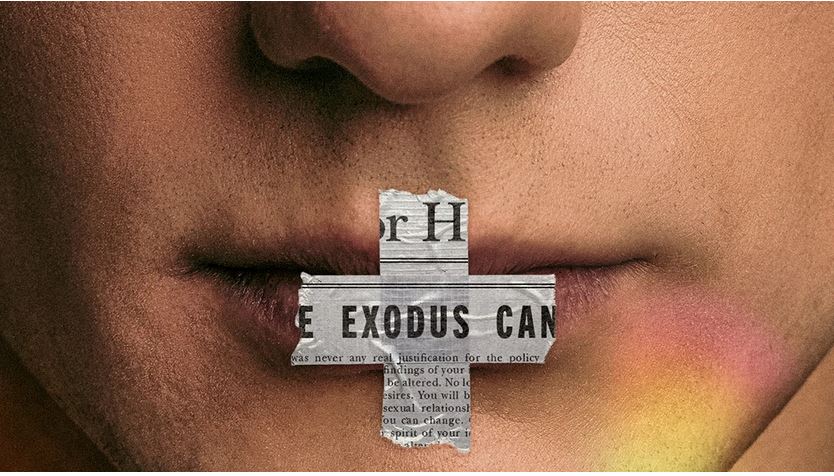 Billy Tipton Was No Ordinary Man

Aisling Chin Yee and Chase Joynt’s engaging documentary “No Ordinary Man” opens in a way which differs from yet another bog-standard documentary about a musician.   You know the type of documentary format in question.  There’s footage of the film’s subject performing their music.  Assorted talking heads rhapsodize in sound bites about the film subject’s talent.

Yee and Joynt’s film, by contrast, is about Big Band-era jazz musician Billy Tipton but not about his music.  The viewer’s first taste of Tipton is a period radio broadcast.  Yet the aerial footage of a cityscape comes from the present day.  Basic facts about Tipton’s life, such as his only making two albums or his early start in Oklahoma City, are introduced quickly yet are not generally dwelled on.  If “No Ordinary Man” has little interest in organizing and presenting what Holden Caulfield famously called that “David Copperfield stuff,” the directors have a reason for this approach.

The world may not have known Tipton was a woman living as a man until after his death.  But the denials and rationalizations used to account for why Tipton did so (e.g. Tipton adopted a male identity to pursue a jazz musician career) traffic heavily in the cultural stereotypes and prejudices regarding the transgendered.

The most notorious of these deniers of Tipton’s life is Dianne Wood Middlebrook.  Her book on Tipton, Suits Me, patronized his wife Kitty Kelly and adopted son Billy Tipton, Jr. as either deluded or unobservant.  The author also displayed an unapologetic ignorance for what the female-to-male experience was like during Tipton’s lifetime.  Interview excerpts show Middlebrook even openly disrespecting the pronoun Tipton would have preferred to be addressed by in life.  To be momentarily fair to Middlebrook, excerpts from Kelly and Tipton Jr.’s appearances on the television talk show circuit show that other hosts and audience members share an equal degree of transphobia.

Ironically, it was Kelly who had the idea of approaching Middlebrook to write about her late husband’s life.  (Yee and Joynt don’t provide context to explain why Kelly thought Middlebrook would be simpatico enough to tell Tipton’s story fairly.)  However, by the time of a recorded hostile conversation between Kelly and Middlebrook, it’s clear the writer has already made negative judgments about her subject and his immediate family.

Call “No Ordinary Man” a corrective to the harm to Tipton’s reputation caused by the world’s Middlebrooks.  It’s a cinematic deconstruction of the transphobic stereotypes hidden behind the traditional accounts of Tipton’s life.  It also celebrates the trans community’s regard for Tipton as a cultural trailblazer.

The celebration part begins with a running sequence where actors are auditioning to play Tipton in a biopic of his life.  A biopic is pop culture’s way of saying a person is culturally and/or historically relevant and important.  But unlike the mainstream biopic where straight actors might be hired to be gay for pay, the actors auditioning for the role (e.g. Ryan Cassata, Marquise Vilson) are actual transmen.  Vilson, in a nice touch, may be black but doesn’t let that fact bar him from auditioning.

To center the telling of Tipton’s life on his being a woman disguised as a man, argue Yee and Joynt, is to continue propagating harmful transphobic stereotypes.  Saying the reason Tipton adopted a male disguise was to obtain work as a musician brings up the “transgenedered as social deceivers” trope.  Disclosing Tipton’s physical gender is a harmful type of outing which also conflates gender identity with sexuality.

The filmmakers argue the central reason for celebrating Tipton’s life is his developing an existence on terms that worked for him at a time when there were no support services for the transgendered.  Medical assistance may have been out of the question given that doctors are human and not immune to possessing transphobic attitudes.  But not having the right physical equipment didn’t stop Tipton from being a good husband to Kelly and a good father to Billy Jr. and his other adopted children.

The biggest tribute that the filmmakers and the interview subjects offer to the man they consider an inspiration are their answers to the question of what they would ask Tipton if he were alive again and talking to them.  Their responses range from hoping Tipton serves tea on events at post-performance parties to asking what Tipton’s greatest joy is and how gender fits into that picture.  When Billy Tipton Jr. sees a recording of these questions, the viewer can’t miss seeing how visibly moved he is by the love shown to his late father.

For readers unfamiliar with the name, Exodus International was founded in the late 1970s by a group of LGBT fundamentalist Christians.  The martyred Harvey Milk may have exhorted gays and lesbians everywhere to break down their closet doors and come out.  The founders of Exodus declined to do so as they considered gay or lesbian feelings and behavior the result of either childhood trauma or mental illness.  Their solution was to create a program that would combine Bible study, one-on-one counseling and “behavior modification” to help its participants “pray away the gay.”  The alert reader’s alarm bells will already be ringing at this point, wondering how much Exodus’ so-called “behavior modification” happens to be a kissing cousin to the “enhanced interrogation techniques” frequently employed at Abu Ghraib.  But for wavering LGBT conservative Christians of the time, such qualms seem minor compared to the AIDS crisis’ apparently unending waves of death and the frequent public trashing of the out and proud life by despicable ultra-conservative Christian officials such as Jerry Falwell and Jim Dobson.

The decades-long history of Exodus International’s existence is told through the recollections of such key figures as: Michael Bussee, Exodus’ co-founder; Julie Rodgers, who was being groomed to be a future ex-gay leader; John Paulk, Exodus’ chairman of the board and the public poster child for conversion therapy’s alleged success; and Yvette Cantu, spokesperson for the contemptible Family Research Council and mother of the “slippery slope” argument against marriage equality.

To be fair to these figures in the ex-gay movement, none of them appear to have been motivated by malice towards the LGBT community.  Bussee and Paulk thought they were helping fellow troubled gay Christians such as themselves.  Cantu had been traumatized by the loss of 17 friends to AIDS.  Rodgers wanted to be a good person yet her only reference point for moral direction was conservative Christian culture.  In fact, the primary subjects come across on screen as being sincere in the goodness of their intentions.  Yet they also clearly forgot the well-known aphorism about what good intentions serve as paving stones for.

Damningly, more than a few of the people who served as Exodus International counselors had no training whatsoever in dealing with mental health issues.  They only had one answer for prospective ex-gays who noticed that prayer and behavior modification had not banished their same sex feelings.  It was to put the onus on the troubled LGBT person for letting their personal shortcomings prevent them from embracing the word of the Lord.

Some low comedy can be found in seeing how football games and full cosmetic makeovers were used to encourage Exodus International conference attendees to get back in touch with their supposedly forgotten heterosexual feelings.  But a viewer’s amusement soon fades on seeing how effective enforced obedience and social isolation can be in getting potential ex-gays to renounce their true sexual feelings.

The Exodus International leaders may have been motivated by high ideals.  But it becomes clear other groups affiliating with Exodus had more venal motivations.  The conservative Christian churches’ existence depended on a steady stream of followers obeying the established cultural program of “get married, bear children, have those children be inculcated and obedient to church doctrine, then rinse and repeat.”  The psychiatrists and therapists claiming expertise in conversion therapy enjoyed the business benefit of having a ready-made client base.

It would be the increased political venality of Religious Right leadership that would slowly undermine Exodus International.  The slowly growing social acceptance of LGBTs in America led Christian Right leaders to exploit the George W. Bush-era GOP-controlled Congress to prevent LGBTs from being given any sort of legal protections.  The “special rights” lie was devised to advance this goal.  Exodus’ representatives were used to publicly pinkwash the Religious Right leaders’ most vile homophobic opinions.  The “slippery slope” slur against marriage equality effectively pushed people on the fence about marriage equality into frightened opposition to gays and lesbians getting married.

Various causes would lead most of “Pray Away”’s subjects to leave the ex-gay movement to become ex-ex-gays.  News footage of the candlelight protests against the victory of Proposition 8 did impress one of  “Pray Away”’s subjects with the realization that his actions had seriously hurt the LGBT community.  Personal emotional problems such as PTSD and an unshakeable addiction to gay porn became pathways for other subjects of “Pray Away” to leave the ex-gay movement.  In Paulk’s case, his being filmed by a gay activist fleeing a Washington, D.C. gay bar feels like a good occasion for having a slice of schadenfreude pie a la mode.

But it’s Rodgers’ recounting of a meeting she and Alan Chambers, an eventual ex-president of Exodus, took with a group of conversion therapy survivors that became for her what might be ironically called her Come To Jesus moment.  She was shaken by accounts of the emotional harm wrought by the “therapy” she advocated for.  The rationalization that the people who left Exodus were “outliers” felt cruel next to these pain-filled accounts of how the feelings of inadequacy nurtured by not living up to conversion therapy’s goals inspired more than a few of these survivors to contemplate suicide.

“Pray Away” leaves it to the viewer to ultimately decide what redemption needs to be required of those who were involved in the ex-gay movement.  Admittedly, Exodus International eventually shuttered its doors.  But by the film’s end, there’s still a sense of the ex-gay genie having destroyed its proverbial prison.  Transman Jeffrey McCall, who’s seen throughout the film, has taken up promoting the “homosexual lifestyle is oppressive” mantle.  His so-called Freedom March advocates for freedom in the same way anti-vaxxers rationalize claiming freedom to justify not getting inoculated against the highly contagious COVID-19.  Meanwhile, Rodgers’ mentor Ricky Chelette and his Living Hope Church still promote their twisted version of conversion therapy.  It’s a shame Chelette refused to be interviewed and pinned down on camera regarding why he felt Rodgers’ ex-gay advocacy would be strengthened by his pushing Rodgers to share with a roomful of strangers the story of her rape.

The former ex-gays of “Pray Away” realize the inadequacy of apologies for what their work has wrought.  To their credit, they’re not asking for forgiveness.  Paulk, for example, is well aware of the figurative blood on his hands.  And some of these ex-ex-gays have even tried to repair the damage they helped inflict.  Bussey for one has been helping organize reparative therapy survivors.

It could be argued Cantu’s and others’ willingness to appear in Stolakis’ film and speak candidly about their experiences is one part of the redemption process they need to undergo.  Time will tell what other steps they should take.

But one certainty reached by the end of “Pray Away” is that the Christian Right and those who ally themselves with their repressive agenda have definitely declared their willing embrace of the wrong side of history.

(“No Ordinary Man” is now screening at the Embarcadero Center Cinemas in San Francisco and the Shattuck Cinemas in Berkeley.  “Pray Away” starts streaming on Netflix on August 4.)