No Birthday Celebration for Medicaid? 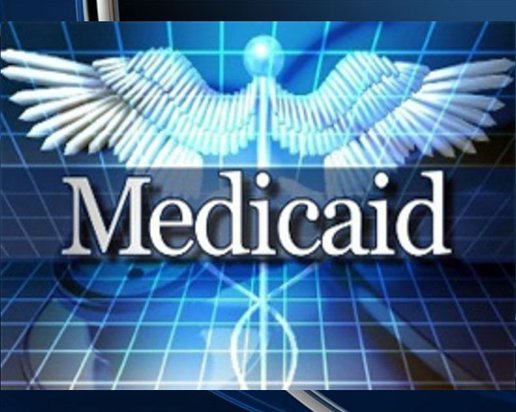 July 30 this year will be a very special day — the celebration of the 50th birthday of Medicare, which serves mainly senior citizens.  But although President Johnson signed both Medicare and Medicaid bills on July 30, 1965,  senior citizen organizations as well as hundreds of labor and community organizations will be commemorating only Medicare.

The very active  national senior citizen organization, The Alliance for Retired Americans, is concerned that Congress may seek to privatize Medicare.   So The Alliance  views the celebration as an opportunity to remind members of Congress  of how important the program is. But Medicaid, which also serves older Americans, is facing major cutbacks.  Yet, little or nothing  is being planned for Medicaid, which serves low income individuals and families of any age.

In California, the Campaign for a Healthy California, which is an organization whose purpose is to achieve affordable health care for all, mentions only Medicare in its publicity on the July 30 celebration it is planning at the federal building in Oakland.  By ignoring Medicaid, it mistakenly claims that Medicare is the nation’s largest health insurance program.

Actually, Medicaid is the nation’s largest health insurance program, and serves a much broader population than Medicare.  In fact, Medicaid has served more beneficiaries than Medicare even before Obama’s Affordable Care Act.  This act,  by increasing eligibility for Medicaid, is adding many millions more low income recipients.

Organized Labor too is on the whole celebrating Medicare but not Medicaid.  Just recently the progressive California Nurses Association submitted a resolution to the San Francisco Labor Council to support the Medicare Turns 50 campaign “to protect, improve, and expand Medicare”. The resolution was approved unanimously by the Labor Council.   It is distressing that a nurses union would fail to include Medicaid.  And since many low wage and unemployed workers depend on Medicaid, organized labor should be playing a leading role celebrating Medicaid.

How do we explain this pattern of omission?  Medicaid is a poor people’s, means tested program.  Even among those who have lobbied on behalf of Medicaid, poor people’s programs can be easy to ignore.  But it is worthwhile reminding ourselves of its importance. The  public needs to be educated on the value of all social programs.

Unlike Medicare, which is completely a federal program, Medicaid is a federal and State program.  Since the program is administered by the states, there are considerable differences from state to state.  But generally speaking, Medicaid is more comprehensive, and offers certain important advantages that are not provided by Medicare.

In contrast to Medicare, Medicaid provides long term care custodial care.  Not surprisingly, those who need long term care are disproportionately elder Americans.  Nursing homes are very expensive and in California average about $10,000 a month.  Those who don’t meet the strict income limits must pay out of pocket.  But it is only a matter of months that most clients run out of money.  They can then qualify for Medicaid.

An alternative to nursing homes is home care.  But the political pressure from the nursing home industry prompts Medicaid to favor nursing homes.  Significantly,  the highly reputable researcher, Charlene Harrington at UCSF, estimates that at least 30 percent of recipients in nursing homes facilities could comfortably remain at home if the home care provision is expanded.  By ignoring Medicaid we are ignoring its benefits and limitations.

So celebrating the 50th anniversary of Medicaid as well as Medicare provides a wonderful opportunity to both applaud the program and campaign for its improvement.  You know the old line —  “United We Stand, Divided We Fall”.

Editor’s Note:  In response to Harry Brill’s article, CNA’s Michael Lighty informed Beyond Chron, “Harry Brill continues to misrepresent the content of the Medicare turns 50 events, even after repeated conversations with him. Of course Medicaid will be included in the celebrations. The resolution focuses on Medicare as that is a program is under attack, and despite its limitations, is a stepping stone and model – in improved and expanded form – to guarantee healthcare for all. Medicaid is vital, but falls far short of guaranteeing a single standard of quality care for all. There’s no legitimate reason for Brill – or Beyond Chron – to single out and attack the California nurses who work on the front lines of healthcare and fight for an improved Medicare for All.” Brill states that he never talked to CNA about the issue.