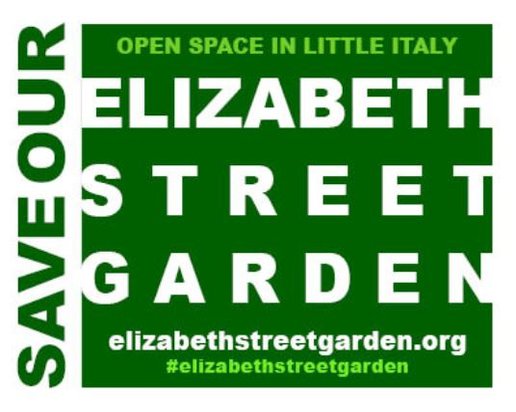 On September 17, New York’s Lower Manhattan Development Corporation will hold a hearing on plans to build around sixty units of affordable senior housing on city-owned land in the Nolita (north of Little Italy and east of SOHO) neighborhood.  Nolita is a heavily Democratic community whose progressive residents would be expected to favor affordable housing. Instead, many are battling to defeat it.

The Elizabeth Street struggle follows HBO’s recent mini-series, Show Me a Hero, which portrayed fierce working and middle-class opposition to low-income housing in Yonkers, New York.  Some of these opponents argued that affluent communities are rarely asked to house the poor, and they are right.

While Nolita’s opposition is driven by a desire to maintain open space rather than fear of the poor, the net impact of their success is the same: to deny low-cost housing to a population that desperately needs it.  Such is NIMBYism—a term for those who resist developments in their own neighborhood that they would accept elsewhere—New York City style.

Elizabeth Street Garden was slated for affordable housing as far back as 1983.  While awaiting development the 20,000 square foot lot was leased to the adjacent Elizabeth Street Gallery for only $4,000 a month.  This meant that New York City taxpayers were providing a well below market rent to a business selling garden statues to the wealthy.

In 2013, Councilmember Margaret Chin began the process to turn the space into senior affordable housing.  But Nolita had changed in the preceding twenty years. It was now an upscale enclave, and its politically savvy residents wanted the area to remain green open space and not become affordable housing.

To convince the city to forego housing Nolita activists responded to Chin’s initiative by transforming the privately leased area into the “Elizabeth Street Garden.” I was recently there and the area is beautiful.  Professional gardeners and landscapers designed the space and regularly maintain it. Seating is now available and the space has become the urban “oasis” that opponents of the affordable housing believe needs to be preserved.

Of course, during my multiple visits to the space the only people of color I noticed using it were nannies with babies in strollers. Most visitors appeared to be European tourists.  A table is set up to distribute literature and a petition against the housing, and I asked the woman in charge some questions about their opposition.

The woman assured me that she was all in favor of senior housing but that this was the “wrong” neighborhood. She said that there were no nearby supermarkets that low-income seniors could afford.  She pointed out a flyer stating, “Community Board 2 has identified a site that can provide five times as much housing in a preferable location.” But upon investigating this I learned that this alternative site at Hudson Square had never been assessed for affordable housing and was itself slated to be a park.

One reason low-income housing is not proposed for affluent neighborhoods in the first place is that upscale residents opposed to such projects have the resources and connections to win. Garden advocates are no exception. They are running a professional-looking opposition campaign featuring a sophisticated website, a You Tube video, and social media outreach.  Housing opponents are using a Change.org petition to urge support for keeping the garden and to “find a different site” for affordable housing.  In contrast, since the identity of the seniors to benefit from the housing cannot yet be known and the group to build the housing is not yet selected, the pro-housing campaign lacks a public presence.

The rising cost of land in major cities makes it hard for affordable housing developers to get sites. This makes denying housing on city-owned Elizabeth Street particularly troubling.  San Francisco voters are expected to approve a ballot measure this November mandating that affordable housing developers get the first right to purchase city owned land. Other cities should consider similar policies.

New York City Mayor Bill de Blasio has recently announced plans to address the city’s housing crisis, which should make the choice obvious between using Elizabeth Street Garden for senior affordable housing or a city-subsidized garden for the affluent. But affluent neighborhoods are used to getting their way, and it’s a lot easier for public officials to back open space rather than side with seniors who are not yet living in the community.

Over 140 opponents turned out for a hearing on the project in 2014, and an even bigger turnout is expected on September 17.  This crowd will contribute to opponents’ narrative that “the community’s will” must be respected. Thus is the verbiage of grassroots progressive movements invoked in the cause of preventing New York City’s low-income seniors from getting safe and affordable housing in a desirable neighborhood.

Randy Shaw is Editor of Beyond Chron. He discusses the importance of affordable housing in creating diverse neighborhoods in his new book, The Tenderloin: Sex, Crime and Resistance in the Heart of San Francisco