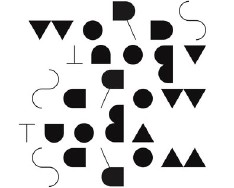 The latest example of the sad decline of the New York Times Book Review under editor Sam Tanenhaus is its January 2, 2010 edition on “Why Criticism Matters” that excludes African-American and Latino critics. Citing the importance of the critic as cultural arbiter, the Times asked six critics to address the subject – none of whom were black or Latino. Further, the back page of the section cites seven cultural critics who inspired the issue’s theme: all seven are white men. We have previously discussed the Book Review’s neo-conservative agenda in its promoting a praiseworthy review of a book unfairly attacking Hampshire College; now it is defining critics as our leading cultural arbiters while ignoring the perspectives of the African-American, Latino and Asian-American critics whose outsider status has often resulted in salient critiques of the elite white culture trumpeted in the Times.

It should be considered remarkable that in 2011 the New York Times Book Review would put out an issue on cultural criticism that excludes no representatives of the leading ethnic and racial minority groups of the United States. Sadly, this exclusion, particularly for Latino critics, is par for the course.

According to the January 2 “Up Front” note by the Book Review editors, “we live in the age of opinion.” And while “we do not lack for contentious assertion,” only “occasionally it is informed by genuine understanding as opposed to ideological presumption.”

Who determines what constitutes “genuine understanding” vs. “ideological presumption”? In this case, it’s the Book Review editors.

This means that cultural criticism that disagrees with the editors’ own assessments is “ideological,” and its authors are not given space in the Book Review section. Meanwhile, criticism favored by the editors reflects “genuine understanding,” and gains its author entry into the Review’s stable of commentators.

African-American and Latino critics have long noted the disconnection between the nation’s values and constitutional principles and its actual policies and actions. Because these critics attack the hypocrisy of the elite, their views are often described as “ideological,” and to lack “genuine understanding.”

I do not know whether the editors considered including the perspectives of an African-American or Latino critic, or consciously excluded such landmark critics as W.E. B Dubois from its back page white male pantheon. But it is clear from reading the Times Book Review that progressive views are only infrequently found, and that the politics of the section are closer to Commentary magazine than the New York Review of Books, with which the Times Sunday Review was once often compared.

This ideological agenda helps ensure that prominent African-American and Latino voices are bypassed, with editors likely fearing that including unrepresentative voices – the Thomas Sowell’s or Richard Rodriquez’s – will raise charges of tokenism.

The editors’ defensiveness is evident from another portion of their “Up Front” comments in which, apropos of nothing, they distinguish the “serious critic” from those interested in “tabulating the number of “Brooklyn novelists” who receive attention each year in publications like this one (data possibly more useful to real estate agents and sociologists than to readers).”

Not to sound “ideological,” but it is relevant if a nationally distributed Book Review section that strongly drives sales is promoting books based as much on the residency – and likely personal connections – of its authors than on the merits of the texts. Such a critique is unquestionably useful to book purchasers, and speaks volumes to the larger “aesthetic, cultural and moral” issues the editors claim to be concerned about.

If a disproportionate number of Brooklyn-based writers have reviews in the Book Review section, it could be that that wonderful borough is simply a rich area for quality writers. Or it could mean that a publication that claims to seek out the best in books actually is governed by insider connections, not merit, and perfectly reflects the false meritocracy all too common in the nation today.

It strikes me as a great topic for critical analysis. But that’s not the type of cultural criticism we will find in the Sunday Times Book Review.