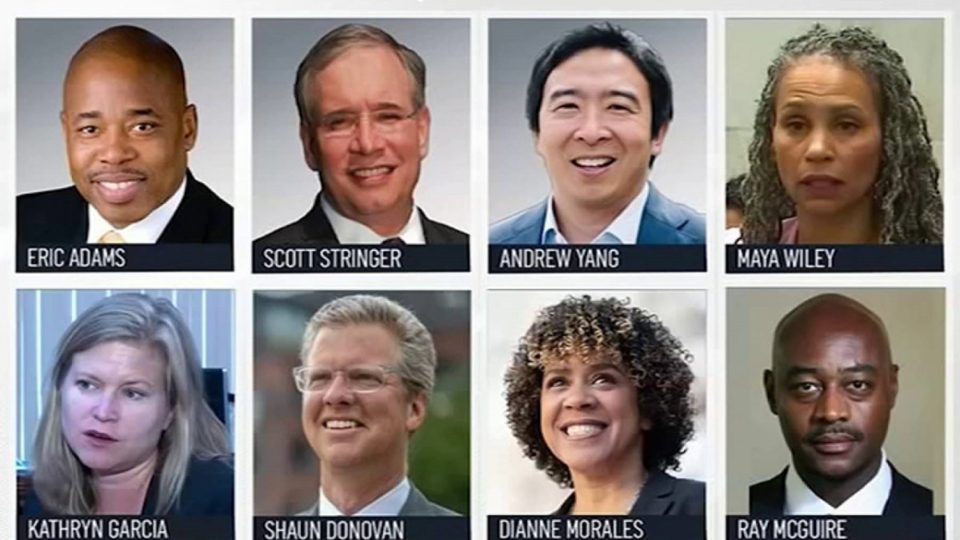 Today is Election Day in New York City. A powerful mayor will be selected in a late June election which skews voter turnout to the always voting property-owning/professional classes. In Generation Priced Out I urge cities to boost tenant political clout by aligning local elections with state and national races.   But heavily tenant New York City still holds its Democratic primary in a month where many voters are thinking only about the beach and summer plans.

Here’s my take on the race.

The 2021 NYC mayor’s race was jolted by unexpected developments that weakened the two leading progressive candidates, Scott Stringer and Dianne Morales. Unlike 2013, when progressives unified behind Bill de Blasio, the progressive vote is now potentially split between these two and Maya Wiley. Alexandria Ocasio-Cortez (AOC) tried to unify progressives by endorsing Wiley, and we’ll soon know if she succeeded.

Fortunately, the election features ranked choice voting. This prevents moderate/conservative Andrew Yang from winning by a plurality in a wide field. But candidates have displayed a lack of sophistication around making alliances to secure second place votes. Voters strategic use of ranked choice in this election is also unclear—- though what is certain is that the system’s implementation will potentially delay the victory determination until as late as July 12!.

Eric Adams is the consensus frontrunner. Adams would become NYC’s second black mayor. Kathryn Garcia, whose campaign was propelled by a New York Times endorsement, would, along with Wiley, become the city’s first woman mayor (she is ethnically white so would not be the city’s first Latinx mayor).

The race comes down to Adams, Garcia and Wiley. Adams, the Brooklyn Borough President, is the only one with a track record of getting people to the polls. Backed by Black political leaders, political moderates, and billionaires (Hedge Fund head and Mets owner Steven Cohen just gave Adams another $1 million on top of his prior $500,000), Adams has the strongest political operation of any of the candidates.

Garcia’s Times endorsement was based on her alleged skill at “managing” the city. If you believe that New York City voters are primarily looking for a manager rather than an inspirational leader, Garcia is your pick. I don’t see Garcia as having the political machine or the name recognition behind her to win this race.

I hoped Wiley would gain traction because I have long admired her father, the late George Wiley. George Wiley founded the National Welfare Rights Organization, which once had 800 chapters and 125,000 members. He was a true champion for the poor who went on to head the national Movement for Economic Justice. Wiley died tragically in 1973 when he fell off a boat while sailing with his family. He was only 42.

Maya Wiley is now best known as a former MSNBC commentator and for holding positions in the de Blasio administration. Her record with de Blasio is a big issue in the race, and on balance has not been very helpful (the mayor is not very popular). Wiley has been the top-tier candidate most critical of the NYPD, which is one reason why billionaires are rushing to fund Adams, who has expressed support for stop and frisk.

An electorate skewed toward professional voters helps Wiley. But she has never run a campaign before and lacks an electoral machinery to get out her vote. Her fortunes likely rest on moderate voters seeking a woman mayor making her their second choice to Garcia.

So who will win? Ranked Choice Voting’s uncertain impact in its first try in NYC makes it a tough call. Until the past week I would have gone with Adams but he’s made a series of last-minute, self-destructive comments that could snatch defeat from likely victory. So Wiley could be a late-gaining winner, as the race is now too uncertain to call (the final polls taken before Adams’ controversial comments had him narrowly ahead).

I can predict with  100% certainty that the winner will not inspire the incredible excitement that accompanied Bill de Blasio’s 2013 victory.  Mayor de Blasio raised hopes for true progressive change that he too often failed to deliver on. Disappointment among his original followers has likely contributed to the lack of grassroots excitement over the 2021 campaign (I describe de Blasio’s failed housing policies in Generation Priced Out).

I’ll post the election day results tonight on Twitter (@beyondchron) but we will not get ranked choice numbers for a week.