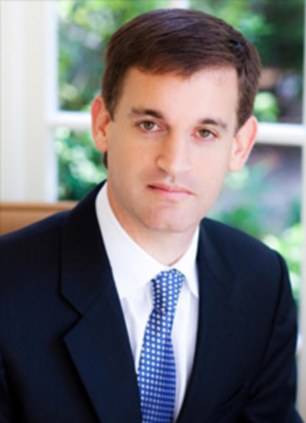 A new website reveals that Enron-billionaire John Arnold has spent up to $50 million of his own fortune to dismantle retirement plans for firefighters, nurses, teachers and other public employees.

The website – Truth About John Arnold – is sponsored by the National Public Pension Coalition (NPPC) and Californians for Retirement Security and traces the wide financial influence that one billionaire has on public pension fights. John Arnold amassed his fortune as an Enron trader, where he earned an $8 million bonus as the company’s collapse decimated $1.5 billion in public pension assets. Arnold turned his $8 million into billions as a Wall Street hedge fund manager.

“John Arnold is the second youngest billionaire in America. John Arnold has decided to spend his billions to take hard earned retirement benefits away from school bus drivers, teachers, nurses, firefighters and other public employees. What is in the heart of someone who, having become one of the richest people on the planet, decides to use that wealth to undermine the retirement security of working class Americans who have dedicated their entire careers to public service?”

Arnold’s spending has touched every facet of anti-retirement campaigning, including tainted research, political advocacy organizations, ballot initiatives, journalism, and the campaign coffers of extreme politicians. He is involved in battles to limit retirement security across the country through his foundation, the Laura and John Arnold Foundation, and his political PAC, Action Now.

“Lawmakers, workers, and the public at large deserve to know that the funding to dismantle retirement security for firefighters, nurses, teachers and other public employees across the country can be traced back to one source – Enron-billionaire John Arnold,” said Bailey Childers, Executive Director of NPPC.

The truth about John Arnold:

– In 2013, Arnold was the leading financier of former San Jose Mayor Chuck Reed’s failed effort to put a statewide pension-gutting initiative on the ballot.
– Arnold was the lead financier ($150,000) of an effort to end public pensions in Ventura County. A judge declared the effort unconstitutional.
– Arnold spent more than $1 million dollars on a ballot initiative in Phoenix to close the pension system. That effort was defeated by voters in 2014.
– The Laura and John Arnold Foundation underwrote a PBS series called “Pension Peril.” The PBS Ombudsman declared the $3.5 million contribution inappropriate. The grant was returned and the series pulled from the air.
– Arnold underwrites Pew Charitable Trusts’ pension work with a $4.85 million contribution.

This piece previously appeared in Calitics.com