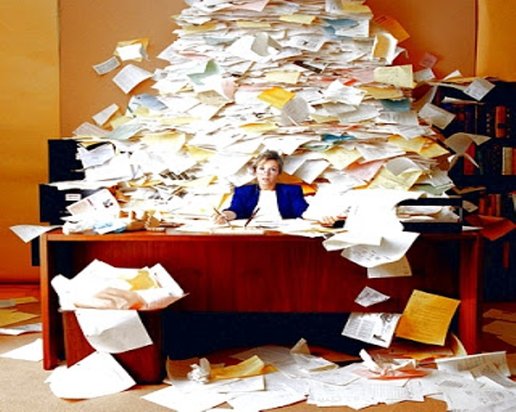 If you think San Francisco’s planning approval process is already slow, get ready for gridlock. Because if Supervisor David Chiu gets six votes for the current version of his Airbnb legislation, at least a dozen planning staff would go from reviewing projects to enforcing the new law.

Why would the Board of Supervisors impose major new responsibilities on an already strapped Planning Department? And push planners away from priority projects and toward regulating tourist rentals?

It makes absolutely no sense.

And if you’re waiting for planning to process your permits or projects, good luck—the transition of staff to administering the complicated new Airbnb law will mean months of additional delays on projects ranging from kitchen remodels to new housing developments.

This hijacking of planning staff for Airbnb enforcement is happening for three reasons.

First, Chiu hopes to be out of San Francisco after the November Assembly election. He won’t have to deal with angry constituents complaining about the planning department’s slower review process.

Second, “Homesharers” who profit from tourist rentals don’t submit building permits to the city. They don’t need planning staff. If slowing down construction gets them the legislation they want on tourist rentals, fine with them.

Third, most developers are unaware of the planned major transfer of planning staff to tourist rental enforcement. They see no reason to inject themselves into the controversy.

The facts speak for themselves. There is currently a backlog of 1200 complaints for illegal tourist rentals. The only reason for this backlog is that Planning lacks staff to handle the volume of complaints.

Instead of examining the reason for this backlog, Supervisor Chiu’s legislation acts as if it doesn’t exist. Chiu relies on the curious logic that says that if Planning can’t handle their current workload the solution is piling on more.

That’s why this legislation does not come close to paying for itself. It relies on a combination of fuzzy math and a field of dreams approach whereby if you allow unlimited tourist rentals, city planners to administer the program will come.

Planners will come—from the vital services they currently provide on  project review and other priorities. Given the several thousand hosts, it will take at least a dozen planning staff to process complaints, request evidence from hosts, and conduct investigations and administrative hearings required under the new law.

And once the complaints start being filed and the planning department is engaged fulltime in seeking documents from hosts—because the law requires no posting of tourist use and only the Planning Director can get such information—we may need a staff of twenty to prevent a long complaint backlog.

Fortunately for the city, we can have a sharing economy without decimating the Planning Department. All the supervisors have to do is amend Chiu’s legislation to allow nonprofit groups whose primary purpose is housing preservation to file enforcement actions that the Planning Director and City Attorney’s office lacks the staff to do.

That’s exactly what the supervisors did in 1990 when they revised the city’s Residential Hotel Anti-Conversion Ordinance to give specified nonprofits such standing. Before that time, the then Bureau of Building Inspection had the same problems with “administrative” enforcement of the HCO law as Planning has today with illegal tourist rentals. The Board of Supervisors had tossed BBI the responsibility on enforcing a law without providing the funding, staff or expertise to succeed.

Since specified nonprofits got standing in 1990, SRO conversion enforcement has not been a problem. The City Attorney’s office has brought major cases under the HCO. But they brought nowhere near as many actions as nonprofits did, and necessarily limited their resources to the biggest and most recalcitrant cases.

The Board still has a chance to avoid subject the Planning Department to the disruption, slowdown and relentless criticism a prior agency experienced under similar facts in the 1980’s. By amending the legislation to provide the same nonprofit right of action as in the HCO, Planning’s resources need not be redirected away from its core priorities.

Airbnb should support allowing specified nonprofits to put violators out of business since these wrongdoers are for the industry. And any concern that private parties will be replacing the City Attorney’s historic function can be addressed by requiring nonprofits to give the City Attorney thirty days to file suit before any private litigation commences.

People are frustrated over current Planning Department delays. The supervisors should consider this before voting for legislation that worsens these delays when they could add a single provision achieving greater enforcement at no public cost.