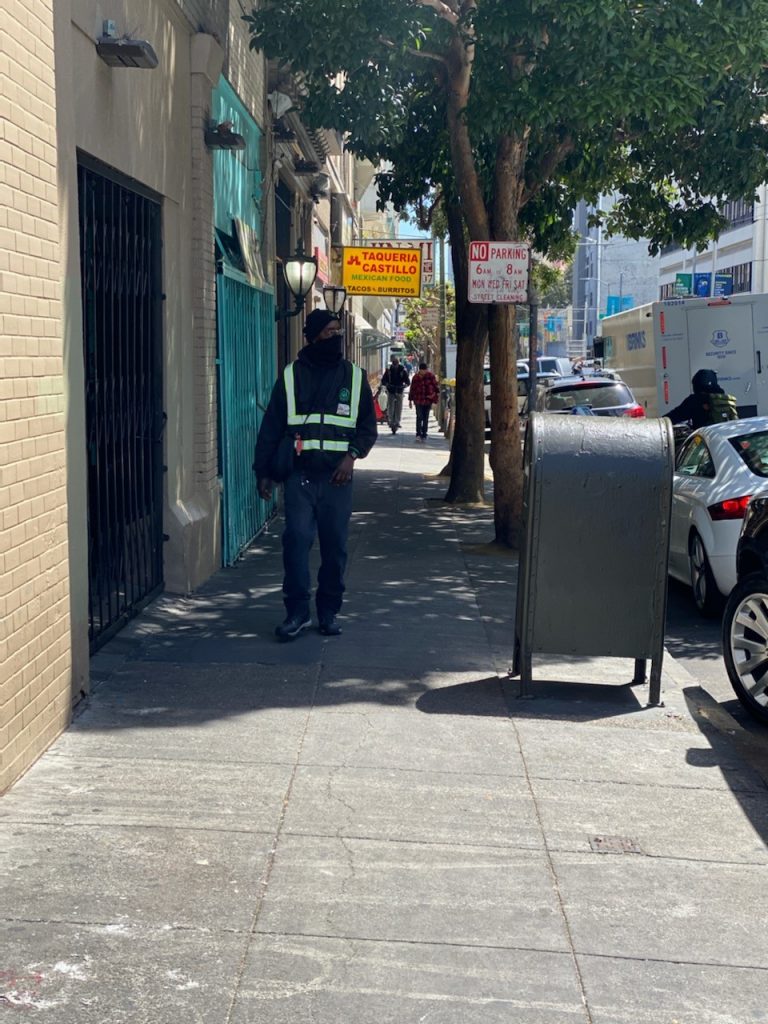 “We live daily with unacceptable and dangerous street behavior, public drug-dealing and drug-use, open-air markets peddling stolen goods, and blocked public rights-of-way that prevent our employees, customers, clients, tenants and residents from safely traveling in their own neighborhood. It is an alarming public health and public safety crisis, at once heartbreaking and appalling. We believe you agree.”—- Ani Vartanian of Rubicon Point on behalf of Tenderloin/Mid-Market stakeholders, email to Mayor Breed, Supervisor Haney and City Administrator Chu

Tenderloin and Mid-Market stakeholders have had enough. After City Hall encouraged them to invest in new housing, offices, and businesses many are finally speaking out about the lack of public services they are getting in response.

I’ve written a lot about how the pandemic has been a nightmare for San Francisco’s Tenderloin neighborhood. On the brink of an historic breakthrough when 2020 began, the Tenderloin has experienced a massive rise in drug dealing and an historic increase in street tents. A neighborhood economy driven by restaurants, bars and entertainment/cultural venues saw all shut down; outdoor dining was largely limited to one street, Little Saigon.

The closure of the legal Tenderloin economy has spawned the largest and most blatant open air drug supermarket San Francisco has ever seen. Centered along Hyde, Turk and Golden Gate, the San Francisco Police Department has failed to make a noticeable dent in its operations.

The coalition of Tenderloin and Mid-Market stakeholders emailed City Hall with four requests:

The first request is far and away the most important. It calls for $5.95 million in city support for the expansion of Urban Alchemy, a group whose safety strategies the city and stakeholders have already embraced. This public funding for Urban Alchemy’s expansion in the Tenderloin, Mid-Market and UN Plaza is matched with $3.65 million in private funds for a total program of $9.6 million.

Founded in 2018, Urban Alchemy seeks “to bring a sense of peace and respect to America’s most chaotic urban areas that are struggling with the intersection of extreme poverty, addiction, mental illness, and hopelessness.” Owners and tenants in San Francisco’s Tenderloin, Mid-Market, Sixth Street and across San Francisco hire Urban Alchemy to maintain safety on the sidewalks outside of their buildings. The City of San Francisco contracts with the group to monitor its Pit Stop toilets; during the pandemic the group even took over management of a SIP Hotel.

Urban Alchemy’s unarmed staff has proved effective in clearing sidewalks of drug dealers. Considering the pandemic reduced the Tenderloin police force fell from 170 officers to as few as 100, an alternative to the police is needed.

Until last week, Urban Alchemy’s Tenderloin and Mid-Market work was funded by private owners and tenants. This changed when city officials discovered that roughly $750,000 in security funds for the city-owned building at 440 Turk remained unspent. These funds originally came after the Tenderloin Housing Clinic, which I head and whose main housing office is next door to 440 Turk, raised concerns about ongoing drug dealing in front of the city-owned site. The lack of drug dealers has enabled these  funds to be reallocated for Urban Alchemy to improve safety along two out of control drug markets: the first block of Hyde and the 300 block of Golden Gate Ave (the latter is pictured above).

Like all businesses, Urban Alchemy requires payment for its services. With city funding, its staff can help make all of the Tenderloin and Mid-Market sidewalks safe for pedestrians—a reality other San Francisco neighborhoods take for granted. The Tenderloin has restaurants unable to open because their entrance is blocked daily by drug dealers—that this is allowed to occurred in wealthy San Francisco in 2021 is unconscionable.

In times like these it is easy to forget that the Tenderloin was long one of the nation’s great neighborhoods. I chronicle this in my book, The Tenderloin: Sex, Crime and Resistance in the Heart of San Francisco. I also show how City Hall began wrecking this great neighborhood in the 1950’s, a pattern that has frequently treated the multi-racial,  low-income Tenderloin treated as a second-class community.

It’s now time for Mayor Breed, the Board of Supervisors and City Administration Chu to help get the Tenderloin and Mid-Market back on track. This effort must start with full funding of the requested expansion of Urban Alchemy through the Mid-Market/Tenderloin Joint Operations Community Based Safety Proposal. Please contact the mayor’s office and your supervisor and urge they support this budget request.