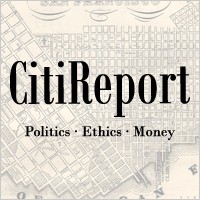 Larry Bush, long among San Francisco’s most perceptive investigative reporters, has launched a new website, www.citireport.com, that will mix tales of backroom political intrigue with astute analysis of City Hall. I have known Larry since he worked for Mayor Art Agnos, where he was a very controversial figure for his outspoken opinions. After Frank Jordan defeated Agnos in the 1991 election, Bush became a leading muckraker of Jordan Administration abuses, before joining Agnos at HUD during the 1990’s. While Bush had to work at HUD to earn a living (the Chronicle was not savvy enough to swoop him up) he is now back on his own, to the benefit of anyone interested in San Francisco politics. If you want to read someone you will always agree with, Bush is not your guy. But if you value reporters who let the chips fall where they may, and who knows where many of the bodies are buried and is not afraid to lay it out, than check out Larry Bush’s new site.