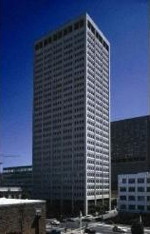 Several new residential projects are planned for San Francisco’s Central City area, showing that the tax exemption for Mid-Market and Tenderloin businesses is also boosting residential investment. The San Francisco Business Times reported last week that six major development cites in the area just south of City Hall and North of Market are slated for housing, a total that does not include the second new Trinity Plaza project under construction at 8th and Market (417 units) nor the 700-unit Crescent Heights project planned for 10th and Market. Overall, another 2000 units will be added to an area that has long needed more active street life. This influx of new residents will boost businesses in the Mid-Market, the Civic Center as well as the nearby Tenderloin, and likely help attract new commercial tenancies at Market Square and along Market Street. All in all, Mayor Lee’s strategy for the area appears to be paying off.

Once again, SF Business Times reporter J.K. Dineen proved he has the best real estate sources in town when he reported last week that Civic Center Commons Associates – a partnership between the local Emerald Fund and National Real Estate Advisors – has acquired another site in the Central City area. The entity now has six sites, 100 Van Ness (the 29-story former CSAA building with some of the city’s best views), 101 Polk, 150 Van Ness, 150 Hayes, 101 Hayes/69 Polk St. and 155 Hayes.

That represents a dramatic opportunity to bring energy to an area whose street life is largely dead on evenings and weekends. And when you add the other over 1100 units moving forward on Market, the combined impact could exceed that of the area’s more highly publicized business relocations.

A Shortage of Residents

Central City businesses have long suffered from a shortage of nearby residents. For all of the importance of drawing people from across the region to Market Street – which was why so many of us were excited about the now-stalled City Place shopping center between 5th and 6th – sustaining businesses is much easier if they can rely on patronage from those living nearby.

I have never understood why the area where one team of developers now own six sites has been so underutilized. It is close to the Van Ness Muni station, within walking distance to Bart, close to burgeoning Hayes Valley, and a short bike ride to the Mission.
It seems an obvious place for housing, yet it remained in limbo until Mayor Lee decided to make reviving the central city among his top priorities.

These new residential projects provide a great match for the new employees coming to Market Plaza and other Market Street office buildings. Those looking to walk to work will have multiple housing options to choose from.

It’s possible that this flurry of housing activity in a long dormant area near 9th and Market would have happened had Twitter not expressed interest in moving to the former Furniture Mart, but not likely. Mayor Lee believed that attracting Twitter would prove transformative for the central city, and the results have exceeded expectations.

Twitter is attracting so much investment to the area that the Mayor’s press office did not even send out a press release about CallSocket agreeing to lease 30,000 square feet in the Market Square building that will soon house Twitter (which has 200,000 square feet and will likely want more). News of CallSocket’s committment was eclipsed by the February 7 announcement that Riverbed Technologies has leased nearly 170,000 square feet at 680 Folsom – economic activity has become so frenetic in San Francisco that even the mayor’s press office can’t keep up.

According to Dineen (who alone makes the SF Business Times essential reading), real estate agents are hearing from other tech companies who want to be in Mid-Market.
This again confirms that the “Twitter effect” is real.

Would he be attracting so much investment if businesses lacked capital and were contracting rather than growing? No. But at a time when San Francisco’s Central City neighborhoods are competing with the rest of the city and the region to attract investment dollars, Mayor Lee’s enthusiasm for the area and personal attention to its needs has made a difference.