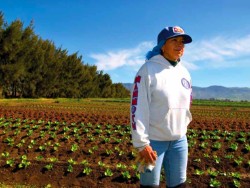 July 5 marks the 75th anniversary of the federal National Labor Relations Act, but for reasons I have previously described, the nation’s farmworkers were excluded from the Act’s protections. Secretary of Labor Hilda Solis is the child of farmworkers, and has vowed to dramatically increase enforcement of labor standards in the fields. Solis’s stance is bolstered by a powerful new report from Farmworker Justice and Oxfam America. Titled, “Weeding out abuses,” the 18-page report provides a blueprint for federal government action to finally reduce labor violations against farmworkers.