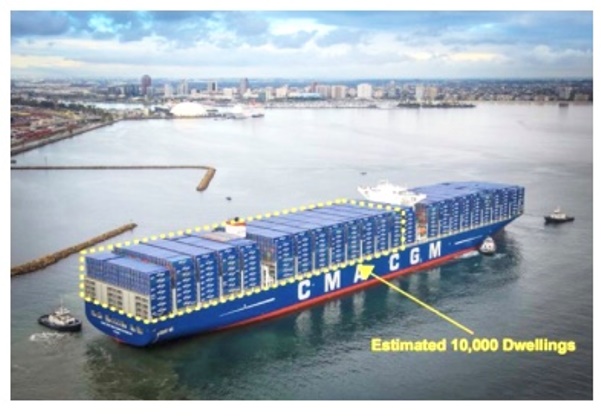 As San Francisco struggles to house homeless persons and build more housing, one solution remains less than fully tapped: constructing housing on SFMTA parking lots.  Over 120 housing advocates led by YIMBY leader Sonja Trauss have now sent a letter to the SFMTA Board urging it to convert its parking lots to mixed-income social housing. Many will be attending today’s Board meeting to urge such action.

This renewed focus on city owned parking lots follows last week’s clearing of homeless tent encampments by Acting Mayor Farrell. The controversy over the encampments exposed the hypocrisy underlying many San Franciscans’ approach to housing and homelessness. We have people decrying the rousting out of campers yet it is considered politically “progressive” to oppose new apartments outside SOMA and downtown and to exclude homeless services from many city neighborhoods.

I applaud Trauss for bringing public attention to need for mixed-income housing on SFMTA parking lots, and will follow this story as it proceeds.It parallels an effort in San Diego to get that city’s transit agency to build on parking lots, which could add 8000 units for families.

My focus in this story is on the city’s refusal to implement the most cost effective and socially productive strategy for expanding housing for homeless persons:  building Micro-PADS on SFMTA-owned parking lots.

I described and showed the interior of the Micro-PADS in a November 3, 2016 story, “SF Needs Micro-PAD Housing.” I argued that “San Francisco desperately needs to support the building of Micro-PADS,” and that statement is even more true today.

Why has the city not approved Micro-PADS on SFMTA parking lots and other city-owned land?  Because the San Francisco Building Trades opposes such housing because the external framework is made in China. Although 66% of the completed Micro-PAD would be union built at prevailing wages, the Trades see this as the first step toward turning the San Francisco into a non-union construction industry town.

I told the former head of the SF Building Trades in 2016 that the city in  could pass a law restricting Micro-PAD housing to formerly homeless persons, addressing his concern that the 160 sq ft Micro-PADS would somehow expand to even luxury housing. He said restricting this to homeless housing made no difference. I was also told by another top labor official that opposing Micro-PADS whose structure is built in China  is a “non-negotiable” position by labor.

So at a time when plumbers and electricians are scarce in San Francisco due to the rebuild of Santa Rosa after the fire, and this scarcity has driven up construction costs across the Bay Area, we have the Building Trades keeping homeless people on the street to protect jobs for their members that are not at risk.

That may sound harsh, but it is hard to reach another conclusion. San Francisco City Hall has decided to keep people on the streets in order to protect building trade jobs that are not in jeopardy. The Trades are busier than ever, which is why construction costs have skyrocketed.

I’ve read people saying that there were other reasons for the city not allowing Micro-PAD housing other than labor’s opposition. That is false. I talked to Mayor Lee about this soon after my November 2016 story and he made it clear that opposition from the Trades made Micro-PADs untenable.

I’ve heard no candidates for “Change” in the mayor’s race suggest changing this status quo. The Trades will say they accept domestically built modular housing, but modular offers nowhere near the cost savings as Micro-PADS.

I have been in San Francisco for all of the sweeps of tent encampments since homeless became widespread in 1982. The story line never changes.

One side says it’s wrong for people to be living in tents in San Francisco. The other says it’s unfair to close encampment when the city lacks alternatives. Yet when it comes to creating viable housing options to expand the city’s housing for homeless persons, there is resistance from both camps.

Recall that San Francisco’s homeless “advocates” and “progressives” strongly opposed Gavin Newsom’s Care Not Cash. Their opposition continued even after Care Not Cash became the most effective housing strategy for homeless persons in city and perhaps United States history.

Similarly, when Mayor Willie Brown backed the master leasing of SROs for homeless persons, advocates opposed it for reducing weekly rental options for the poor. Master Leasing implemented Care Not Cash and now is the consensus model of the best strategy for permanently housing the formerly homeless.

San Francisco has implemented no new strategies for housing large numbers of homeless persons since the master leasing program began two decades ago. No wonder the debates about breaking up encampments never change.

And when an innovative new strategy like Micro-PADS comes up, the protectors of the status quo are there to veto it. San Francisco could add 1000 Micro-PAD units and drastically reduce its visible homeless population, but it prefers to maintain the status quo,

It’s hard not to get cynical about San Francisco’s approach to homelessness.

Every mayor since Dianne Feinstein has been blamed for people living on the streets. Yet when opposition to Micro-PADS is joined by opposition to homeless services in certain districts,  opposition to economically viable new apartments on the city’s Westside, and opposition to high density housing on transit corridors, it becomes a political shell game that perpetuates the status quo.

Not a single “progressive” supervisor has endorsed Prop D, the Housing for All measure on San Francisco’s June ballot. Prop D would bring the biggest influx of new homeless funding in city history—yet the same politicians claiming a lack of options for homeless persons refuse to support it.

Former mayor and rebranded progressive icon Art Agnos asked at a meeting last weekend “How big do we want our city to be and for whom?” Agnos has gotten a lot of criticism on social media for this comment, with many justifiably asking if that means the city should turn its back on immigrants and other newcomers.

But I think Agnos’s comments reflect the views of many San Franciscans. Such people do not want people camping in the city and believe that the city should find housing or shelter for them. But they also don’t want homeless persons housed or sheltered in their neighborhoods, and make that point crystal clear to their district supervisor.

How do they reconcile such contrasting views? They don’t. They instead blame whoever is mayor for not “solving” the problem.

Will the next mayor create a new housing paradigm for San Francisco? We will soon find out.

Randy Shaw is Editor of Beyond Chron. He discusses San Francisco’s attitude toward housing in his upcoming book from UC Press, Generation Priced Out.