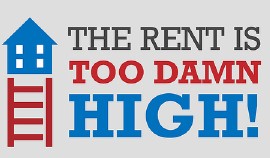 Both weak income gains and rising housing costs have contributed to this growth. Over the past 30 years, the median renter income has generally risen during economic expansions but then given back any gains during subsequent recessions. Following the 2001 downturn, however, real renter incomes failed to rebound and now remain below their 1980 level. At the same time, real contract rents have climbed by more than 15 percent since 1980.