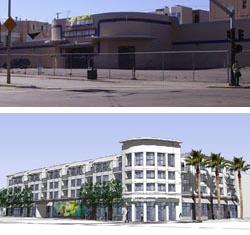 As the San Francisco Board of Supervisors returns from its summer recess, housing policy will top its fall agenda. Two proposals are up for debate. First, Supervisor Chris Daly is sponsoring a charter amendment that would guarantee at least $30 million annually for affordable housing. Second, the Mayor’s Office of Housing has unveiled a plan for the industrial areas of the Eastern Neighborhoods (parts of the Mission and Potrero Hill) to address an alleged “gaping hole” in the city’s current housing market – a supposed lack of housing for those earning between 120%-150% of area median income. Both proposals are likely to run into problems: Daly’s divides available funds in too many pots and fails to sufficiently prioritize families, while prior attempts by the Mayor’s Office to encourage housing for families earning over $100,000 annually –such as the March 2004 “Workforce Housing Initiative,” Prop J— have found little support. Can a consensus policy to address the city’s housing crisis emerge?

Prior to the Board of Supervisors leaving on its summer break, it approved a controversial project at 3400 Cesar Chavez that left many affordable housing activists fuming. These activists are likely to be even less happy about a new proposal floated by the Mayor’s Office at the August 30 Planning Commission meeting, which seeks to create new incentives for building housing for those earning between 120-150% of area median income.

For those unfamiliar with the meaning of area median figures, the big debate in San Francisco has been over the need to reduce affordable housing targets from the traditional 80% of median (around $75,000 for a family of four) to 60% (around $55,000) and even 40%. The city’s affordable homeownership program targets those earning 100% of area median (around $90,000 for four) but no city program outside the Redevelpment Agency (120%) assists those earning over this amount.

But Housing Director Matt Franklin told the Planning Commission on August 30 that “the market is not producing enough housing” in the 120-150% of median income range. He described the situation as comprising a “gaping hole in the city’s current housing delivery system,” one that requires zoning changes in the industrial areas of the Eastern Neighborhoods to “incentivize” the construction of such housing.

Is there a shortage of housing affordable to the 120-150% income group? Are new incentives really needed?

Not according to Sean Keighran, President of the Residential Builders Association. Keighran notes that many if not most of the units built by his members already target this group. The typical San Francisco condo built in a small project, or even many in larger developments like the Palms on Fourth Street, are primarily housing people in the 120-150% median income range.

Franklin raised a similar claim in a Board of Supervisors Land Use hearing involving the 2004 housing bond. It provoked an angry response from Committee Chair Chris Daly, who questioned whether those earning those incomes were really in need of city assistance.

Now, three years later, the debate over the housing needs of those earning well above the city median income is about to re-emerge.

Unlike the plan to use the housing bond to help higher income residents, Franklin’s new proposal does not offer financial aid to this high-income group. Franklin also made it clear at the Planning Commission that this is an idea that is still in the exploratory stage.

But it seems that the Mayor’s Office clearly supports creating zoning incentives for building housing for an income group whose needs are being adequately addressed by the private sector.

If incentives—specifically an upzoning that would increase the number of units that could be built on a site—are to be used in a portion of the Eastern Neighborhoods, a majority of Supervisors are likely to want the beneficiaries to be at much lower incomes.

But give Franklin credit for adding a new option—density bonuses— to the affordable housing debate.

This approach may help politically, but it ensures that the money will not have a major impact on addressing the city’s most pressing housing problem: the lack of affordable housing for families with children.

For many perfectly understandable reasons—-the high cost of creating large family units, the huge rent subsidy costs when the Section 8 program is at risk, zoning that prevents family housing, to name three—San Francisco has completely failed to provide a fair share of housing for low and moderate income families. During the Newsom years, the city has provided over 2000 subsidized housing units for single adults, but only a small fraction of this amount for families.

The exodus of families with children has caused alarm, yet this sense of crisis is not reflected in Daly’s charter amendment. Daly has consistently been a staunch advocate for family housing, but his proposal currently allocates 40% (less than $15 million annually) to 2 bedroom units potentially suitable for families, when at least 75% (at least $25 million) is necessary to make a meaningful impact.

While divvying up funds to a wide spectrum of needs keeps diverse constituencies happy, allocating only $15 million to families also ignores the realities of the San Francisco housing market. In this market, $3 million buys a piece of land that only produces as many as 30 units, and this does not include construction costs.

In light of rising costs of land, labor and materials, any housing set aside requires allocations to family housing of at least double the current proposal.

If San Francisco is as serious about housing families as it was about creating units for homeless single adults, then family housing should be the charter amendment’s chief goal. The single-minded focus on families will achieve noticeable results, boosting political support for housing funding and slowing the family exodus that so troubles San Franciscans.

Ultimately, a deal could be struck whereby Franklin’s density bonus plan for portions of the Eastern Neighborhoods is linked to the construction of affordable family housing. This action, coupled with a family-focused housing funding set aside, would send a message that San Francisco’s political leaders in 2007 took bold action to keep children in the city.

Is such a resolution possible given the city’s longstanding and often bitter housing battles? Well, Board President Aaron Peskin has one year left in office, and if anyone can bring all the parties together to reach consensus, he can.

San Francisco faces a choice: develop housing policies to maintain economic diversity, or continue becoming a city of the rich and poor. With other Supervisors from the Class of 2000 also in their last year in office, the time may be ripe for a solution to the city’s housing crisis that can comprise their ultimate legacy.