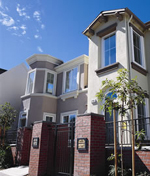 Last week, a California Appellate court took a giant step toward eliminating affordable rental housing in communities across California. In Palmer/Sixth Street Properties v. City of Los Angeles, the Court ruled that a Los Angeles inclusionary housing law was preempted by the Costa-Hawkins Rental Housing Act. As a result of this decision, inclusionary housing laws across the state are in jeopardy of being tossed out by over-zealous judges.

There has been virtually no coverage of this Court ruling, perhaps in part because the decision is cloaked in legalese that does not make for riveting news headlines. But behind the legalese is one undeniable fact: three judges on the Court of Appeal have rewritten California law, and jeopardized the development of affordable rental housing across the state. This decision must be reversed, and it had better happen quick.

Inclusionary housing laws exist in communities across California and are essential to the development of affordable housing, especially at a time of ever-shrinking government funds for affordable housing. Over 150 jurisdictions in California have some variation of these laws. As the California Coalition for Rural Housing puts it, “inclusionary programs are putting roofs over the heads of tens of thousands of Californians.”

Under these laws, local approval of a development project is conditioned on the developer agreeing to include a certain number of affordable units. Some of these laws, like the Los Angeles law, offer developers the alternative that they can pay an “in lieu” fee so that the city can finance the construction of affordable units elsewhere – if the developer doesn’t want to include them in the proposed project.

In the Los Angeles case, a low-income residential hotel previously existed at the site to be developed. The City, under its ordinance, imposed a condition when it approved the proposed development requiring that the developer either agree to provide the specified number of affordable units in the project, or pay an “in-lieu” fee. The developer sued, claiming the requirements were invalid under California’s Costa Hawkins Rental Housing Act.

The Court of Appeal acknowledged that there was no “case directly on point,” but nonetheless reasoned that Costa Hawkins preempted the Los Angeles ordinance. According to the court, a law requiring affordable rental units as part of new construction that is “hostile and inimical” to a landlord’s rights under Costa Hawkins.

The California Supreme Court should reverse this erroneous decision. The Legislature passed the Costa Hawkins Rental Housing Act in 1995. No appellate court has found that the Act preempts inclusionary housing laws, because the Act has nothing to do with inclusionary housing laws. The Act established vacancy decontrol in rent control jurisdictions, allowing landlords to charge any rent to new tenants after a vacancy, and exempting certain types of units (single family homes, condos, etc) from rent control laws.

Costa Hawkins is bad enough, without judges rewriting it to invalidate inclusionary housing laws. Costa Hawkins undermined local rent control systems, and provided an incentive for unscrupulous landlords to drive long-term tenants from their homes in order to get higher rents from new tenants. If the legislature had also wanted to eliminate inclusionary housing laws, it would have said so in the Act.

This case continues a very disturbing pattern of judicial activism in California hostile to the needs of renters and favors the interests of developers and landlords at all costs. Unfortunately, as legally flawed as the Palmer case is, it comes as no surprise to tenant advocates who have become accustomed to seeing California judges rewriting laws to benefit landlord interests.

Amidst California’s housing crisis, it is particularly shameful that a court would suddenly, for the first time since the Costa Hawkins Rental Housing Act was enacted more than a decade ago, decide that the Act preempts affordable housing laws that are so important to communities across the state.

The Palmer decision must not be allowed to stand. If the Supreme Court does not promptly reverse the decision, the Legislature should step in. Affordable rental housing for tens of thousands of families is at stake.