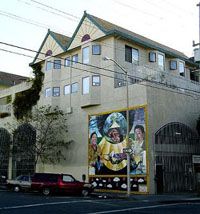 The controversy over the Mission Gardens condominium project is the latest in a long series of Mission battles pitting market-rate developers against community groups concerned about gentrification and displacement. Zoning controls have limited market-rate housing in the Mission since 2001, but during that time nonprofit housing groups have secured few parcels for affordable housing. Considering that land in high-priced SF will not simply lay fallow, failure to build affordable housing in the Mission has facilitated upscale development. With Mission Housing Development Corp no longer aggressively building in the community, a new affordable housing engine is needed.

The contrast between the Tenderloin and the Mission could not be more striking: whereas the Tenderloin Neighborhood Development Corporation pounces on every available piece of land and moves to build affordable family housing, Mission housing groups sit by while sites are picked up by market-rate developers. It’s not that Tenderloin land is cheaper (it’s more expensive); rather, it’s that the Mission lacks a nonprofit group aggressively acquiring sites for affordable housing.

This void in the Mission nonprofit housing world has created a situation in which most new proposed housing projects are market rate. Activists understandably raise concerns over the cumulative impact of such projects, and this impact has been worsened by the lack of new affordable units as a counterbalance.

Although MHDC is rebuilding Valencia Gardens, it has projects in Mission Bay, near Opera Plaza, and no longer aggressively pursues affordable housing sites in the Mission. Nor is any other housing nonprofit currently pushing to build new housing in the area.

This leaves two possible and not mutually exclusive options: existing nonprofit housing groups should expand their work to the Mission and a new Mission-focused HDC could be created. The former avoids the additional administrative costs involved with establishing a new HDC and would likely be the city’s preferred option.

HDC’s already operate outside their original boundaries, with Chinatown Community Developer Center having a major presence in the Tenderloin while TNDC owns many properties in the South of Market. If the Mayor’s Office of Housing earmarked funding specifically for the Mission, and actively solicited proposals, HDC’s would assuredly respond.

The problem is that the desires of the HDC’s, rather than the Mayor’s Office, has long driven city affordable housing projects. This has caused areas like the Tenderloin with an active HDC to get low-income family and senior housing built, while such housing is not built in the Mission where it is also desperately needed.

During the recent debate over the Rincon Hill community benefits package, Supervisor Jake McGoldrick argued that it was unfair to focus resources on SOMA when the Mission had unmet needs. But since that debate McGoldrick has not pushed to require that a minimum percentage of the city’s affordable housing money be spent in the Mission, nor has he taken any other action to address this need.

The cruel irony over the lack of a Mission focused affordable housing developer is that this is the neighborhood where family housing—supposedly now a top city priority—is greatly needed and most easily built. Both SOMA and Visitacion Valley have density restrictions discouraging nonprofit family housing, where these disincentives do not exist in most of the Mission.

In addition, a new obstacle to building affordable housing in the Mission has emerged with the push to create a Mid-Market Redevelopment Area. This plan, if adopted, would allocate affordable housing money to the same area eligible for Rincon Hill housing mitigation money. Not only are there insufficient quality sites to use this money, but this diversion would starve the Mission of critically needed family housing resources.

As for-profit developers steadily acquire Mission District land, the number of potential affordable housing sites in the neighborhood will continue to decline. It is an absolute tragedy, and one that cannot simply be blamed on Mission Gardens and other market-rate projects.