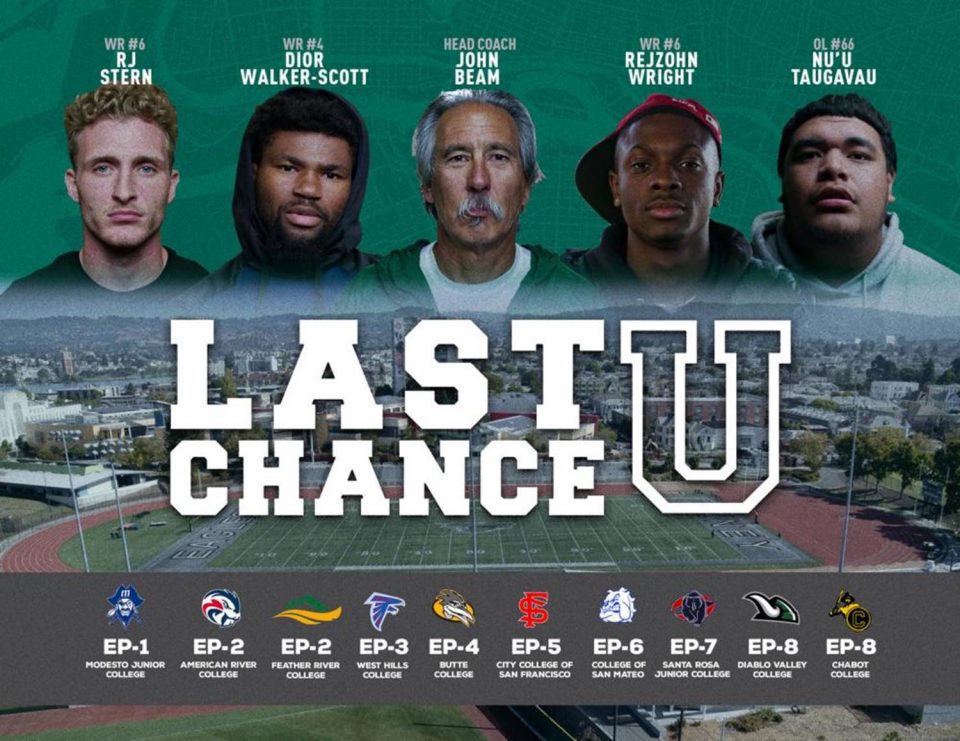 I strongly encourage everyone concerned with the urban America to watch the new Netflix series Last Chance U. It profiles people whose voices are too often ignored in stories about cities. On the surface a story of Laney College’s football team, the show offers much, much more. It’s many themes include the impact of rising housing prices on Oakland’s Black population. The show particularly highlights how San Francisco’s economic boom brought workers priced out of the city to Oakland, boosting gentrification and the displacement of its historic Black population.

Oakland gentrification is as central to the show as the football team’s fortunes. Nearly each of the eight episodes highlights concerns that Oakland’s Black residents are being priced out as Oakland transforms into a different type of city.

Last Chance U is a case study on the intersection of race, poverty and the lack of affordable housing. One of its main characters is homeless, and goes to school, practice and work while sleeping in his car.

There is a lot to unpack from Last Chance U. I’m focusing on its message about how San Francisco’s economic boom drives Oakland’s gentrification.

San Francisco’s impact on Oakland is discussed throughout the series, especially in episode 5 when Laney plays City College of San Francisco. Laney players and staff raise many common stereotypes about the differences between “The City” and “The Town.”

All believe that San Francisco’s tech boom has caused more affluent workers to seek housing in Oakland. And that this increased housing demand is driving gentrification and the displacement of its Black residents.

The displacement of Black Oakland residents instead occurred following a multi-year period where Oakland built barely any new housing. The lack of new supply, when connected to increased demand from San Francisco workers priced out of The City, was a recipe for gentrification and displacement.

In Generation Priced Out: Who Gets to Live in the New Urban America I show this same gentrification pattern in nearly a dozen cities. Contrary to what many still argue, its not building housing, rather than new market rate developments, that typically drives the gentrification process.

San Francisco’s failure to house its workforce has dramatically boosted Oakland’s housing prices. My book describes a longtime Oakland resident who decided to move to Stockton to get an affordable home; similarly, a major character in Last Chance U lives in Stockton because his mother—an Oakland waterfront worker—could not afford an Oakland home.

Oakland’s unaffordability resonates throughout the series. Players must live with parents or family members. Many fear for the future of Oakland’s Black population.

In San Francisco, Mayor Breed and Supervisor Walton have been focusing on strategies to help San Francisco’s Black population, which is down to 5%.  Walton joined Supervisor Matt Haney for a Tenderloin press event on Monday in which Black leaders and housing advocates called “for long-term investment in housing Black San Franciscans, starting with this year’s City budget.”

Unfortunately, San Francisco’s restrictive, anti-apartment housing policies continue to impact Oakland’s housing market. So long as vast stretches of San Francisco are off-limits to the apartments that would keep new workers living in the city, they will find more affordable units in Oakland. The lack of San Francisco housing options will continue driving up housing prices in Oakland, and driving out its longtime Black population.

Last Chance U is a remarkable achievement for a series long associated with football players getting a final opportunity to play. It’s about a lot more, which is why it is worth watching even if you have no interest in football.