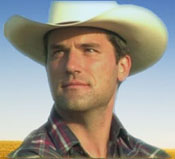 With the presidential primary fight now behind us, activists can focus their attention on Congressional races to expand the Democratic majority. On May 13th, Nebraska will hold a statewide primary for a U.S. Senate seat currently held by a Republican. And Democrat Scott Kleeb, a 32-year-old rancher, is running an Obama-like campaign for change. His opponent, Tony Raimondo, is a manufacturing executive who switched parties because the Republican establishment rallied behind another candidate. Like Obama, Kleeb’s campaign has been fueled by small online donations – and has grassroots appeal that has energized the Democratic Party. If 2008 is going to be the year of change like many are predicting, Kleeb should do better than expected.

“I’m running for the Senate because I want to be a part of this moment in history,” said Kleeb. “It’s happening at the presidential level, and will affect the future of our country. I know that I have something to contribute on a number of issues, including energy conservation. I want to be part of this overwhelming call that people have for engaging in politics, and inspire people to get involved. It’s a year of change because people are re-engaging and re-enlivening our democracy.”

After getting his PhD in history at Yale, Scott Kleeb moved back to Nebraska in 2006 and ran for Congress in the state’s most Republican district. He got 45% of the vote – in a district where John Kerry only got 22% just two years earlier. He got married after the election, had his first child and took a teaching job at Hastings College. When Senator Chuck Hagel announced his retirement at the end of his term, Kleeb entered the race to replace him – giving Nebraska its first competitive Democratic primary in decades.

Nebraska’s a solid red state – but with Obama at the top of the ticket, Democrats sense an opportunity to expand the map. A Survey-USA poll from early March showed John McCain winning Nebraska in a match-up with Obama, but only by a three-point margin. Nebraska awards its electoral votes by Congressional district – so Obama could win a few there, and his campaign could help elect more Democrats to the House and Senate.

And the Obama campaign has energized Nebraska Democrats. “We’re seeing people coming into our campaign offices,” said Kleeb, “and it’s enlivened people to become involved. What I learned in 2006 is that people don’t get involved in a campaign because of you. They get involved because of them. And we’re seeing that impact across Nebraska.”

At this point, the Kleeb campaign has recruited about 2,500 volunteers – and has raised about half a million dollars (mostly in small donations.)

That’s how much his primary opponent, Tony Raimondo, has raised by cutting himself a check – and who’s now outspending Kleeb 3-1 on television. A millionaire industrialist who was George Bush’s first choice as manufacturing czar, Raimondo had planned to run for the Senate seat this year as a Republican. But once the GOP establishment rallied around ex-Governor Mike Johanns, he saw no chance of winning the nomination and switched parties to run as a Democrat.

Raimondo was recruited to run by Senator Ben Nelson, the most conservative Democrat in the U.S. Senate – and Nebraska’s only statewide elected Democrat. For years, Nelson has built a political career in Nebraska by running against his own party – and campaigns with photos of himself hugging George Bush. It’s helped him get re-elected in a deep red state, but does nothing to build the Democratic Party or push progressive causes.

Kleeb believes that to be competitive in Nebraska, Democrats must invest in the state party’s infrastructure – and field candidates for local and county office. “If you grow up in a town and there’s only one church,” he said, “what denomination do you think you’ll end up joining? Well if you want to get involved in Nebraska politics, you end up being a Republican. Democracy demands conversation. When we don’t build parties, we don’t build that conversation. We need to engage people who’ve never met a Democrat.”

Kleeb’s campaign has energized Nebraska Democrats – many of whom resent that Raimondo is running in their primary. The state AFL-CIO has endorsed Kleeb because he supports the Employee Free Choice Act, and probably because of Raimondo’s labor record. “Unions have been a strong force for the middle class in stopping stagnant wages,” said Kleeb, “pushing for retirement health, and a strong voice for education.”

As a college professor and an Ivy League graduate, Kleeb has endured predictable right-wing attacks of being elitist. Raimondo has even shot a TV commercial calling him an “academic.” But Kleeb doesn’t shy away from that target. “Education is a strength,” he said. “When we talk about health care, when we talk about energy, we’re ultimately talking about education. It’s the silver bullet that touches on each of these things, and is something that we should celebrate. Let’s not run from education.”

Loyal readers may recall my prior conversation with Scott Kleeb in August at the Yearly Kos Convention, where we had some disagreements on how to get out of Iraq. It’s an issue that should give progressives pause, because Kleeb would not be replacing just any Republican in the Senate – but Chuck Hagel, the most vocal and consistent Republican critic of the War.

But Kleeb assured me that his position on Iraq is no different from Hagel. “There is no military solution in Iraq,” he said. “We must signal right away to the Iraqis that we won’t be there forever, and that their future is ultimately up to them. We will start reducing our troop presence, and we must use our diplomatic levers. Any future funding must be tied to political and economic benchmarks. The War has made us weaker, not stronger – but the real question now is how do we get out responsibly.”

On Iran, Kleeb echoed Barack Obama in saying that we must be willing to meet with foreign enemies. “We have a lot of leverage with Iran – diplomatically, economically and politically,” he said. “JFK said that we should never negotiate from fear, but we should never fear to negotiate. We can recognize and achieve a common cause that is beneficial to the United States – without always turning to military strength. Diplomacy, if done right, is a great tool.”

It will be a tough battle for Kleeb to win the primary on Tuesday, and it will be an even greater challenge in November against Mike Johanns – the popular former Governor of Nebraska, and George Bush’s former Secretary of Agriculture. Right now, the Nebraska Senate race is not on the radar of most political observers – as conventional wisdom says that Republicans will keep the seat handily.

But Kleeb could benefit from a “perfect storm” of this year’s political dynamic. Voters are demanding change, Obama’s campaign will make Nebraska competitive for local Democrats, and Kleeb fits the bill of the young idealistic candidate who is popular at the grass-roots level. I predicted in January that 2008 will be the year of change – which creates the perfect opportunity for Kleeb to run for the Senate.