Our Homes, Our Votes Getting Housing Crisis on Presidential Campaign Radar 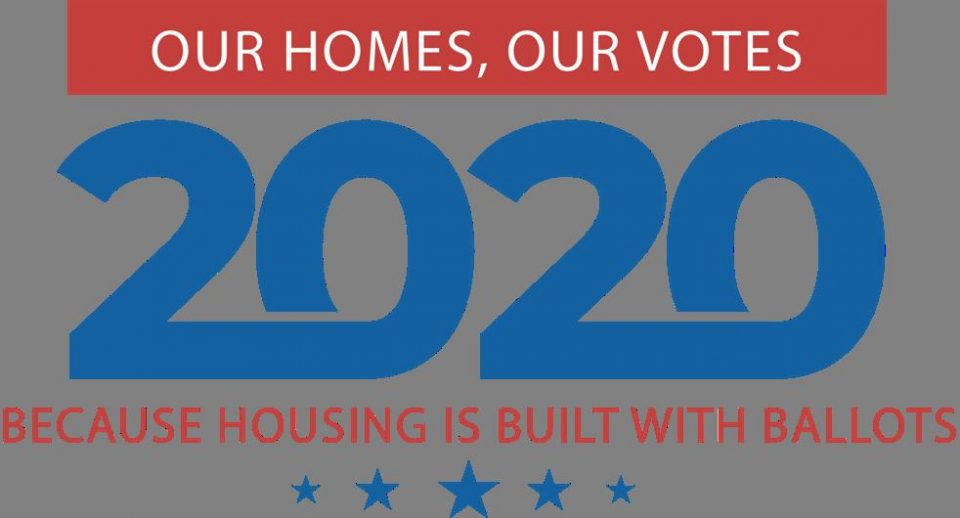 The National Low Income Housing Coalition (NLIHC) has launched the Our Homes, Our Votes: 2020, a non-partisan project urging presidential candidates to offer solutions to the nation’s affordable housing crisis. This strategy is long overdue.

In 2001, I won an award from the nationally acclaimed Project Censored project for writing in the magazine In These Times what they honored as the ninth most under-reported story of 2000-2001. My topic? How the three top presidential candidates in the 2000 election—Bush, Gore and Nader—completely ignored the affordable housing crisis in their campaigns.

I could have written the same story with only the candidates’ names changed for the 2004, 2008, 2012 and 2016 elections. Housing has never been on the national presidential campaign radar.

A major reason the housing crisis gets excluded is that the Democratic Party nominating contest has placed undue influence on Iowa and New Hampshire. Neither state has a major urban affordability crisis so questions about the issue do not come up in the Town Halls surrounding these opening contests.

NLIHC is overcoming this obstacle by partnering on the Our Homes, Our Votes: 2020 project with the Iowa-based Polk County Housing Trust Fund (PCHTF) and Housing Action in New Hampshire. The goal is to conduct meetings and town halls with presidential candidates to discuss housing affordability and solutions in their states. The first will be a town hall with former HUD Secretary and now presidential candidate Julián Castro in Cedar Rapids, Iowa on June 15, 2019.

But the biggest reason to believe housing will be a front burner issue this year is that California’s primary is now in March rather than June (it’s part of Super Tuesday). Town halls throughout the state will inevitably highlight the housing crisis. NLIHC now has a strategy for connecting with such events,  and I expect to hear a lot of candidate talk about housing in the months ahead.

I cannot say this often or loudly enough: we aren’t solving the housing or homeless crisis without a massive infusion of federal funds.

I regularly hear groups working to secure state and local funding to address affordable housing and homelessness highlight all the good these funds will do. Absolutely As I argue in Generation Priced Out: Who Gets to Live in the New Urban America, we need local, state and federal funds to solve the crisis.

But no major city has the resources to end homelessness with only local and state funds. Consider Los Angeles. Its 2016 initiative that raised $1.2 billion to address homelessness will provide 7000 homes in a city with 59,000 homeless persons (the original projection of 10,000 homes was reduced due to rising construction costs). Los Angeles needs over $10 billion alone to sharply reduce widespread visible homelessness.

Assuming California adds over $2 billion in new housing and homelessness spending (via the Governor’s budget), that would still leave Los Angeles with over 45,000 homeless persons even if every dollar went there.

You get the point. We desperately need the massive new federal dollars that the last two Democratic Presidents—who served for sixteen years—failed to deliver. And the chances of this happening are greatly advanced by Our Homes, Our Votes: 2020.