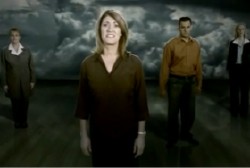 When I was in Maine defending marriage equality, it became very clear that the anti-gay National Organization for Marriage – who poured millions into the state while refusing to register with the Ethics Commission – has no shame. But now, they have taken their Orwellian campaign to a whole new level. In an e-mail sent out last week, the group working to deny the rights of gay people to get married is trying to rebrand itself as the “new civil rights movement.” Unlike Maine or California, repealing marriage equality in Washington DC has proven to be much harder for them – because it’s not so easy there to put propositions on the ballot. They’re going to court, and demanding their “constitutional right to vote.” In other words, they are asking for their “right to vote” – so they can take away the right of people to get married. According to their Chairman, it’s a “burning civil rights question.” To get a real idea of who NOM is, Daily Kos blogger Dante Atkins has a great exposé up on their racist and sexist agenda.