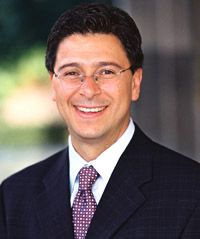 With the Board of Supervisors set to give final approval tomorrow to a MUNI budget that includes fare hikes and services cuts, it appears one last chance for transit advocates to reverse its effects may be on the horizon. The recent discovery of unexpected state revenue generated from gas taxes could pump $17 million into MUNI, helping to close its massive debt without hurting poor and working-class transit riders. Now, it’s up to state legislators currently debating California’s budget to ensure this golden opportunity doesn’t us pass by like a packed 22-Fillmore.

Every year, the state of California rakes in hundreds of millions in gas taxes. The tax is a percentage of the cost of gas per gallon, and with fuel prices reaching record heights, the state has been reaping the benefits.

Half the recently discovered revenue from these taxes goes into a fund called the State Transit Assistance (STA) program. Money in the STA can go towards a variety of transit uses, including operations and capital improvements. For MUNI fare hikes and service cuts to be stopped here in the city, the state legislature would have to designate the entirety of the newfound money towards operations.

The argument for doing this is a simple one. Transit agencies across the state have been feeling the pain of receiving worse service at a higher cost, with the Bay Area in particular taking major hits. Transit agencies in San Mateo country, Alameda County, Marin County, and BART have all undergone hikes and cuts in the past two years.

To stop these harms from occurring, transit advocates should pressure the state to ensure all extra funds from the gas tax go towards preventing hikes and cuts. The Transportation and Land Use Coalition, (TALC) a broad coalition of organizations devoted to more environmentally and economically sustainable transit and development, has begun a campaign to do exactly that.

TALC sees the recent rejection of both governor Arnold Schwarzenegger’s proposed budget and the Democrat’s alternative budget as a perfect opportunity to earmark the gas tasks for stopping hikes and cuts.

“As negotiations go on behind closed doors over a final state budget,” said Amber Crabbe, Project Director for TALC, “We’re asking people to contact the four legislators primarily involved in these negotiations – Don Perata, Wesley Chesbro, Fabian Nunez and John Laird – and let them know how important this money is.”

Crabbe emphasized the influence of real-life stories as to how cuts and hikes will effect people on legislators.

“Any kind of personal anecdote – fares went up so my kids don’t have money for lunch to demonstrate, or now I can’t work,” said Crabbe, “will help show how hard these service cuts and fare hikes are hurting people.”

But activists and everyday citizens alone should not be the only ones involved. According to Transportation for a Livable City’s (TLC) Jeremy Nelson, pressure from San Francisco’s elected officials and city agencies could go a long ways towards securing more money as well.

“If the people at the MTA and at City Hall called in favors and made phone calls ,there’s a real potential for 18 million in new revenue from the state,” said Nelson. “And TLC hopes that those people are exercising leadership to get their share of this money. They say, ‘if we could avoid a fare hike, we would. Well, here’s a chance for their actions to match their words.”

To see how you can help, e-mail Amber at amber@transcoalition.org. Send feedback to Casey@beyondchron.org.