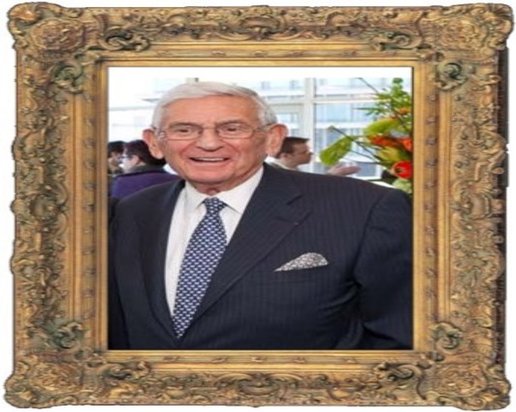 There now is a flow of fresh  cultural monuments in Los Angeles that runs from the High School of the Arts over to Disney Hall. This includes, of course, the 36-year-old Museum of Contemporary Art, with which billionaire philanthropist Eli Broad was once deeply involved, and which Broad’s new art museum now competes with. All of a 30-year sudden, we have a cultural downtown center, complete with a hinterland of new bars, stores, costly restos and so on.

Little is left of the downtown of 40 years ago – or of its scruffy arts bohemia. But that is the way of these things: Yupster egg joints are replacing the old Grand Central Market stalls that sold fruit for 20 cents a pound, new buildings arise on former parking lots where dead people sometimes turned up in the cars of those who worked overnight nearby.

The Broad museum (it’s officially called “The Broad”) looks like a mammoth white-enameled Claes Oldenburg version of a Sur La Table cheese grater. It’s had several openings before the big one on Sunday, September 20 for the public at large. I went to the final press preview on September 16, where Broad himself, a little man wearing a red necktie, and whose voice seems to have only the highest and deepest registers, termed it the nation’s finest collection of “modern contemporary art.” My mind wrestled with that. Other event speakers, who repeatedly proclaimed that Los Angeles was today the world center of modern art, sounded a bit strident when one thought of New York’s MoMA and now, its new Whitney. Art and boosterism are uneasy companions.

If the exterior wasn’t overwhelming, architects Diller, Scofidio + Renfro’s  ground-floor interior is very pleasing, with flowing, Yves Tanguy-inspired curved surfaces that embrace a 105-foot escalator to the third floor, where most of the action is. The Rauschenbergs, the Lichtensteins, the Basquiats, Robert Therrien’s mightily oversized kitchen table and chairs (these will probably be the most enjoyable things in the museum for children, because they make even adults appear toddler-size.) There is also a sprawling roomful of Jeff Koons, enough for even Koons fans to overdose on.

There are things that  really surprise, including a wondrous Julie Mehretu painting — a post-modern cityscape  of Cairo blending realism and abstraction, which won’t let go of your eyes. And there’s that  huge Anselm Kiefer of the great empty hall with the blazing torches that used to be at the Los Angeles County Museum of Art. A nice woman with a red badge spoke about the picture to me; she was a member of a staff that both guards the works and explains them to visitors. What a great idea.

There was also a random sprinkle of Toulouse-Lautrec, Picasso and Miró. (Maybe these are the implicit “ancient contemporary” works.) Not to mention all the works you can’t quite see. Seven-eighths of Broad’s nearly 2,000-piece collection is stored in a “vault” that fills the middle of the building, through which you pass on your escalator ride. There are peepholes to see what isn’t on display. But some day, maybe it will all be up there on the third floor. Because taste changes, and even Eli Broad’s will be subjected to the transformations of time. Meanwhile, the Broad has an immense advantage over the great New York museums mentioned above: It’s free.

The museum had a $140 million price tag. Another Broad project rings up at $490 million —his proposed “reinvention of our public education system,” which involves changing half of the Los Angeles Unified School District into charter schools. As the  museum opened to the public, United Teachers Los Angeles members demonstrated outside. Not for the first time they asked why a billionaire, whose sole instructional experience had been teaching accounting at adult night school, should be so intent on upending the nation’s second largest school district.

“Broad is for deregulation and running schools like businesses. Creating an expanding sector of unregulated schools is in line with this…. He doesn’t understand the dramatic negative impact deregulation has on the students who are most struggling and who are left behind and excluded.”